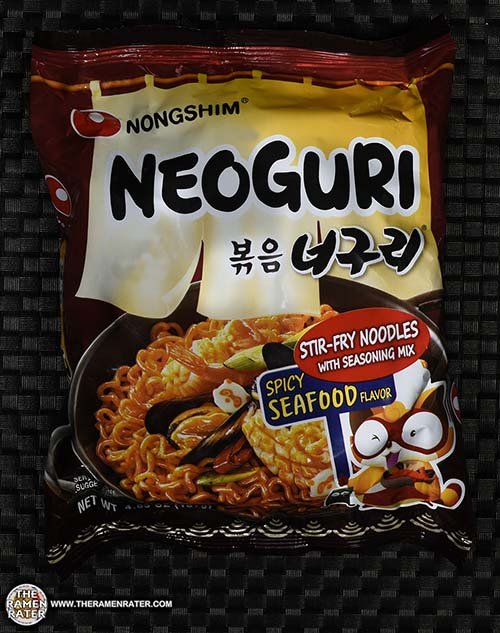 I have long recognized this package – except this one has a twist! These have no broth. Here’s a little from Wikipedia about Neoguri –

Neoguri (Korean: 너구리 lit. Raccoon dog) is a brand of ramyeon produced by Nongshim in South Korea since 1982.[citation needed] It is exported to over 80 different countries,[1] and is the fourth highest selling brand of noodles in South Korea.[2] It is well known for its thick noodles and its spicy seafood flavour. The Korean version has a big piece of kombu, while the U.S. version doesn’t have a piece of seaweed in it.

I’m experiencing a little confusion about that mention of kombu. I’ve had many packs of Neogurio throughout the years and many I’ve found here in the United Styates have indeed had the kombu in there. So maybe this is a bit off. I remember my teachers in college would never let me use Wikipedia for citations. Well, hopefully it’s correct but I don’t think so… I really like seafood flavors and this should be really nice from what I’m seeing here. I guess we will find out! Let’s have a look! 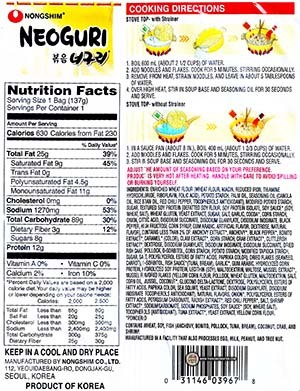 Here’s the back of the package (click to enlarge). Contains fish and crustacea. To prepare, add noodles and flake sachet content to 600ml boiling water and cook for 5 minutes. Drain, saving 5 tablespoons (75ml) water. Return to stove and add in remaining sachets. Cook on high for 30 seconds. Finally, stir and enjoy! 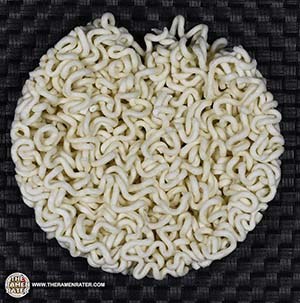 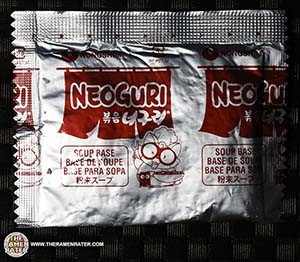 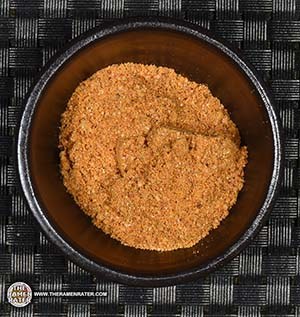 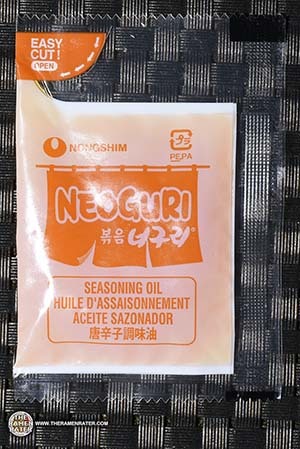 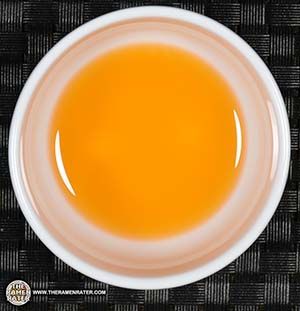 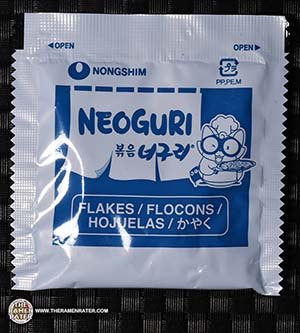 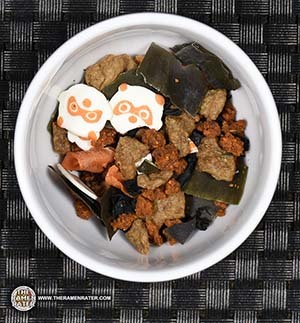 Wow – Neoguri fishcake in the mix! 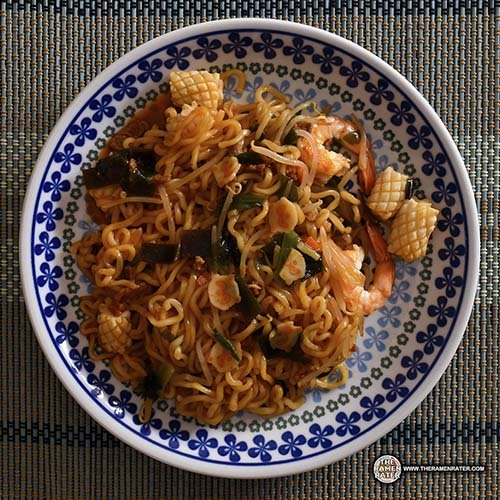 Finished (click to enlarge). Added Salad Cosmo mung bean sprouts, carved squid, 31-44ct shrimp and spring onion. The noodles are excellent – plump and juicy while keeping a nice chewiness. The flavor is undeniably Neoguri and to be honest, I love this – I think it’s better than the broth version. Spicy and tasty! Lots of seafood taste going on and the little raccoon pics on the fishcake are a great touch along with all the meaty little bits that are omnipresent as well as the kombu. This is where it’s at! 5.0 out of 5.0 stars. UPC bar code 031146039678.

A Nongshim TV spot for this product