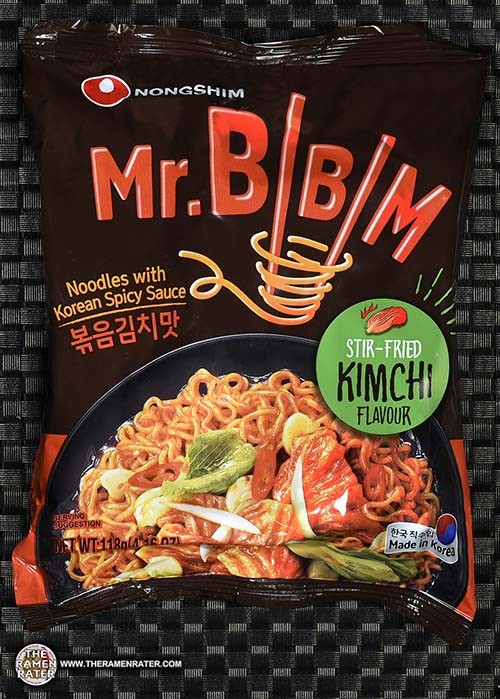 So I have a new contact named Danny at Nongshim Korea – one of the guys from Happy Souper helped me get a hold of him via email – thanks! Danny was kind enough to send along these new Mr. Bibim varieties. They’re dry noodles with a liquid base and kimchi included. Here’s a little about kimchi from wikipedia –

Mr. Bibim seems to be a kind of play on the popular bibimbap dish. If I’m correct, bibim means ‘mixed’ but I could be wrong. Let’s go ahead and learn a little about Mr. Bibim! 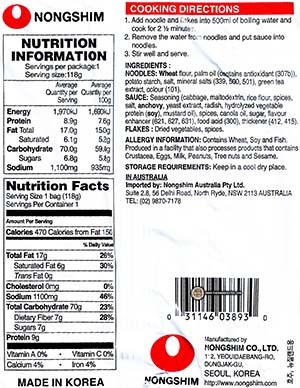 Here’s the back of the package (click to enlarge). Contains fish. To prepare, add noodle block and vegetables sachet  to 500ml boiling water and cook for 2.5 minutes. Drain noodles. Add in liquid base. Finally, stir and enjoy! 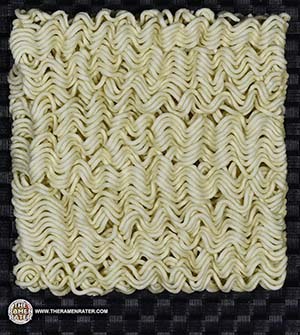 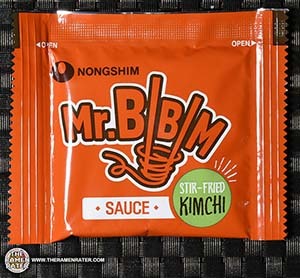 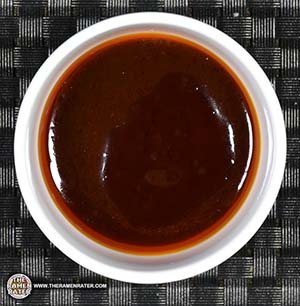 Has a kimchi scent. 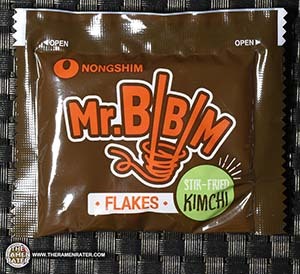 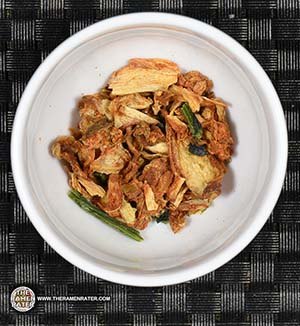 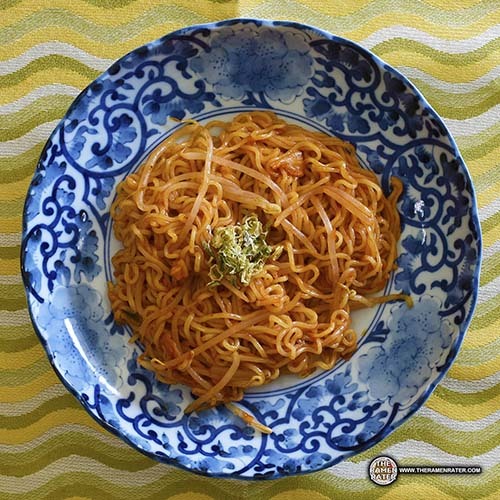 Finished (click to enlarge). Added spring onion and Salad Cosmo mung bean sprouts. The noodles came up just a hint al dente – probably due to the shorter cook time. This however worked quite well. The saucer coated all surfaces very well. It was indeed a kimchi flavored affair with a wallop of heat not for the faint of heart. The included kimchi was of good quality and quite nice. 4.25 out of 5.0 stars. UPC bar code 031146038930.