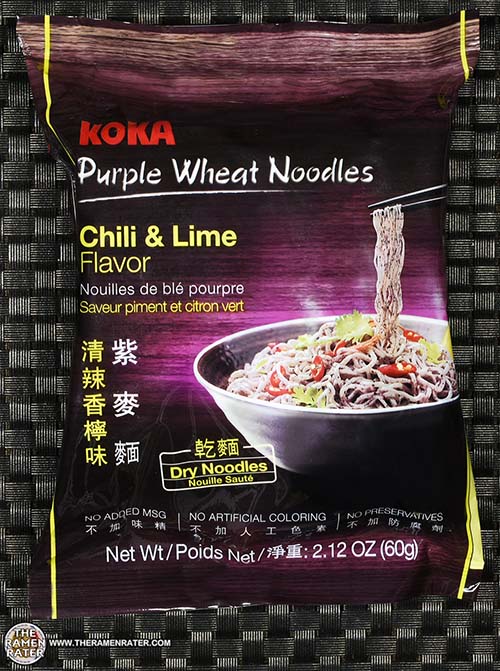 Purple – the color of royalty. It’s also the color of eggplants, grape candy and Barney the dinosaur. But these are purple noodles. So how do they get this hue? These noodles have Anthocyanins in them. Indeed, I needed to turn to Wikipedia to learn more –

Anthocyanins (also anthocyans; from Greek: ἀνθός (anthos) = flower + κυανός (kyanos) = blue) are water-soluble vacuolar pigments that may appear red, purple, or blue depending on the pH. They belong to a parent class of molecules called flavonoids synthesized via the phenylpropanoid pathway; they are odorless but flavorful, contributing to taste as a moderately astringent sensation. Anthocyanins occur in all tissues of higher plants, including leaves, stems, roots, flowers, and fruits. They are clear, white to yellow counterparts of anthocyanins occurring in plants. Anthocyanins are madefrom anthocyanidins by adding sugars.[1]

Although anthocyanins have antioxidant properties in vitro,[7] this antioxidant effect is not conserved after the plant is consumed. As interpreted by the Linus Pauling Institute and European Food Safety Authority, dietary anthocyanins and other flavonoids have little or no direct antioxidant food value following digestion.[8][9][10] Unlike controlled test-tube conditions, the fate of anthocyanins in vivo shows they are poorly conserved (less than 5%), with most of what is absorbed existing as chemically modified metabolites that are rapidly excreted.[11]

The increase in antioxidant capacity of blood seen after the consumption of anthocyanin-rich foods may not be caused directly by the anthocyanins, but instead may result from increased uric acid levels derived from metabolism of flavonoids.[11]

One thing’s for sure – these noodles are very purple! Let’s check ’em out! 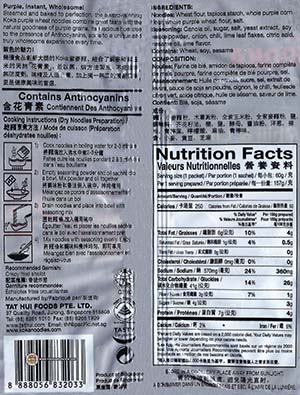 Here’s the back of the package (click to enlarge). Has the green circle denoting suitability for Vegetarians. To prepare, cook noodles in boiling water for 2~3 minutes. Drain. Add sachet contents. Finally, stir and enjoy! 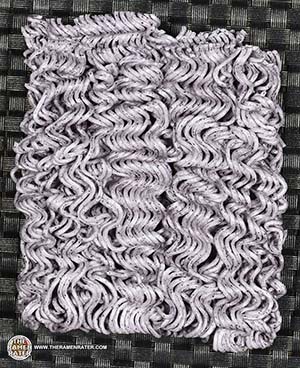 The noodle block. I told you they were purple! 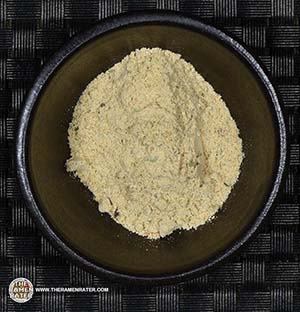 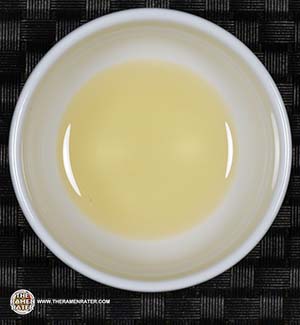 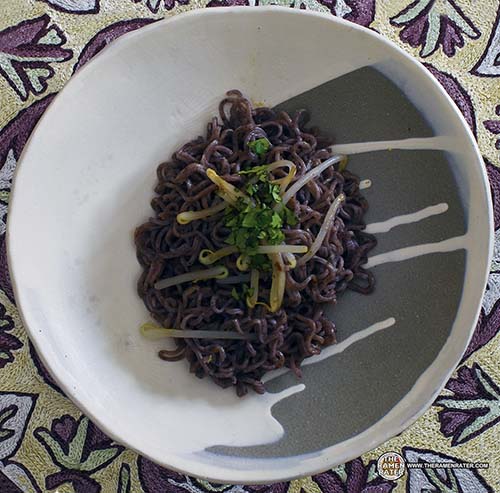 Finished (click to enlarge). Added Salad Cosmo mung bean sprouts and coriander. The noodles quite honestly have a very familiar gauge, feel and chew – that of a regular instant with just a slightly stronger backbone. The flavor is a nice and refreshing lime and chili – a little spiciness with a good level of lime flavor to it. The oil keeps everything nice and moist. 4.0 out of 5.0 stars.  EAN bar code 8888056832033.