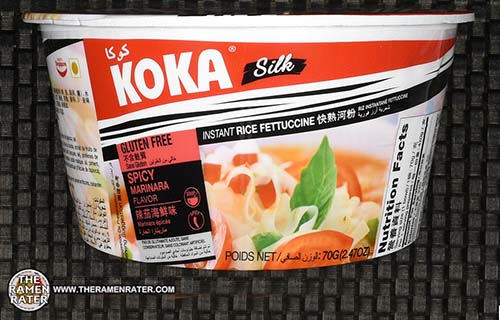 Today it’s a rice noodle variety with an Italian twist: spicy marinara. So, what is marinara? Wikipedia, if you please –

Marinara (English: “mariner’s”) sauce is an Italian sauce that originated in Naples, usually made with tomatoes, garlic, herbs, and onions.[1][2] Its many variations can include the addition of capers, olives, spices, and a dash of wine.[3][4]

This sauce is widely used in Italian-American cuisine, which has greatly diverged from its Old World origins.

Italians refer to marinara sauce only in association with other recipes. For instance, spaghetti alla marinara literally translates to “spaghetti mariner’s style” (from the adjective marinara with the feminine suffix -a pertaining to salsa, Italian for “sauce”, and also to maniera, Italian for “style”), but tomato sauce alone in Italy is called sugo/salsa al/di pomodoro or pummarola (the latter being Neapolitan language).

Several folk theories exist as to the origin of this sauce: One version states that cooks aboard Neapolitan ships returning from the Americas invented marinara sauce in the mid-16th century after Spaniards introduced the tomato (a central Mexican “New World” fruit) to Europe. Another theory states this was a sauce prepared by the wives of Neapolitan sailors upon their return from sea.[5]

Historically, however, the first Italian cookbook to include tomato sauce,[6]Lo Scalco alla Moderna (The Modern Steward), was written by Italian chef Antonio Latini and was published in two volumes in 1692 and 1694. Latini served as the Steward of the First Minister to the Spanish Viceroy of Naples.[6][7][8] This early tomato sauce was more like a modern tomato salsa.

As you can see, there’s nothing about it being a part of Southeast Asian cuisine. However, iI have seen Italian flavor not only in this Singaporean variant but in Japanese, Vietnamese, Indonesian and Hong Kong brands. Let’s have a look at this seafood marinara.

Detail of the side panels (click to enlarge). Cintains fish and shrimp. To prepare, Add sachets to bowl and add 400ml boiling water. Cover for 3 minutes. Finally, stir and enjoy! 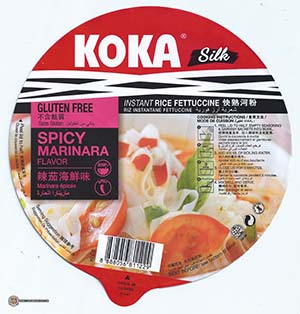 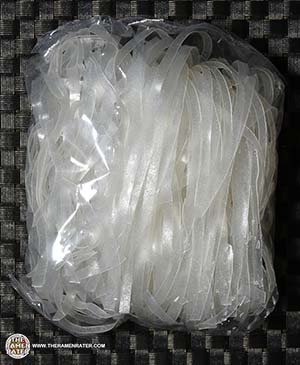 A pouch of rice fettuccine. 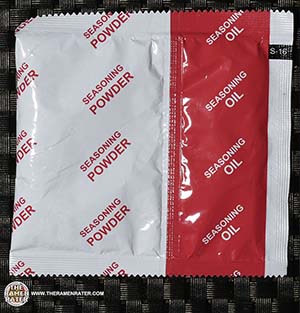 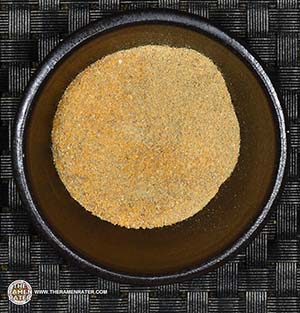 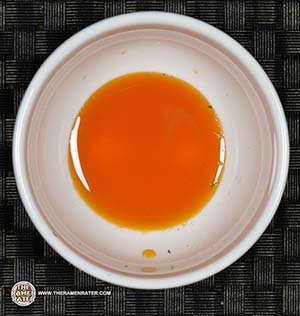 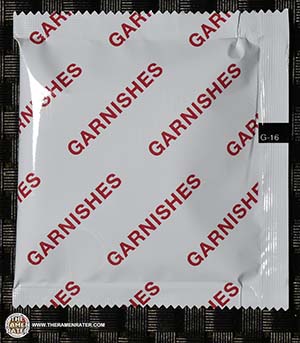 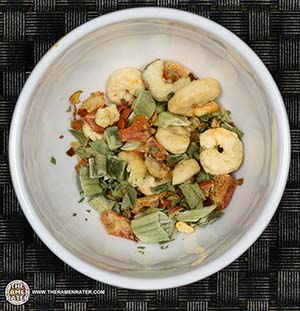 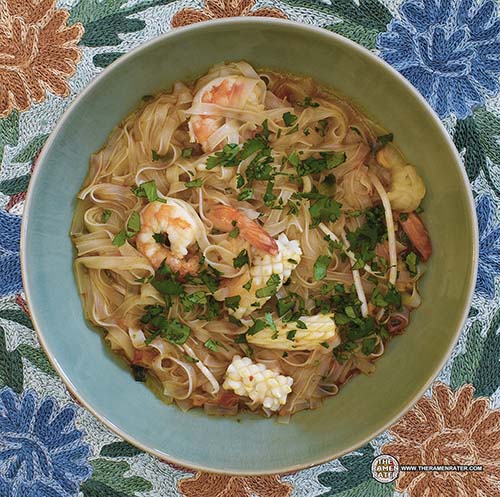 Finished (click to enlarge). Added Salad Cosmo mung bean sprouts, sweet onion, coriander and 31-44ct shrimp. The rice fettuccine came out remarkably well. Indeed it is perfectly hydrated. I make a couple cross-cuts with a pair of kitchen scissors to make them easier to work with a fork. The broth is very tasty with a fresh taste of tomato and a bit of spiciness. Moreover, the broth definitely has a seafood feel to it – almost has a slight lemony hint to it. The vegetables hydrated very well and were complimentary. Also,m the shrimp that are included taste good and are of a decent quantity. 5.0 out of 5.0 stars.  EAN bar code 8888056811229.