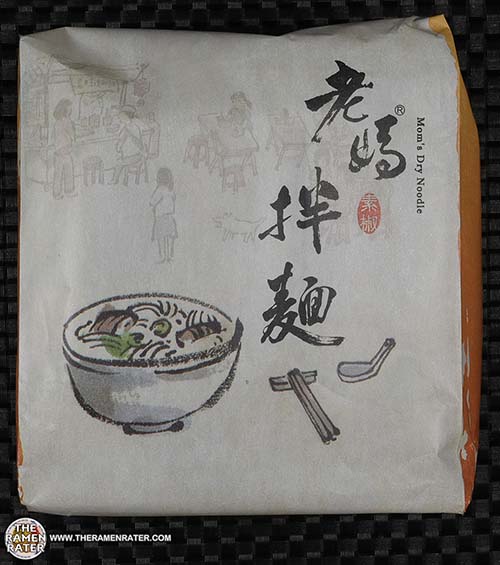 A lot of people these days are giving up meat and switching to the Vegan lifestyle. So, what’s the difference between Vegetarian and Vegan? It seems like there are many different ‘flavors’ of Vegetarianism. For example, I have a friend who claims to be vegetarian, however he eats bacon, eggs and Jack In The Box fast food tacos. Here’s what wikipedia has to say about Veganism:

Veganism is both the practice of abstaining from the use of animal products, particularly in diet, and an associated philosophy that rejects the commodity status of animals.[9] A follower of either the diet or the philosophy is known as a vegan (pronounced vee-gən).

Distinctions are sometimes made between several categories of veganism. Dietary vegans refrain from ingesting animal products. This means avoiding not only meat but also egg and dairy products and other animal-derived foodstuffs.[n 1] Some dietary vegans choose to wear clothing that includes animal products (for example, leather or wool).[15] The term ethical vegan is often applied to those who extend the philosophy beyond diet into other areas of their lives. This philosophy means opposing the use of animal products for any purpose.[n 2] Environmental veganism refers to avoiding animal products on the premise that harvesting or industrial farming of animals is environmentally damaging and unsustainable.[20]

The term vegan was coined in 1944 by Donald Watson when he co-founded the Vegan Society in England. At first this meant “non-dairy vegetarian” and later “the doctrine that man should live without exploiting animals”.[21] Interest in veganism increased in the 2010s; more vegan shops opened, and vegan options became increasingly available in more supermarkets and restaurants in many countries.[22]

Vegan diets tend to be higher in dietary fiber, magnesium, folic acid, vitamin C, vitamin E, iron, and phytochemicals, and lower in dietary energy, saturated fat, cholesterol, long-chain omega-3 fatty acids, vitamin D, calcium, zinc, and vitamin B12.[n 3] Well-planned vegan diets can reduce the risk of some types of chronic disease including heart disease.[24] Vegan diets are regarded as appropriate for all stages of the life-cycle by the American Academy of Nutrition and Dietetics, the Australian National Health and Medical Research Council, and Dietitians of Canada.[25] Because uncontaminated plant foods do not provide vitamin B12 (which is produced by microorganisms such as bacteria), researchers agree that vegans should eat B12-fortified foods or take a supplement.[n 4]

I always thought that Veganism just was about food, but apparently it can reach into other aspects of life as well. Let’s take a look at this spicy Vegan spicy chilli and sesame variety from Mom’s Dry Noodle. 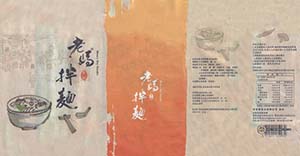 Here’s the back of the package (click to enlarge). The manufacturer has told me that this is Vegan friendly. To prepare, first add noodle block to a pot of water and boil for 5 1/2 minutes. Then drain. Add in sachet contents. Finally, stir and enjoy! 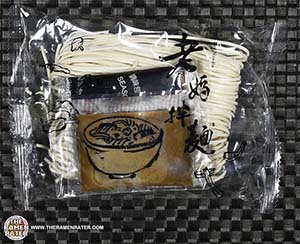 One of four servings in the package. 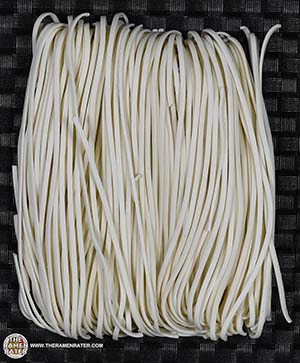 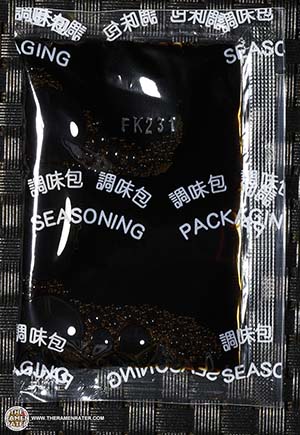 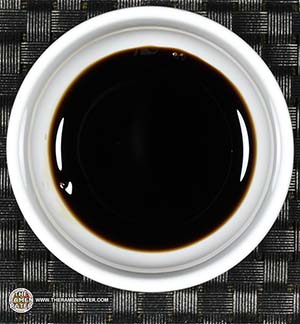 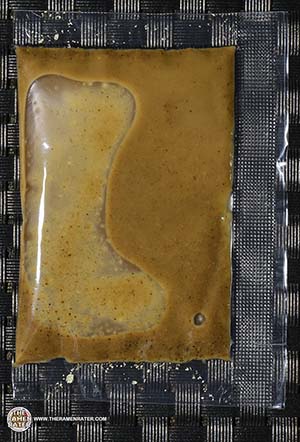 A tan colored liquid in a sachet. 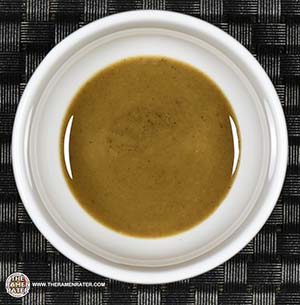 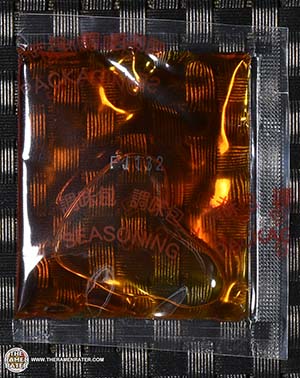 Finally, we have an oil sachet. 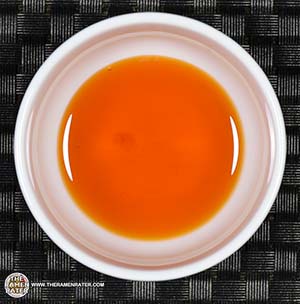 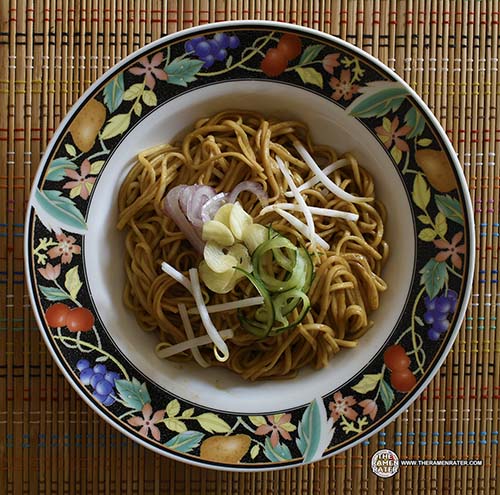 A short documentary about Veganism.