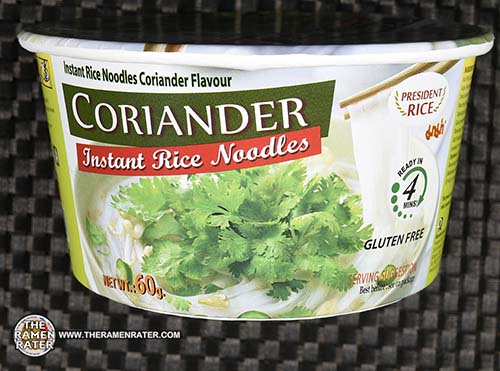 As we wind down this Meet The Manufacturer, I’ve been saving one that I found very interesting to be towards the end. I use coriander in the ‘finished’ photo of many instant noodle varieties – but never have I seen an instant noodles whose primary flavor is coriander. I’m very curious about this one – let’s check it out!

Detail of the side panels (click to enlarge). Looks to be meat free but check for yourself. To prepare, add all seasoning sachets to the bowl and boiling water to fill line. Let steep covered for 4 minutes. Stir and enjoy! 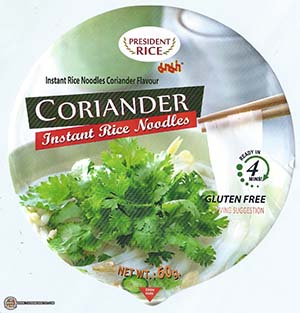 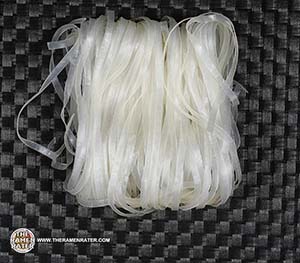 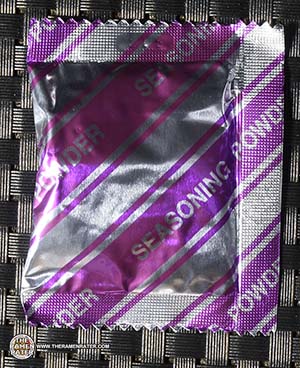 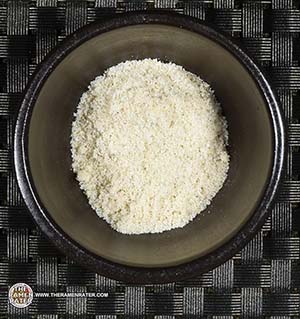 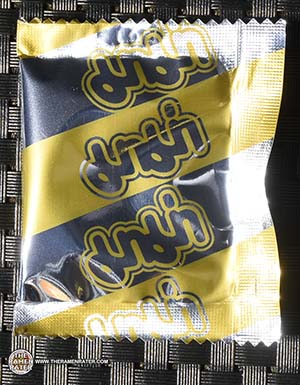 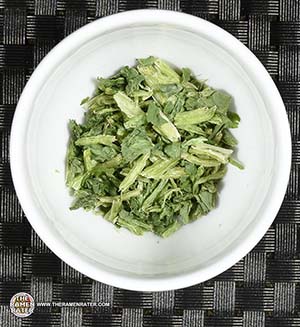 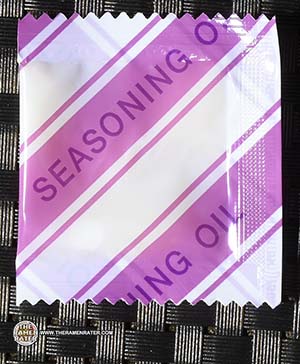 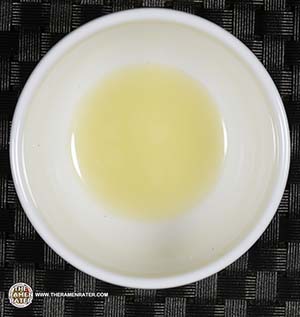 Has a bright yellowish hue. 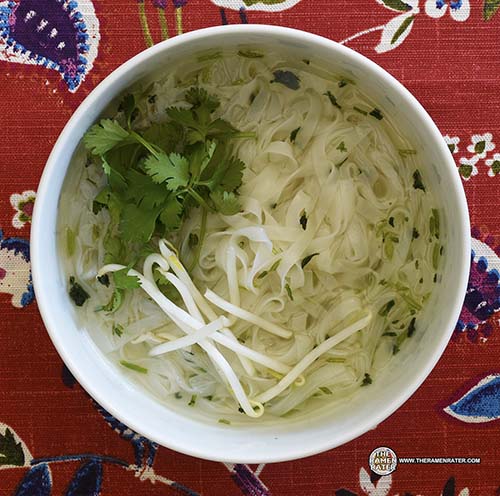 Finished (click to enlarge). Added Salad Cosmo mung bean sprouts and coriander. The noodles hydrated very well. They are wide and flat and have a decent chew to them but not overly chewy for a rice noodle. The broth is a kind of salty and chicken like one, augmented by a nice oiliness. The sachet of dried coriander can be seen flecked throughout here. To be honest, I expected this to be an onslaught of coriander flavor, but it was a little drowned out so to speak by the broth’s saltiness. I think it could be served better with more coriander and less saltiness. Still, it was a tasty bowl of rice noodles. 2.75 out of 5.0 stars. EAN bar code 8851876001491.

A short and beautiful on harvesting and transporting coriander in northern Thailand.