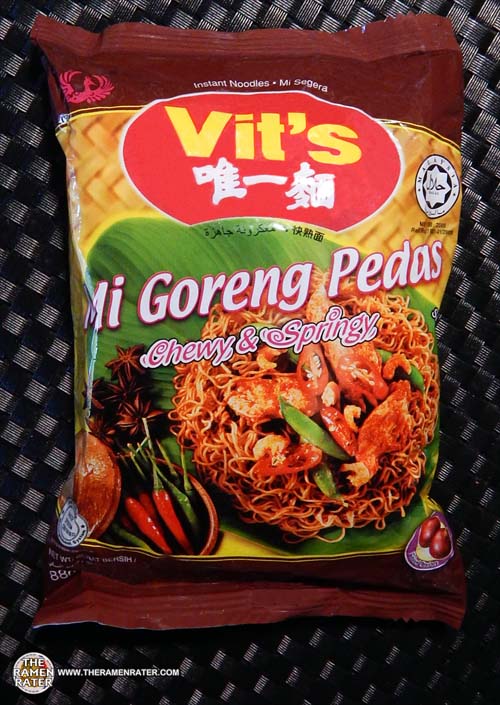 Mi Goreng means fried noodles and Pedas means spicy – how can ya beat that? This is one that I picked up at the Econsave on last year’s trip to Penang, Malaysia. I gotta say – it’s weird to say that. I never thought I’d end up making it to Asia; now having been to both Malaysia and Thailand, it’s like I’ve got a different perspective of the world. So many of the people I met over there had visited the United States, either for work or schooling. How many folks do I know from here that have gone the opposite direction though? Definitely a lower ratio at least in my experience. It is quite expensive and I’ve been lucky that companies have said ‘hey! come visit us!’ Instant noodles – who would’ve thought. Anyways, I’ve been a big fan of Mi Goreng for quite a while. It’s combination of sweet and spicy flavors has always been so nice. This one promises to a bit further on the end of the spicy stick – hoping so! Spicy is always nice. Let’s check out this mi goreng by Vit’s of Malaysia! 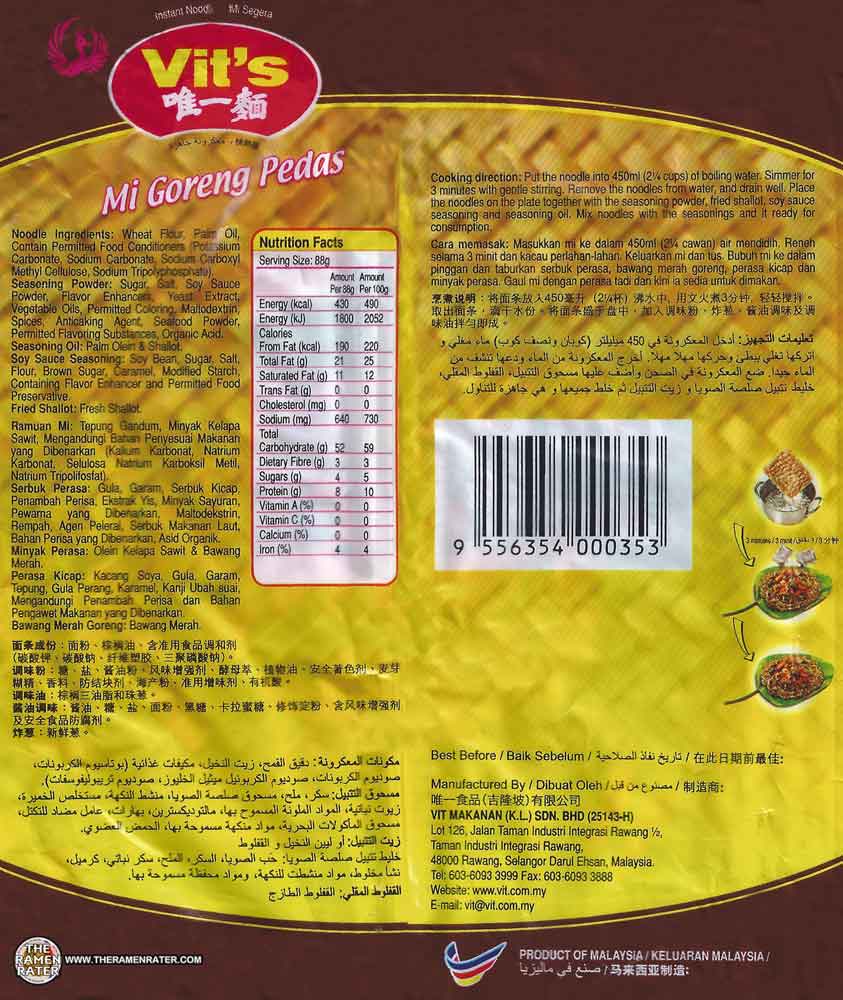 Here’s the back of the package (click image to enlarge). Looks to be meat free but check for yourself. To prepare, add noodle block to 450ml boiling water and simmer for 3 minutes. Drain. Add in seasoning powder and oil sachets. Stir well. Garnish with fried onion and enjoy! 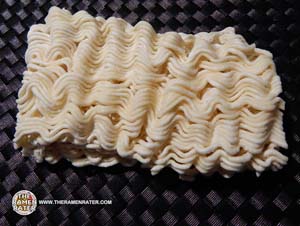 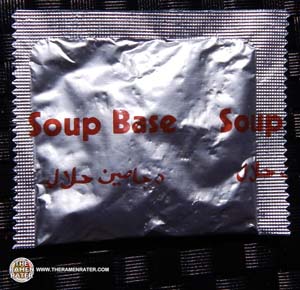 Although this sachet mentions soup, this is a brothless noodle! 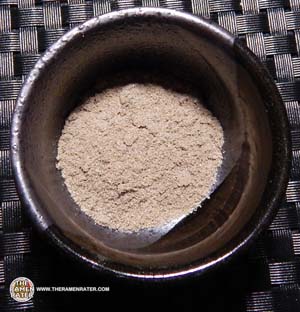 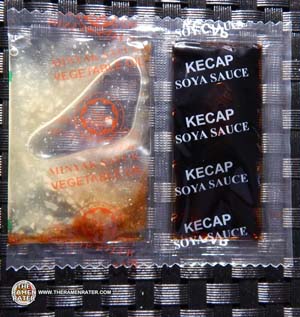 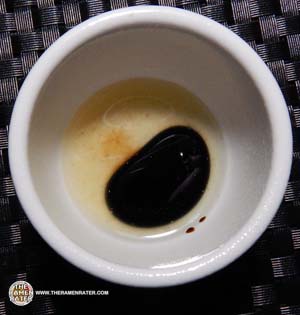 The two co-mingling together. 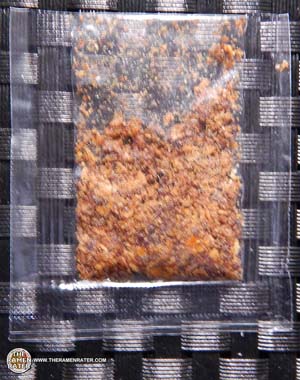 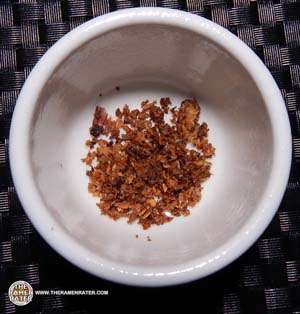 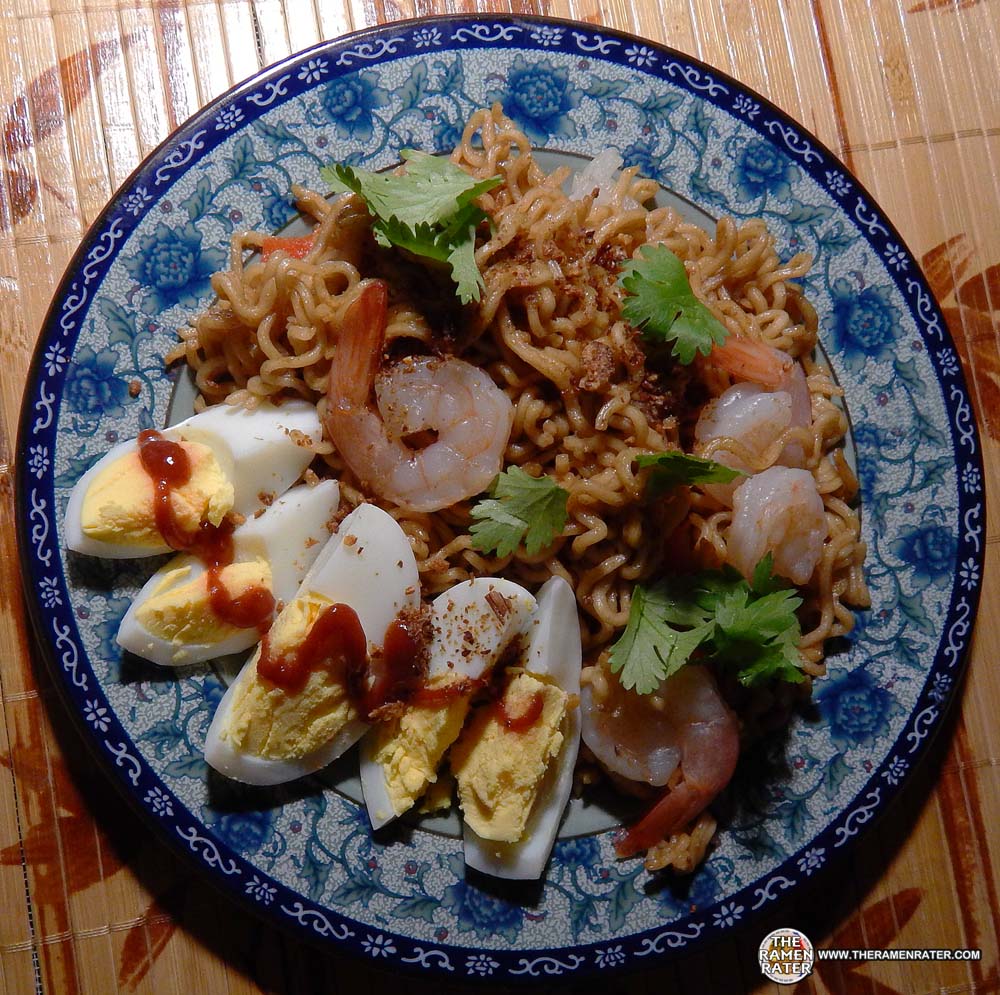 Finished (click image to enlarge). Added shrimp, red bell pepper, hard boiled egg with Dua Belibis chilli sauce and coriander. The noodles were as advertised – chewy and springy. They had a thicker gauge than I expected. The flavor does indeed have a nice kick of spiciness as well as the well-known attributes of mi goreng such as a sweetness from the thick soy sauce. However, everything kind of seemed a little on the dry side even with the oil. The onions are a nice touch. 3.5 out of 5.0 stars.  EAN bar code 9556354000353.

Singapore & Penang Street Food: Cooking and Travelling in Singapore and Malaysia (from Amazon) Singapore and Penang have a lot in common both in culinary and cultural terms. For centuries they have been at a crossroads of ancient trade, and immigration, giving them a strong multicultural personality. Singapore & Penang Street Food shows the authentic taste of delicious street food in Malaysia and how the street-food scene in Singapore has become more food court nowadays. Regulated out of existence years ago, street food vendors moved into hawker centers where even the most delicate stomachs have the opportunity to partake. Strict safety and hygiene regulations make Singapore’s hawker food some of the safest street food around, keeping high standards of tastiness and authenticity. Beside five different Chinese cuisines, Singapore also offers Indian, Malaysian, Indonesian and Thai street-food dishes. In Penang you will find similar dishes but with a different touch, a different interpretation. The range of regional varieties is endless.