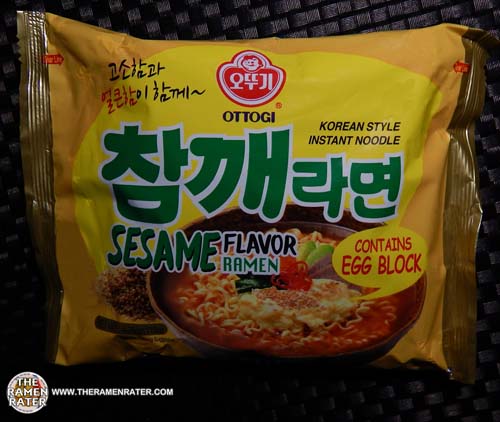 I’ve gotten a good amount of comments about this one. Ottogi Sesame Ramen seems to have filled an interesting niche in the noodle market! It’s pretty neat stuff – it has something called an ‘egg block.’ It is basically dehydrated egg that when introduced to the boiling water springs to life! I’ve had the bowl version (also known as a king cup) before, but never reviewed the pack. Let’s check out Ottogi Sesame Ramen! 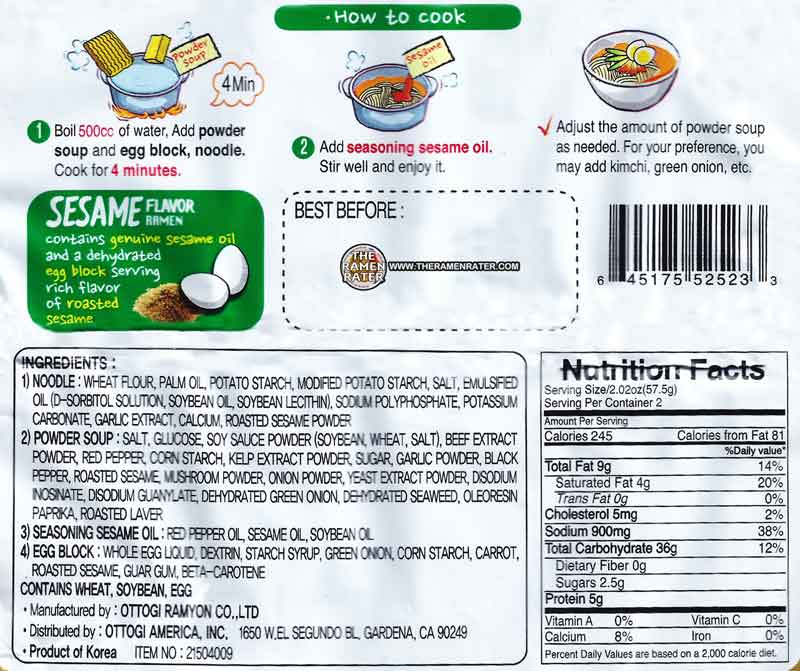 Here’s the back of the package (click image to enlarge). Contains egg and beef. To prepare, add every thing but the oil to 500ml boiling water and cook for 4 minutes. Add in oil, stir, and enjoy! 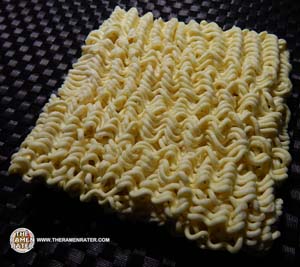 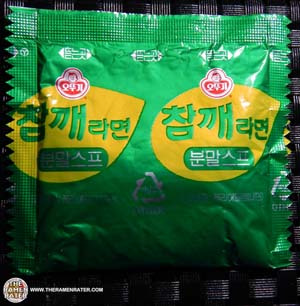 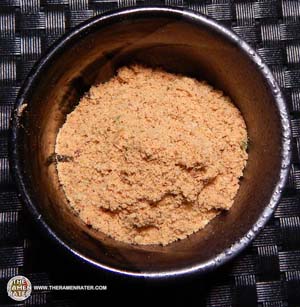 Has a kind of spicy beef scent. 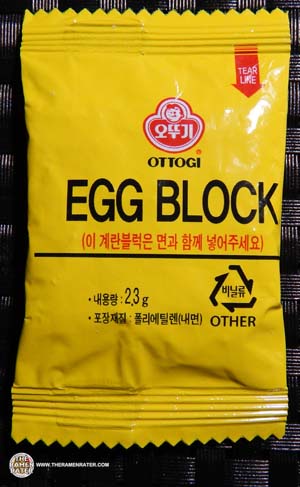 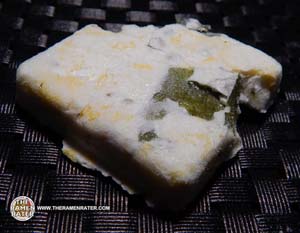 A condensed block that should make for a lot of extra oomph! 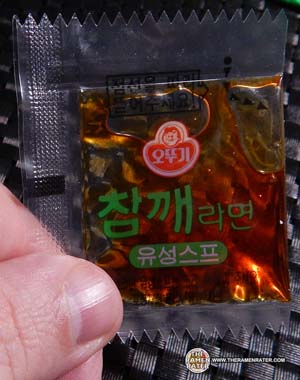 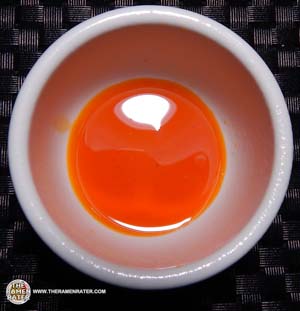 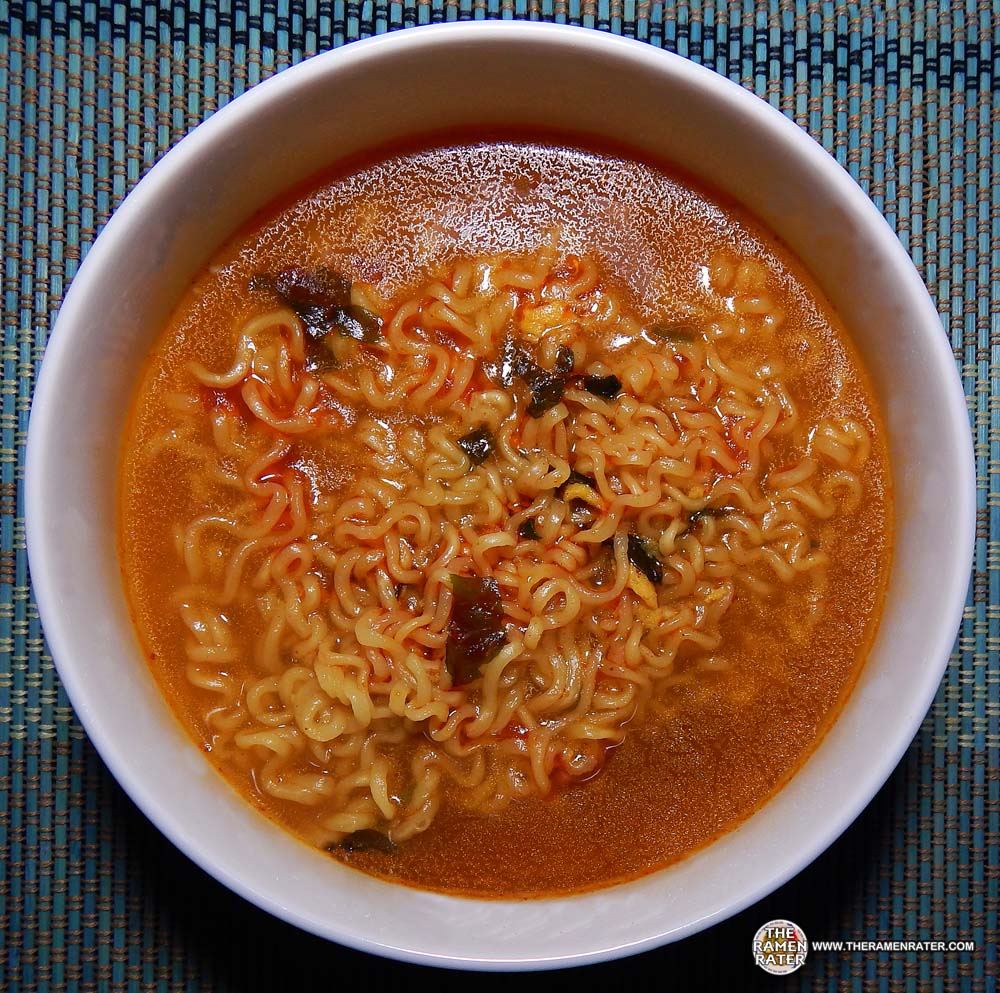 Finished (click image to enlarge). The noodles have a classic ramyun gauge – thicker than you standard instant and with a very nice chew to them. The broth has a nice spiciness to it which builds and then levels off. The sesame, spiciness and beef tones are managed well and nicely balanced. The ebb block added a lot of little bits of scrambled egg throughout – very small, but made it a little nicer. Also in the egg block was spring onion which was very nice. 4.25 out of 5.0 stars.UPC bar code 645175525233.