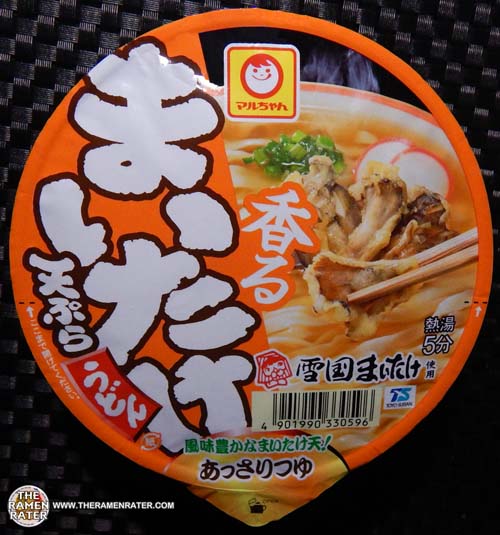 Got this one on last year’s birthday trip to Canada. Since my trip is coming very soon this year, I figured it was time. So, what is maitake? Wikipedia had this to say:

Grifola frondosa is a polypore mushroom that grows in clusters at the base of trees, particularly oaks. The mushroom is commonly known among English speakers as hen-of-the-woods, ram’s head and sheep’s head. It is typically found in late summer to early fall. In the United States’ supplement market, as well as in Asian grocery stores, the mushroom is known by its Japanese name maitake (舞茸), which means “dancing mushroom”. Throughout Italian American communities in the northeastern United States, it is commonly known as the signorina mushroom. G. frondosa should not be confused with Laetiporus sulphureus, another edible bracket fungusthat is commonly called chicken of the woods or “sulphur shelf”. The fungus becomes inedible like all polypores when they are older, because it is too tough to eat.

The fungus is native to the northeastern part of Japan and North America, and is prized in traditional Chinese and Japanese herbology as a medicinal mushroom, an aid to balance out altered body systems to a normal level. It is widely eaten in Japan, and its popularity in western cuisine is growing, although the mushroom has been alleged to cause allergic reactions in rare cases.

Well, I hope I’m not allergic to this kind of mushroom – fingers crossed! Let’s have a look at this Japanese bowl.

Detail of the side panels (click image to enlarge). To prepare, add in contents of sachet and add 360ml boiling water and cover for 5 minutes and stir. Enjoy! 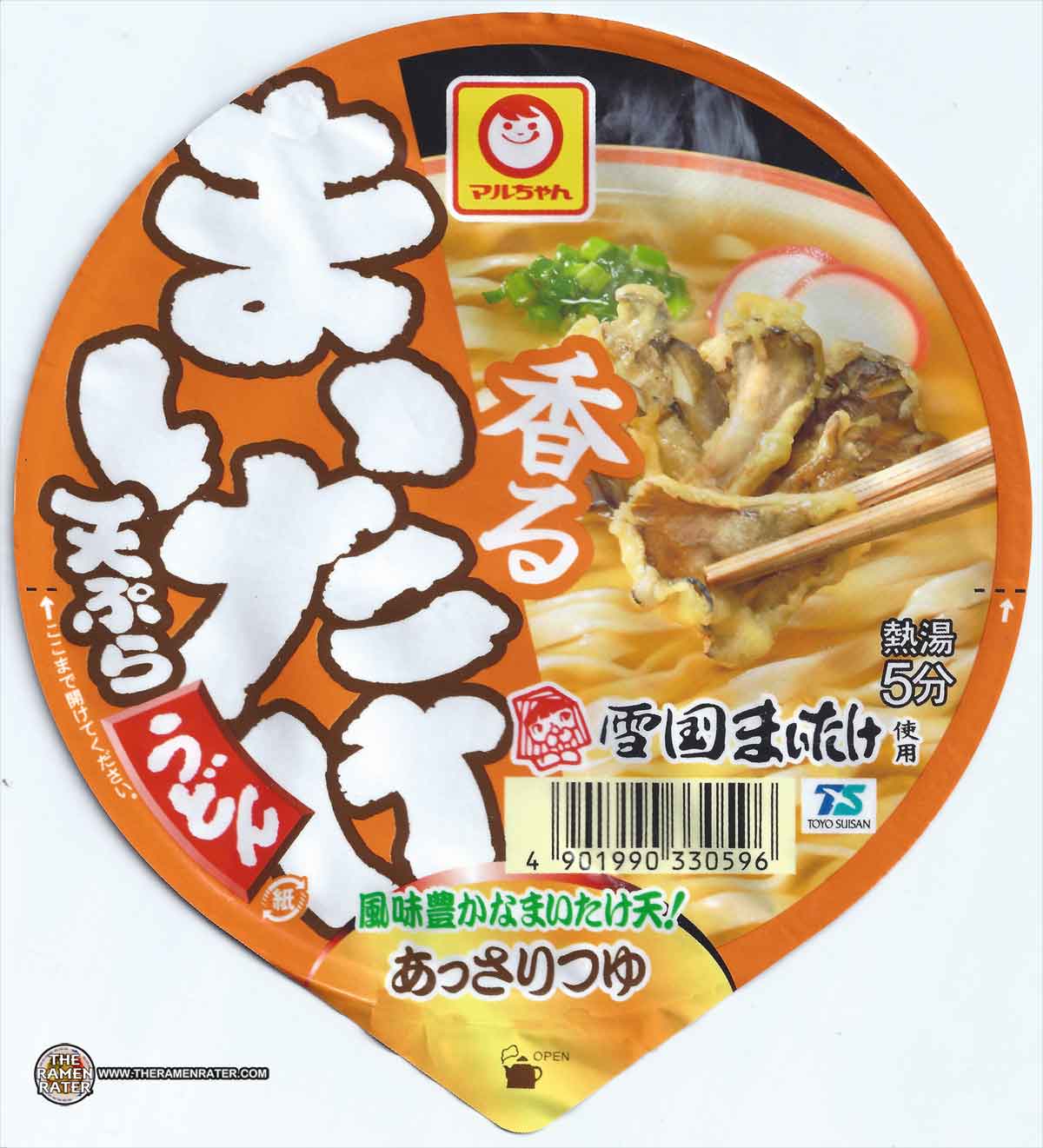 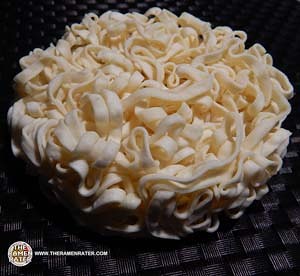 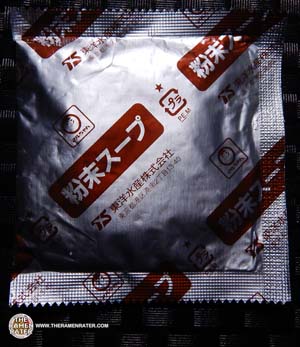 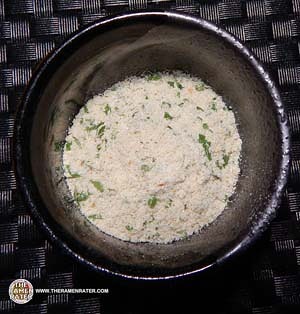 Has a somewhat acidic scent. 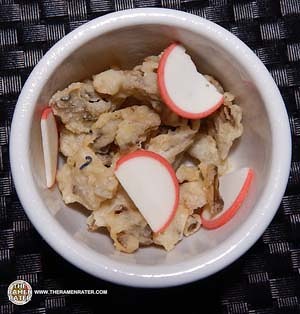 In the bowl on it’s own was a lot of tempura and some kamaboko fish cake pieces. 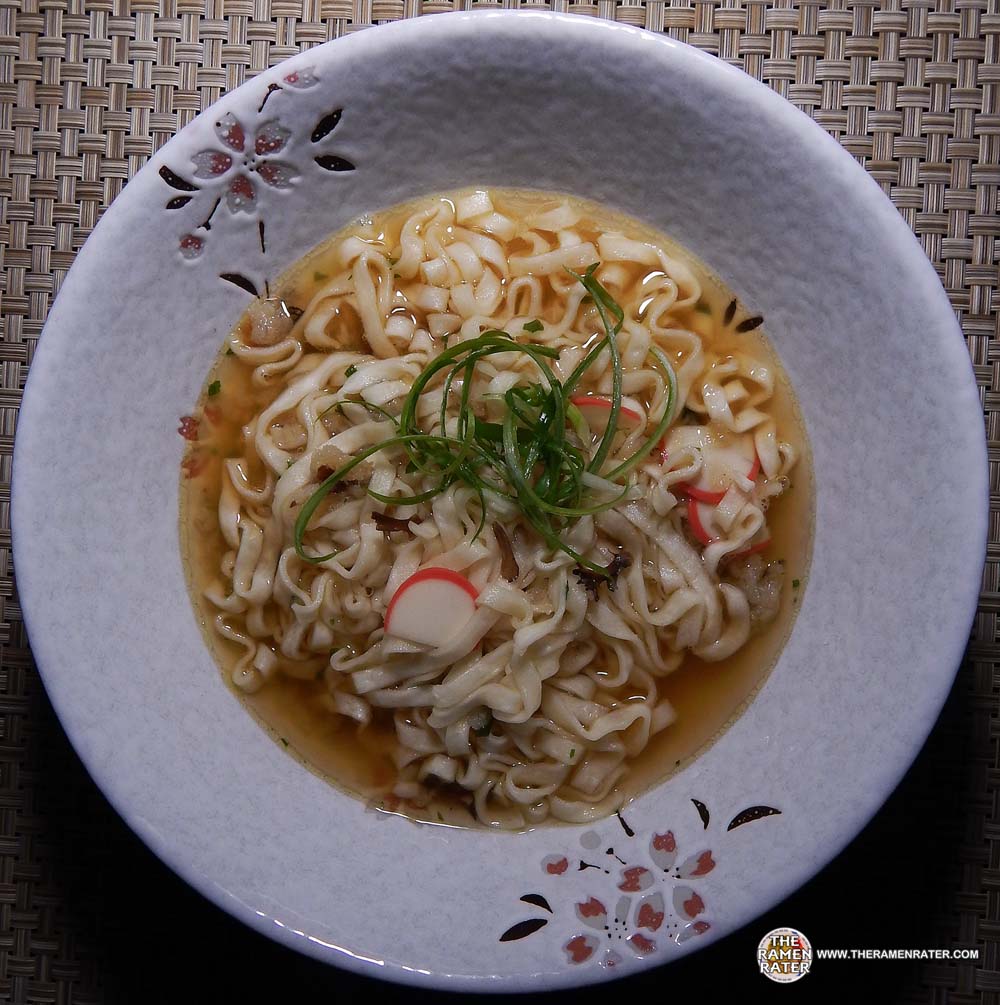 Finished (click image to enlarge). Added spring onion. The noodles are broad flat udon with a decent consistency and mouthfeel. The broth is a salty soy kind of thing. The tempura was good and indeed contained mushroom. The kamaboko was hydrated well. 3.25 out of 5.0 stars.  JAN bar code 4901990330596.