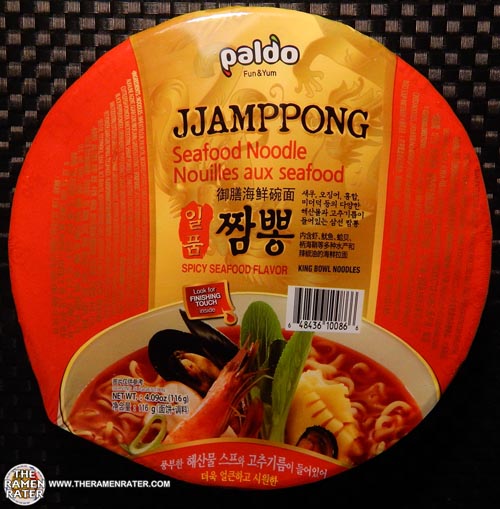 Here’s a new Jjamppong King Bowl from Paldo. The king bowl is yet another instant noodle form factor. There are cups, king cups, bowls and king bowls. I think the main different between cups and bowls are really the portability factor. I think a king cup and a king bowl hold the same amount of liquid though; I’ll have to compare them some day. But I digress. This is Jjamppong – here’s a little from Wikipedia about Jjamppong who are unclear about what it is:

Jjamppong (Korean: 짬뽕, Chinese name: 炒碼麵), a spicy noodle soup flavoured with onions and chili oil. A form of jjamppong is also the local Chinese speciality in the Japanese port city of Nagasaki (see Chanpon). The noodles are made from wheat flour.

So like Jjajangmen (noodles with black bean sauce), this is Chinese-Korean fusion. This bowl has some interesting directions which are a little tough to figure out but I’ll go over that further along. Let’s have a look at this Paldo Jjamppong king bowl! 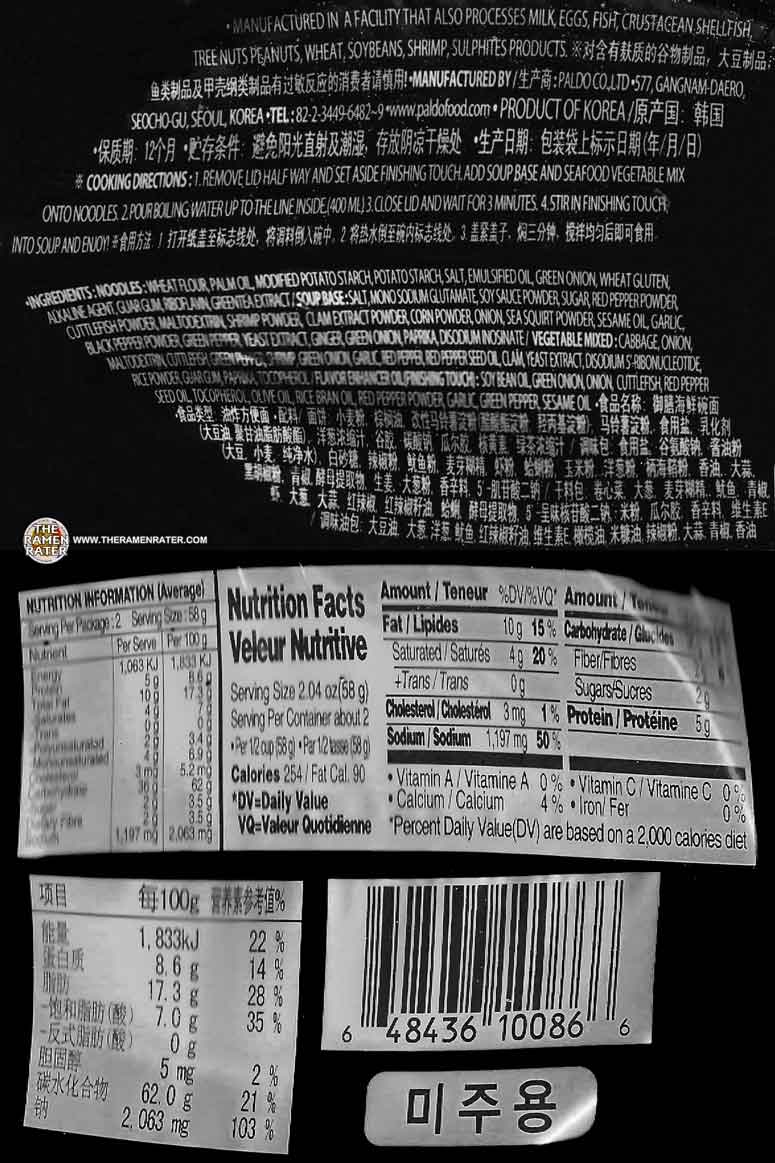 Here is some detail from the text on the top and bottom of the plastic outer wraps (click image to enlarge). 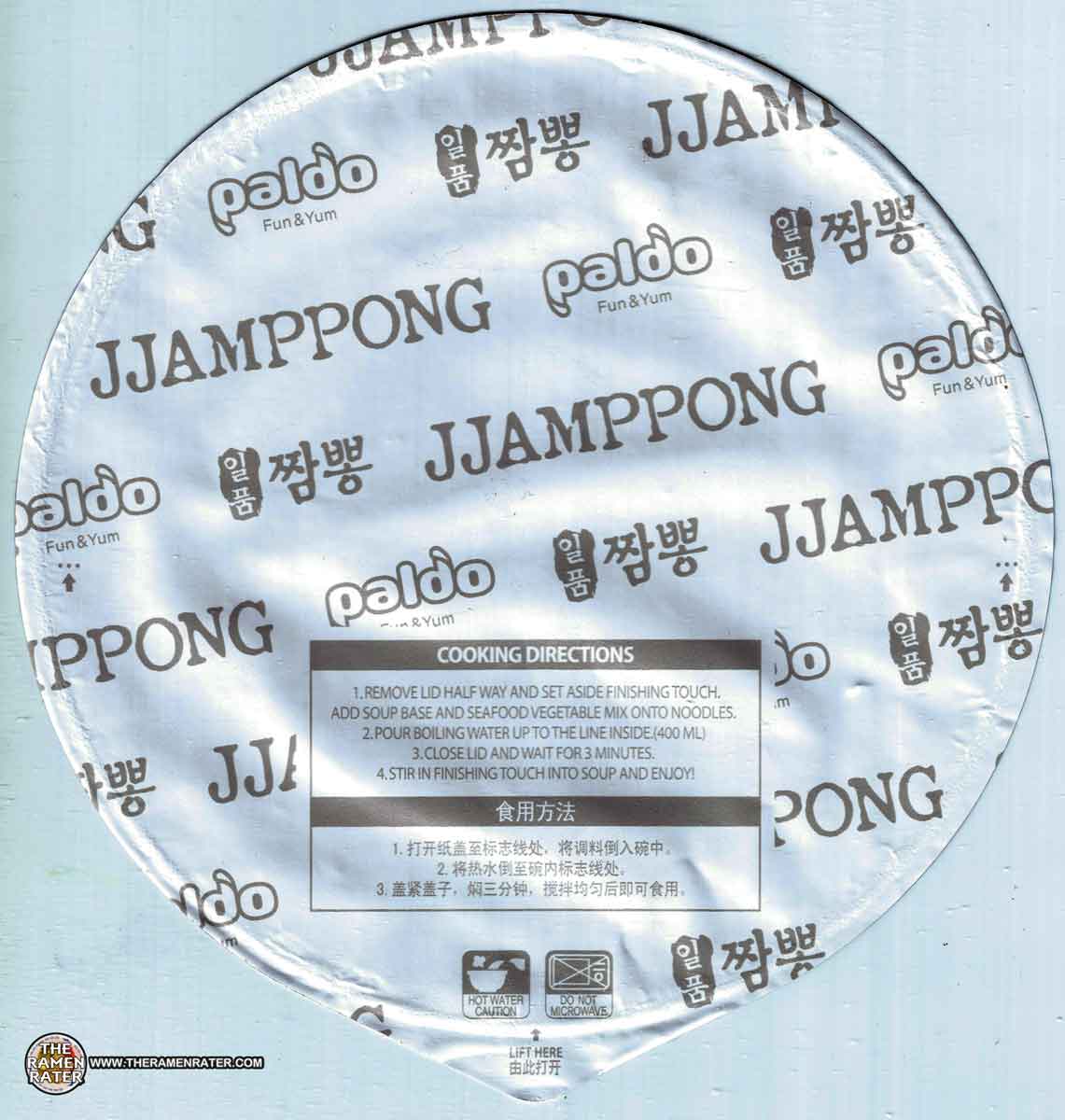 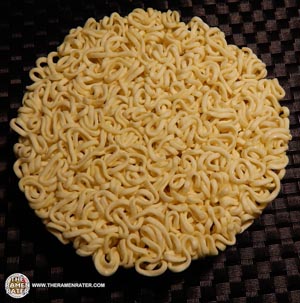 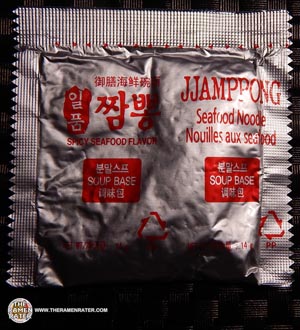 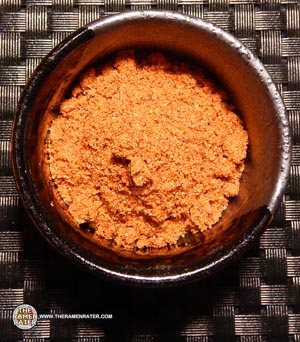 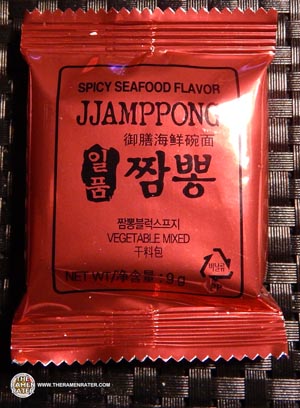 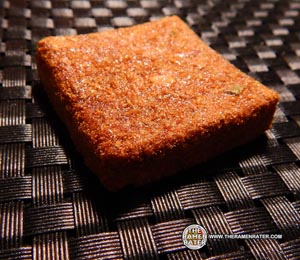 This block contains dehydrated vegetables and seafood. When water is added, it reveals its bounty! 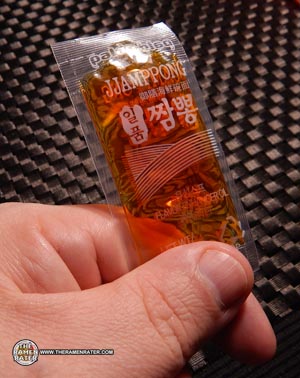 So this is the ‘finishing touch’ sachet. 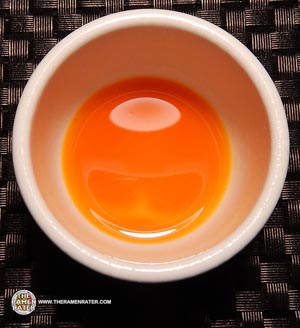 Has a sesame scent amongst other things. 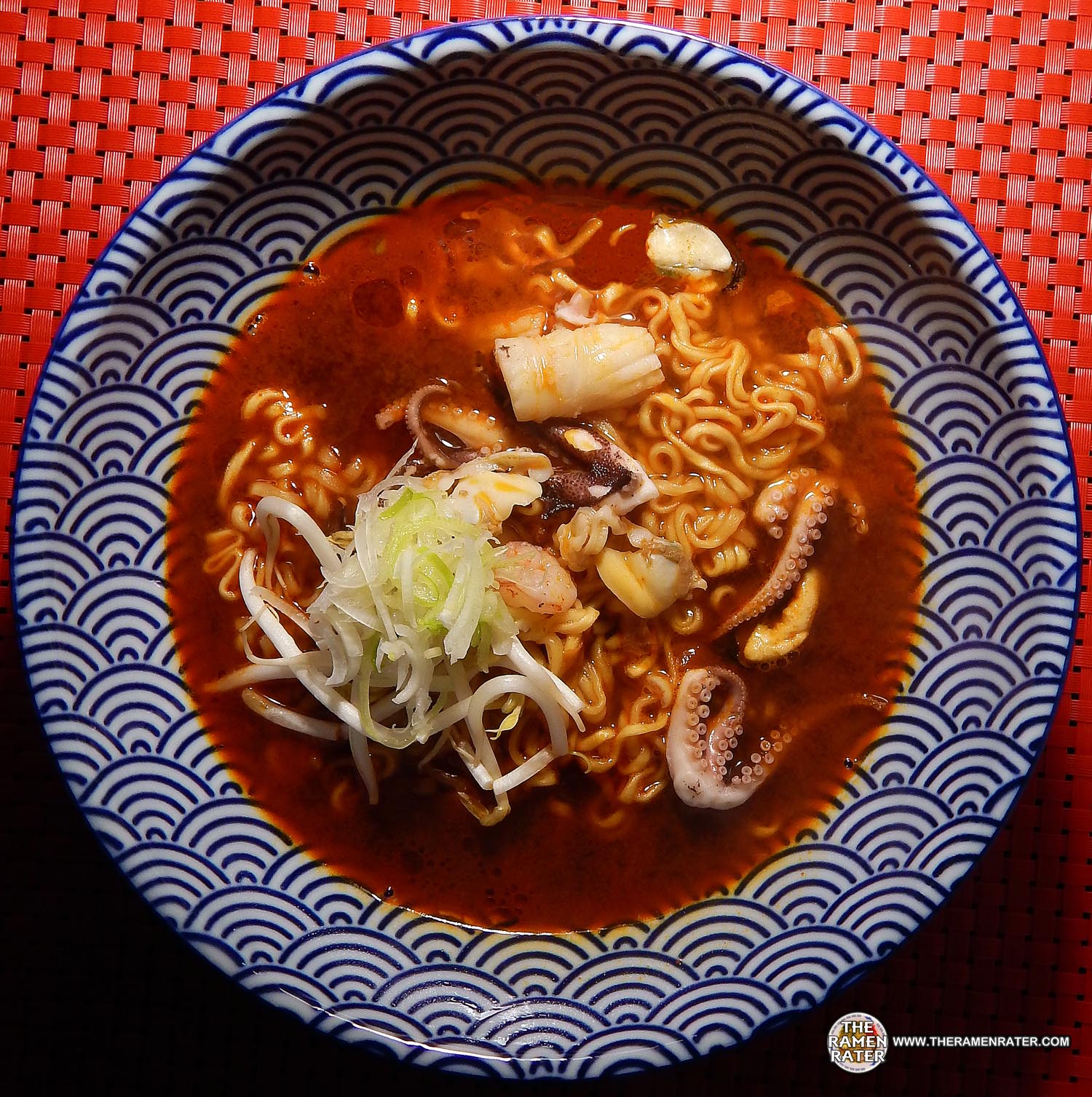 Finished (click image to enlarge). Added sliced large green onion, mung bean sprouts, shrimp, mussel, octopus and clam. The noodles are nice thick ramyun; wide and chewy. The broth is just awesome – it has a very strong spiciness and a very good seafood flavor, along with a slight sweetness. The broth has a slight thickness which gives it a really great character. Best ramyun I’ve had in a while – 5.0 out of 5.0 stars. UPC bar code 648436100866.

You can get a 12 pack of these bowls here.