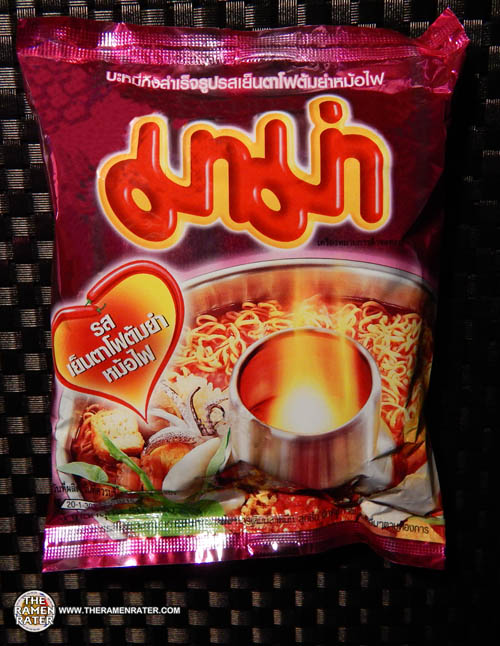 Here’s a good one – it’s on The Ramen Rater’s Top Ten Instant Noodles Of All Time 2014 Edition! Seriously good. One thing that will confuse many is the name – it certainly did confuse me. Yentafo? Mohfai? Tom Yum – that I knew, but the others…  Here’s what Wikipedia has to say about yentafo:

Yong tau foo ( also spelled yong tao foo, yong tau fu, or yong tau hu yong tofu; yentafo in Thailand) is a Hakka Chinese food consisting primarily of tofu that has been filled with either a ground meat mixture or fish paste (surimi). Variation of this food include vegetables and mushrooms stuff with ground meat or surimi. Yong tau foo is eaten in numerous ways, either dry with a sauce or served as a soup dish.

It is commonly found in China, Malaysia, Singapore and Thailand, and in cities where there are large Teochew and Hokkien populations.

In South East Asia, the term “yong tau foo” is used to described a dish instead of the stuffed tofu item exclusively. The dish can contain a varied selection of food items, including young tau foo, fish balls, crab sticks, bitter melons, cuttlefish, lettuce, ladies fingers, as well as chilis, and various forms of fresh produce, seafood and meats common in Chinese cuisine. Vegetables such as bitter melon and chilis are usually filled with surimi. The foods are then sliced into bite-size pieces, cooked briefly in boiling broth and then served either in the broth as soup or with the broth in a separate bowl. The dish is eaten with chopsticks and a soup spoon and can be eaten by itself or served with a bowl of steamed rice, noodles, or Rice vermicelli . Another variation of this dish would be to serve it with laksa gravy or curry sauce. Essential accompaniments are a spicy, vinegary chili sauce, originally made with red fermented bean curd and distantly similar in taste to Sriracha sauce, and a distinctive brown sweet bean sauce or hoisin sauce for dipping.

It took me a lot of digging, but mohfai seems to be a special pot, the hot pot shown on the packaging. Let’s check it out again! 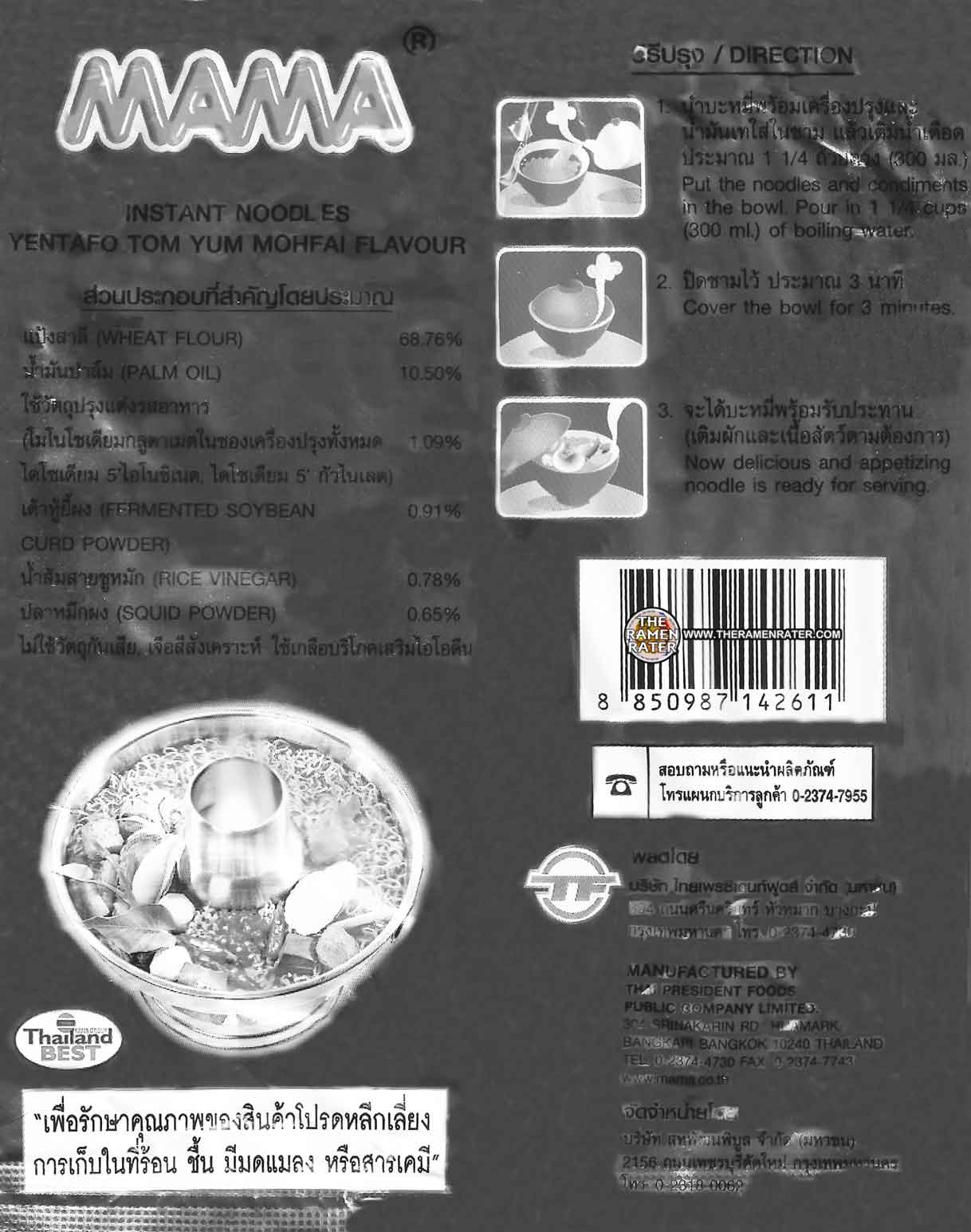 Here’s the back of the package (click image to enlarge). It’s tough to scan these shiny foil packs, so I found that putting them in grayscale and changing the contrast helps somewhat. Contains squid powder. To prepare, put everything in a bowl. Add 300ml boiling water and cover. Steep for 3 minutes and stir. Enjoy! 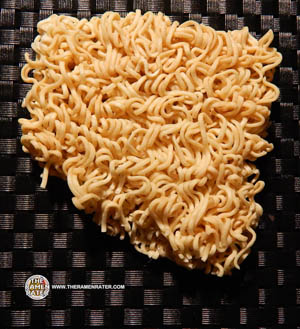 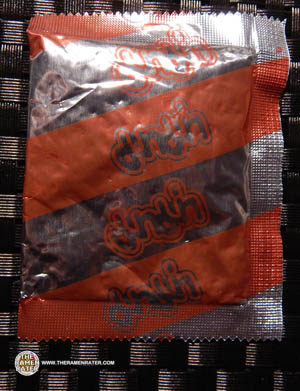 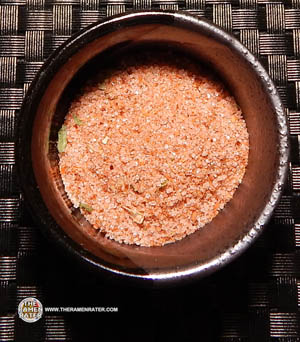 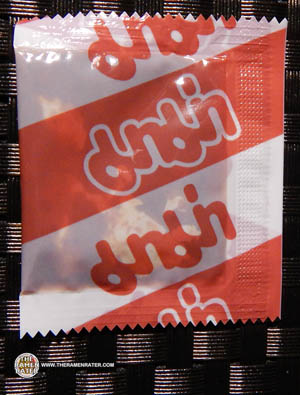 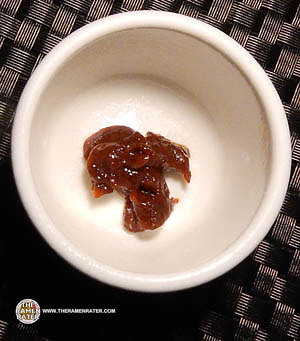 Has a kind of meaty scent. 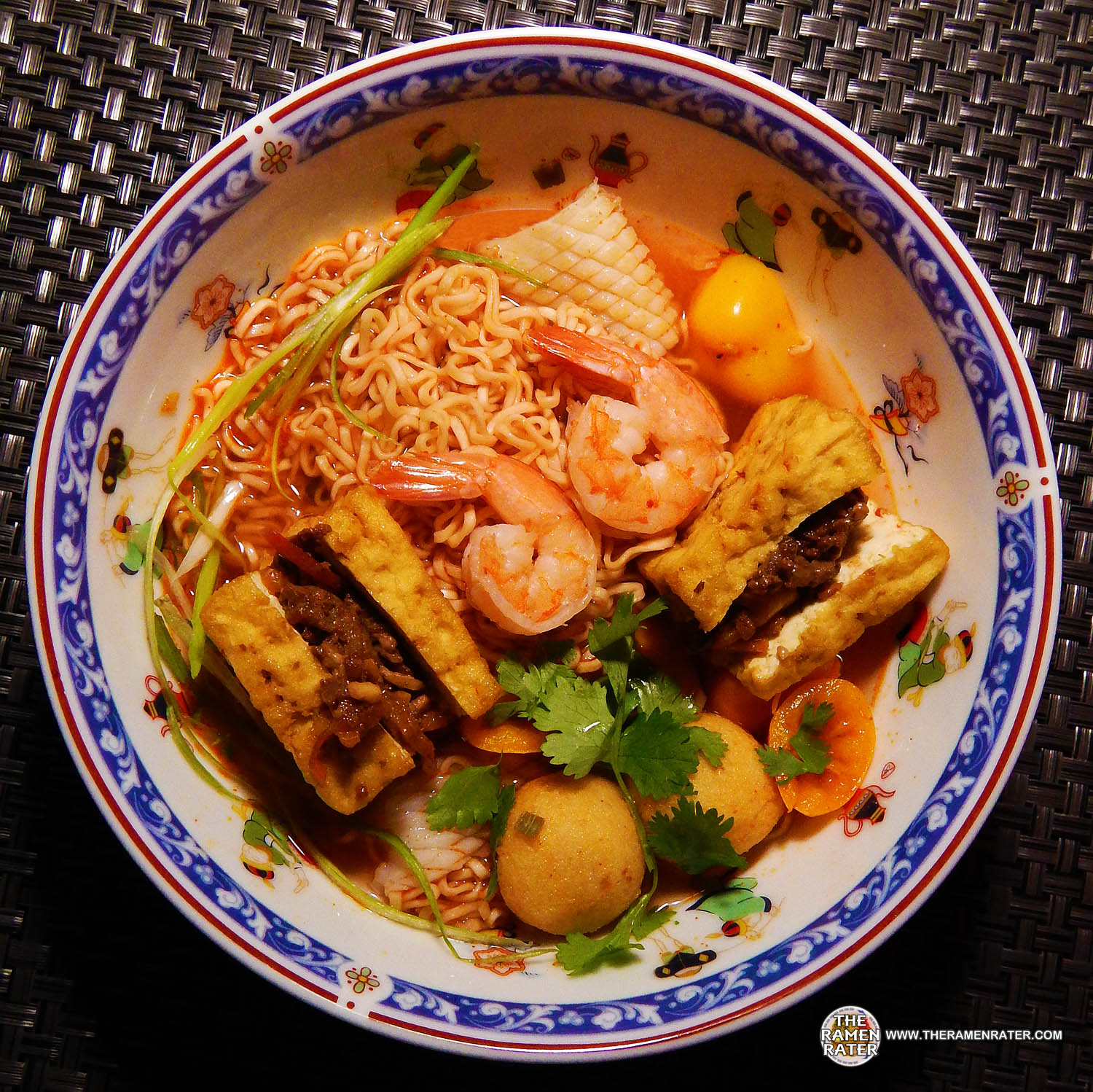 Finished (click image to enlarge). Added fried tofu sliced in half and stuffed with sauteed beef, ginger, bell pepper, garlic and soy sauce. Also added fried fishball, sliced squid, shrimp, bell pepper, green nira and coriander. The noodles are the standard ‘brown noodle’ that MAMA makes – they have a bit of seasoning and have a firm yet agreeably crumbly texture. The broth has a light spiciness and sweetness to it with just a skosh of heartiness from the oil that works perfectly. I was extremely pleased with this one the first time I tried it – extremely pleased yet again. 5.0 out of 5.0 stars! EAN bar code 8850987142611.