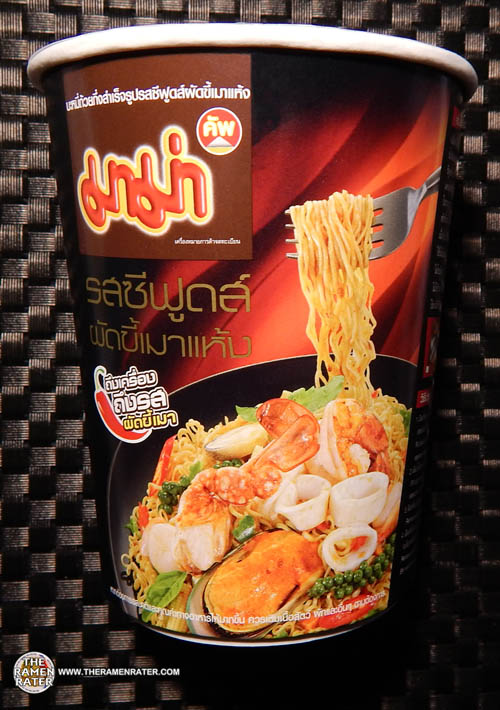 I’ve seen Pad Kee Mao on the menu at our local Thai restaurant but never ordered it. Hmmm. What’s wikipedia have to say about it I wonder?

Several theories exist on the naming of this dish. One states that it is because of the use of rice wine in preparing this dish, but no alcohol is added in any of the original Thai recipes. Another states that it was devised by someone who came home drunk but still wanted something to eat that could be made easily with whatever ingredients were available. Or someone find remainder in their fridges to cook a side dish for their alcohol drinking. As such it should actually be renamed “drunkard’s noodles.” Yet another theory states that this dish is so spicy that one needs to drink beer to temper the heat.[1][2][3]

Drunken Noodles! Awesome! Now what I found interesting about this cup was that it contains ‘holy basil,’ an ingredient I’ve never heard of. Again, wikipedia:

Ocimum tenuiflorum, also known as Ocimum sanctum, holy basil, or tulasī, is an aromatic plant in the family Lamiaceae which is native to the Indian Subcontinent and widespread as a cultivated plant throughout the Southeast Asian tropics.[1][2] It is an erect, much branched subshrub, 30–60 cm tall with hairy stems and simple opposite green or purple leaves that are strongly scented. Leaves have petioles and are ovate, up to 5 cm long, usually slightly toothed. The flowers are purplish in elongate racemes in close whorls.[2] The two main morphotypes cultivated in India and Nepal are green-leaved (Sri or Lakshmi tulasi) and purple-leaved (Krishna tulasi).[3] (See Tulsi in Hinduism.)

The leaves of holy basil, known as kaphrao in the Thai language (Thai: กะเพรา), are commonly used in Thai cuisine.[18]Kaphrao should not be confused with horapha (Thai: โหระพา), which is normally known as Thai basil,[18] or with Thai lemon basil (maenglak; Thai: แมงลัก). The best-known dish made with this herb is phat kaphrao (Thai: ผัดกะเพรา) — a stir-fry of Thai holy basil with meats, seafood or, as in khao phat kraphao, with rice.

I’m curious about this stuff… I wonder if I can find it anywhere around here… Well, let’s check this one out! 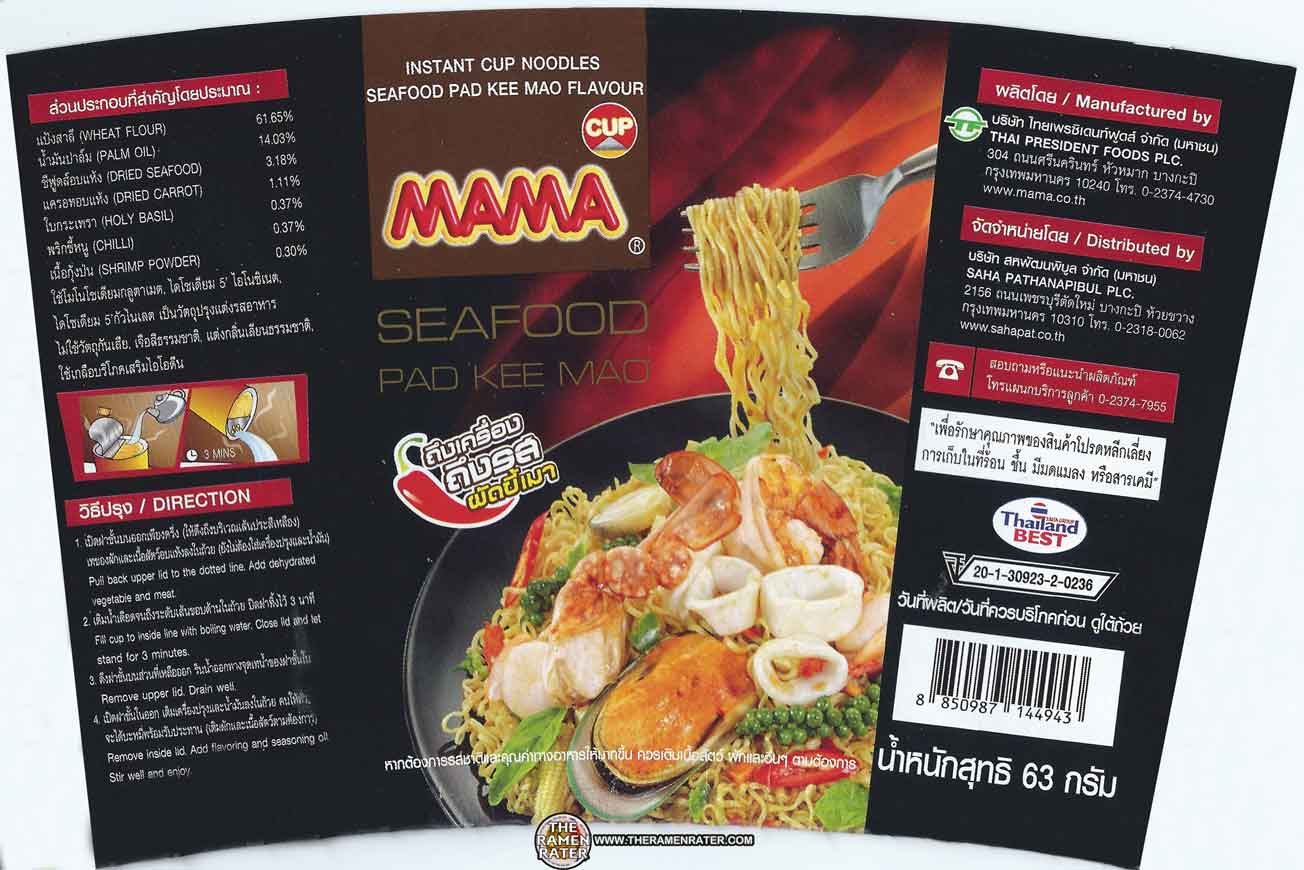 Here’s detail of the side panels (click image to enlarge). Contains seafood. To prepare, take oput all the sachets and put in the dehydrated seafood/vegetable sachet. Fill to line and steep three minutes. Open other side of lid and drain. Add in paste and powder sachets and stir well. Enjoy! 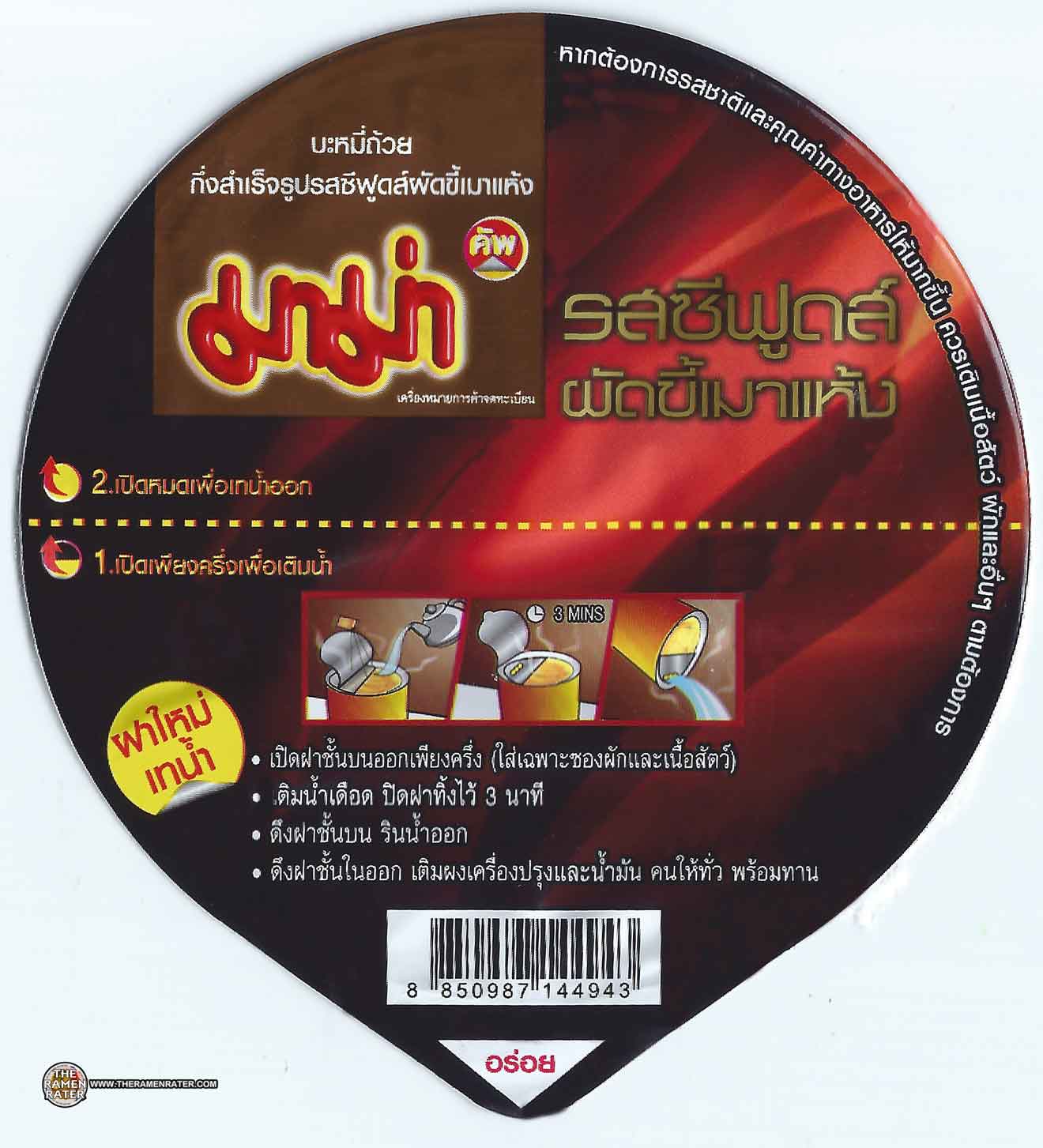 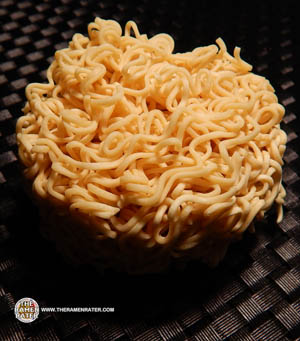 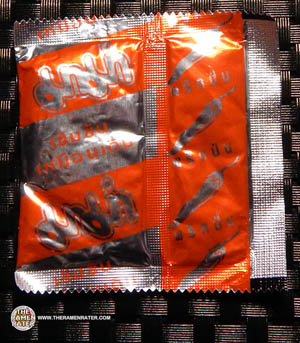 Powder base on the left and chilli powder on the right. 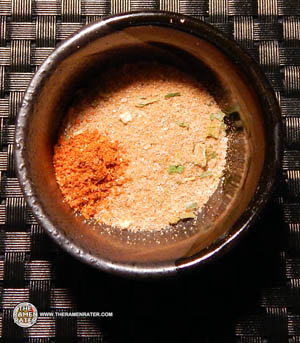 The chilli powder atop the base. Has a very interesting scent – I’m guessing the holy basil. 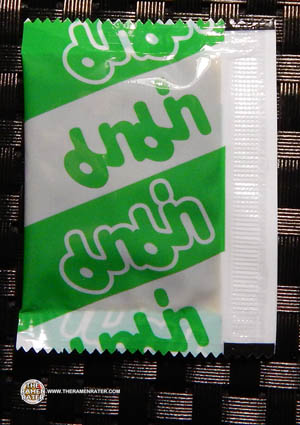 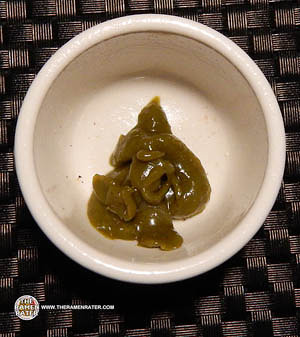 Has a nice aroma too. 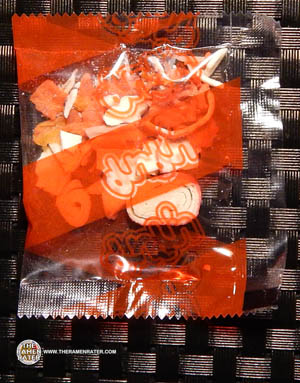 The vegetable and seafood ingredients sachet. 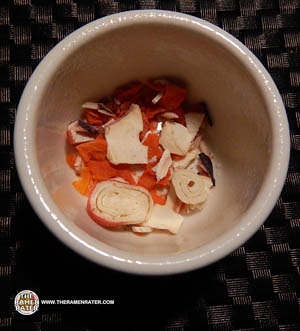 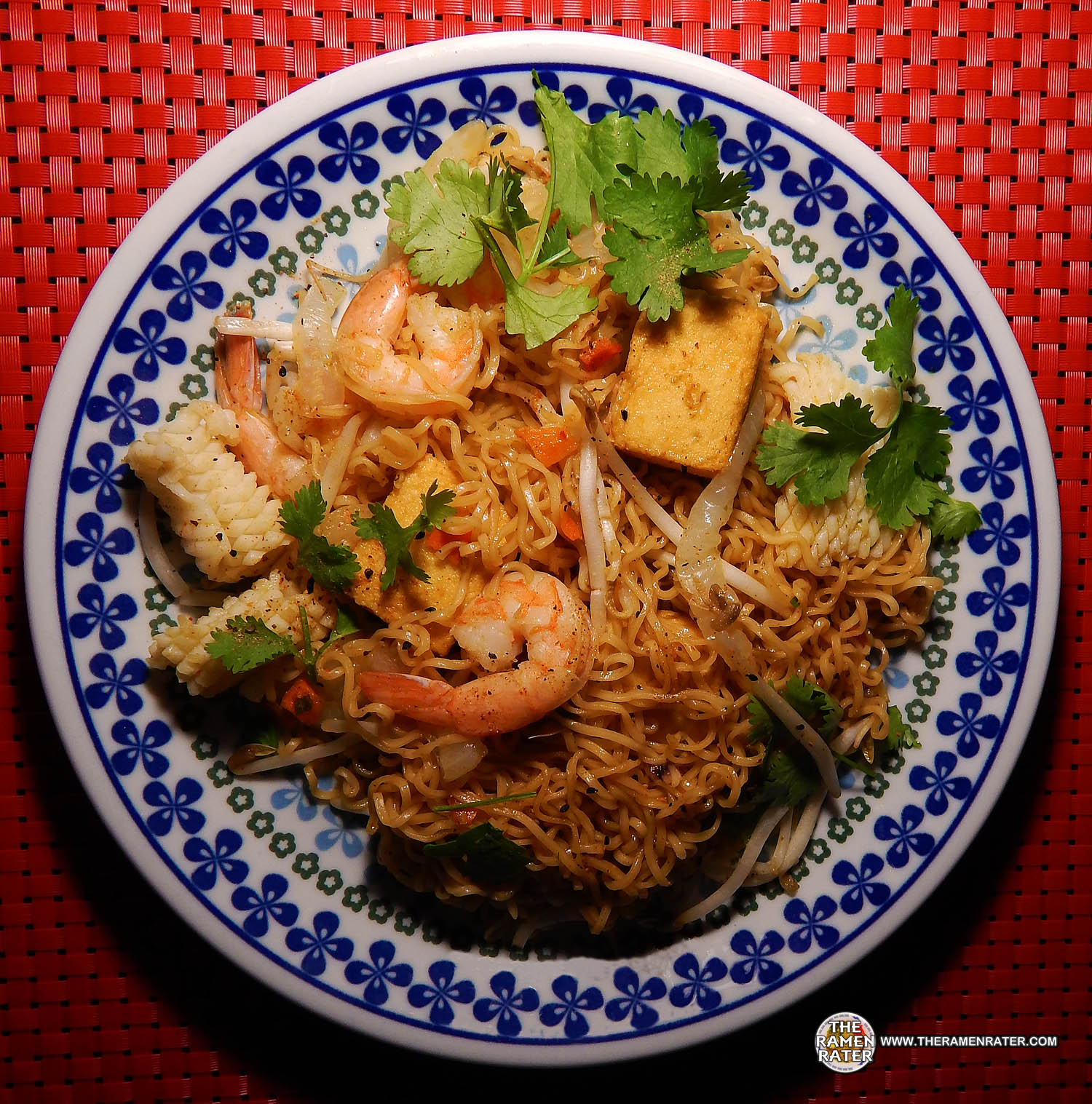 Finished (click image to enlarge). Added coriander, sliced squid, mung bean sprouts, sweet onion, shrimp, seafood flavored tofu and Jane’s Krazy Mixed Up Pepper seasoning. The noodles are thin and light with a decent little bounce to them. They aren’t like the ones you’d experience in MAMA Tom Yum packs that are pre-seasoned with a nice crumble, but different. The flavor is really quite good and can be summed as kind of a sweet seafood taste with a great bite of spiciness and then this lingering flavor from the holy basil. It’s got a really different flavor I wish was present more often instant noodle varieties. The dehydrated carrot and seafood hydrated very nicely. This was a very pleasant surprise! 5.0 out of 5.0 stars. EAN bar code 8850987144943.