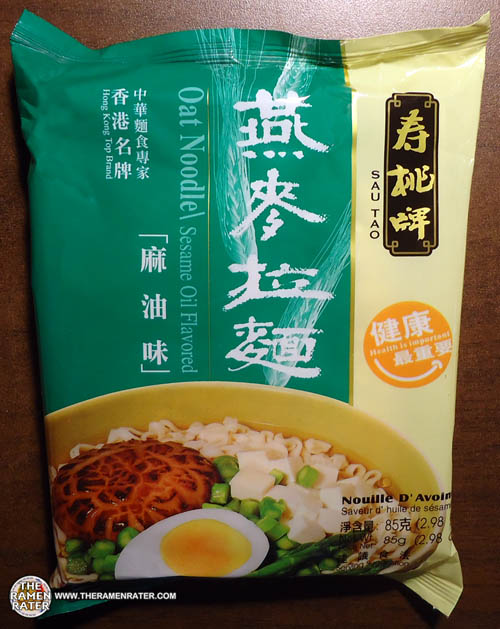 Let me say that the past couple of days have been probably a couple of the most crazy, fascinating and rewarding of my run so far as The Ramen Rater. I did am interview with Quartz (part of The Atlantic) and it went viral; Huffington Post picked it up, Grub Street, Digg,… Did an interview with South Korea’s Cultwo Veranda Show and appeared, and have two interviews with radio and television lined up in the next couple of days. A couple of interesting opportunities I can’t talk about yet have popped up and I’m very excited about them and will share as soon as I can. Thursday I went up to Canada and met with some folks at a big Asian grocery called T&T Supermarket. They were really nice people and even sent me home with some great new varieties to review and share! Thank you so much! This is one of them. Oat noodles? This sounds different – see the little circle on the lower right? It says ‘health is important. Let’s check it out! 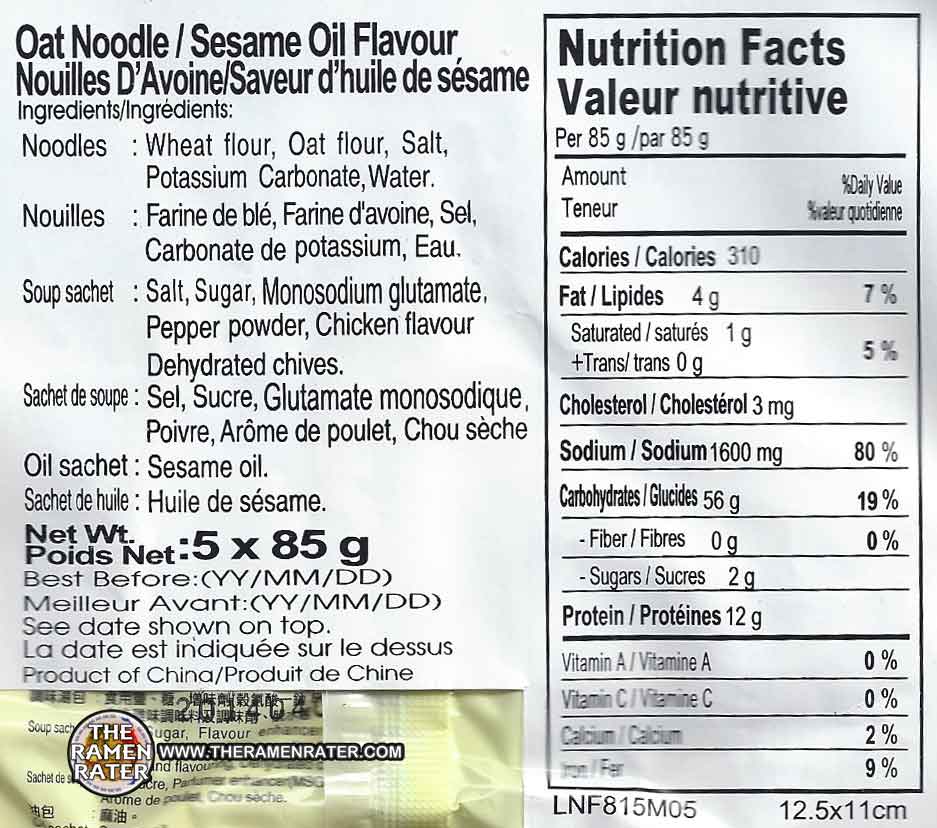 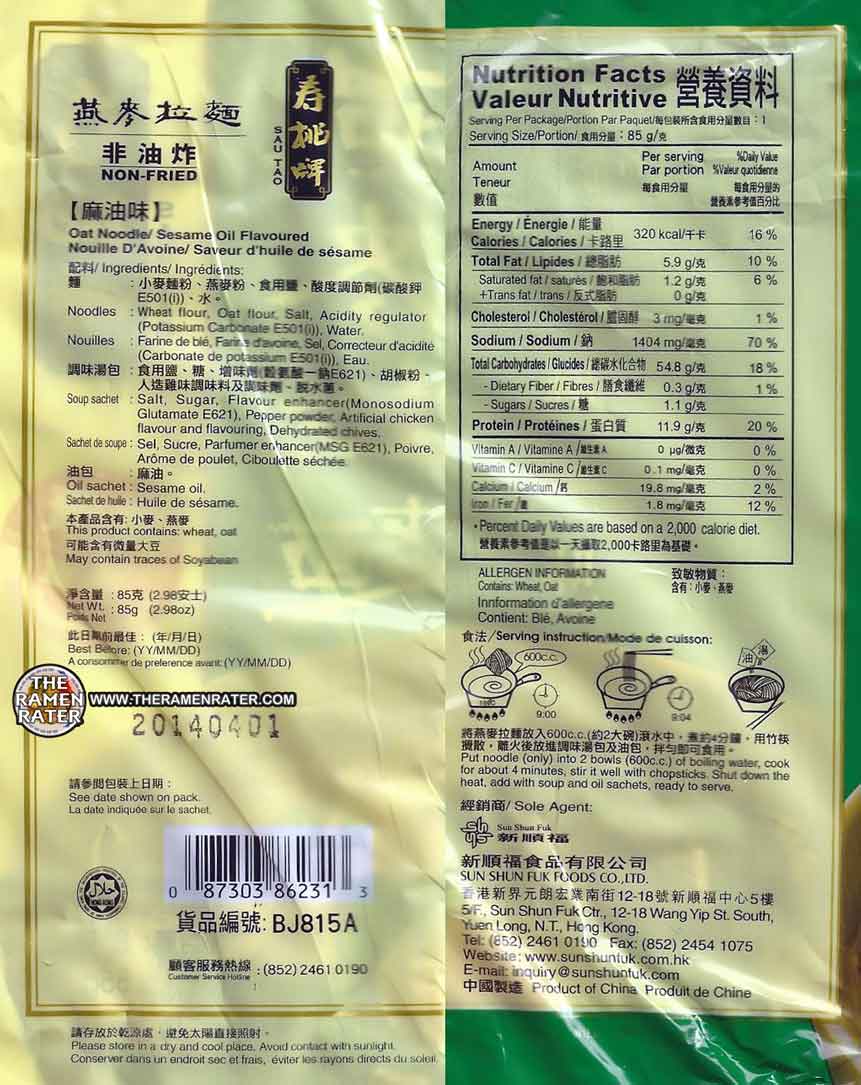 The back of the package (click image to enlarge). I mentioned the little circle on the front saying ‘health is important.’ Looking at the nutrition guide, it says here there are 5.9g fat (the sticker however says 4g), pretty low for an instant. These are non-fried. Looks to be free of meat. 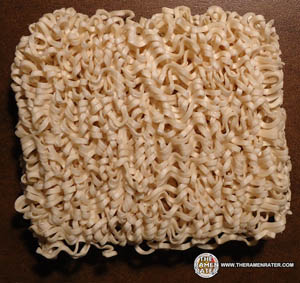 The soup base powder. 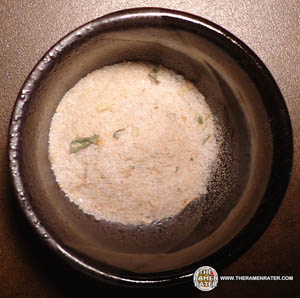 Has an interesting scent; a slight acrid note as well as a chicken scent. 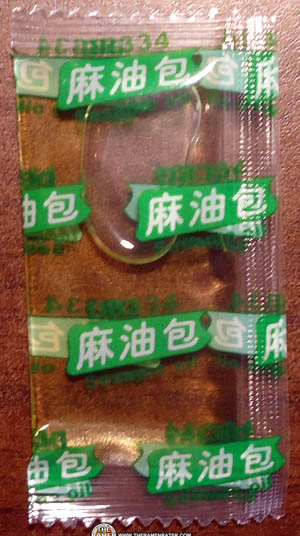 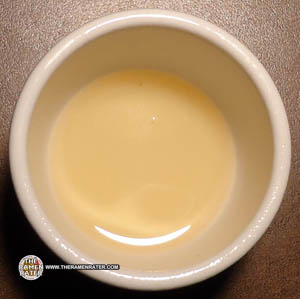 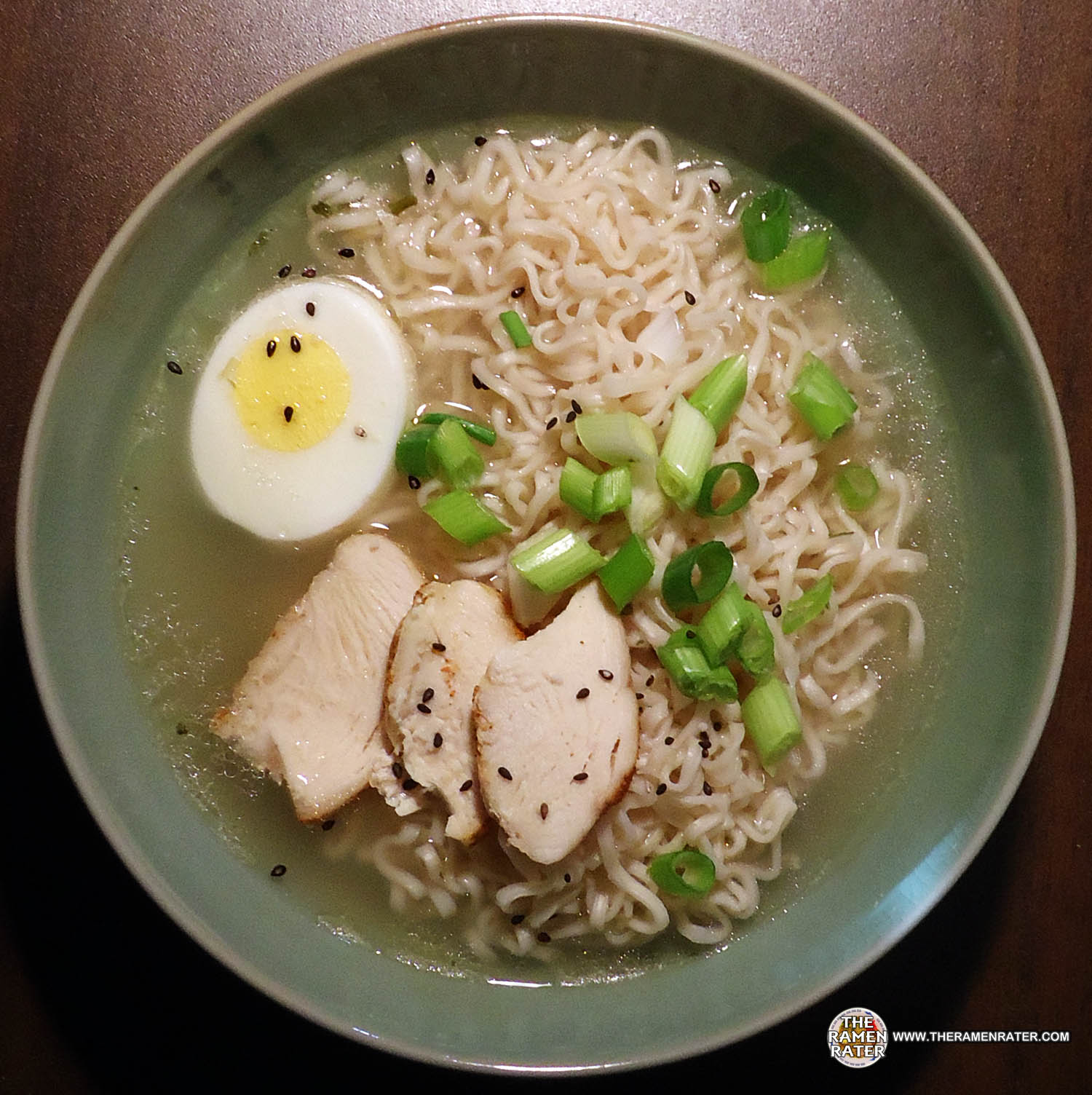 Finished (click image to enlarge). Added green onions, hard boiled egg, baked chicken breast seasoned with Tony Chachere’s Creole Seasoning and a little Urashima Sesame & Salt furikake. The noodles are almost the exact same gauge of a standard run-of-the-mill instant, however they have a completely different feel – they’re chewier first off. The also seem to be a little better quality. It’s a nice gauge and feel and they’re not so chewy they can’t be broken by pursing the lips. The broth is nice – good chicken and sesame flavor. Better than I expected. 3.75 out of 5.0 stars.UPC bar code 087303862313.