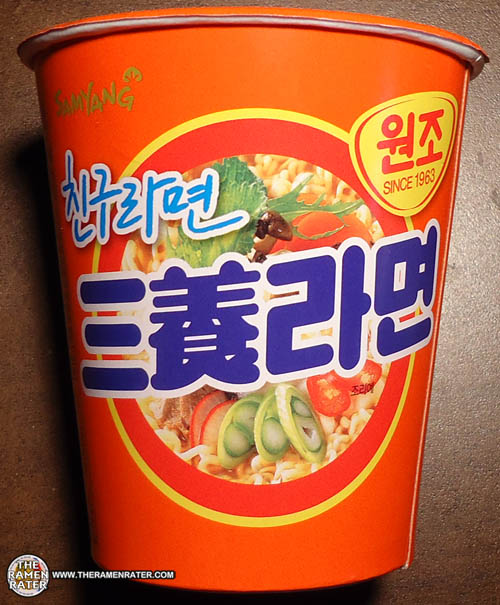 Today, it’s a South Korean classic cup. These guys were the very first to introduce ramyun in South Korea back in 1963! I did a Meet The Manufacturer with Samyang Foods- here’s what they have to say about cups:

3) Cup (Bowl) Ramyun
In March 1972, Samyang Foods launched Cup Ramyun. (In Korea, people actually do not differentiate between Bowl Ramyun and Cup Ramyun. They just call everything big cup ramyun or small cup ramyun.)
Nissin  was the first company which developed cup ramyun in the world in 1971 and Samyang Foods introduced it in 1972.

You can read the rest of my interview with Samyang Foods here. Let’s check out this cup ramyun! 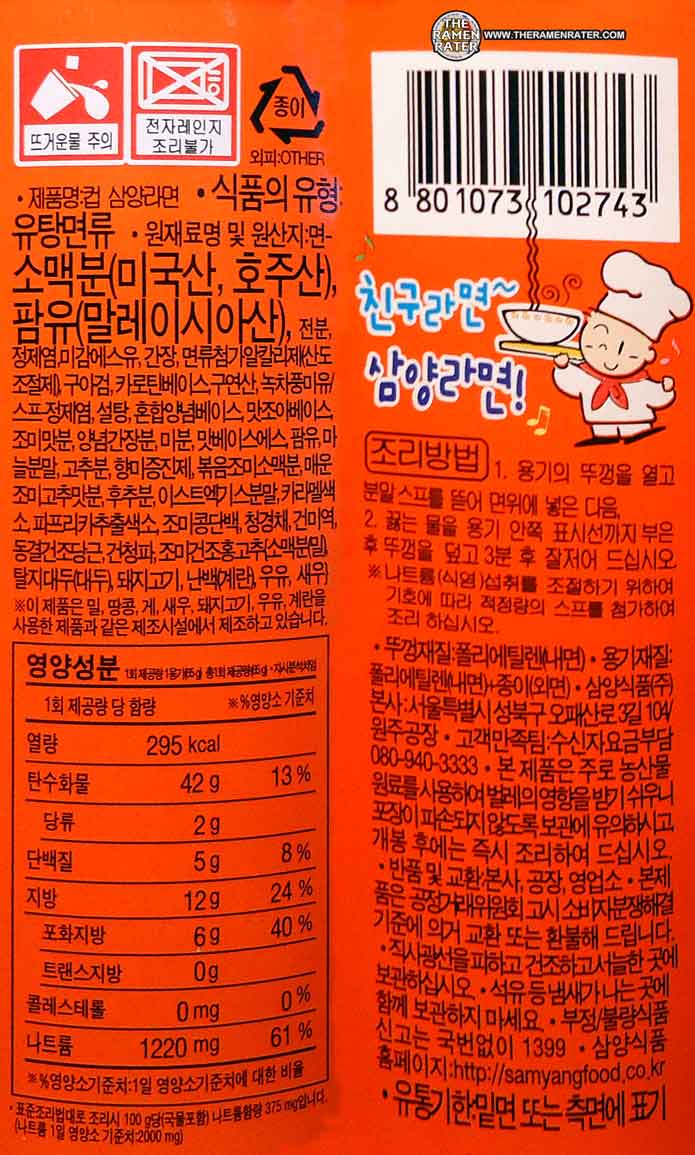 Here are the side panels (click image to enlarge). May contain beef. 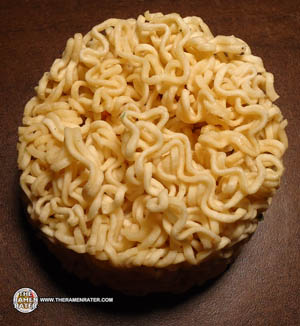 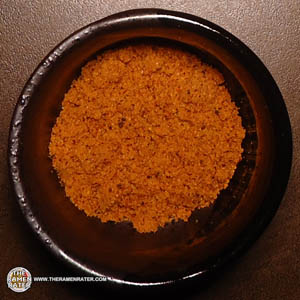 The red-orange powder that is synonymous with South Korean ramyun. Spicy and rich. 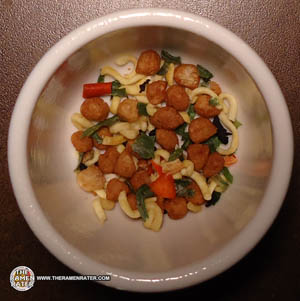 Here is some of the bits from the bottom of the cup. Veggies and some bits of either beef or (most likely) TVP (textured vegetable protein). 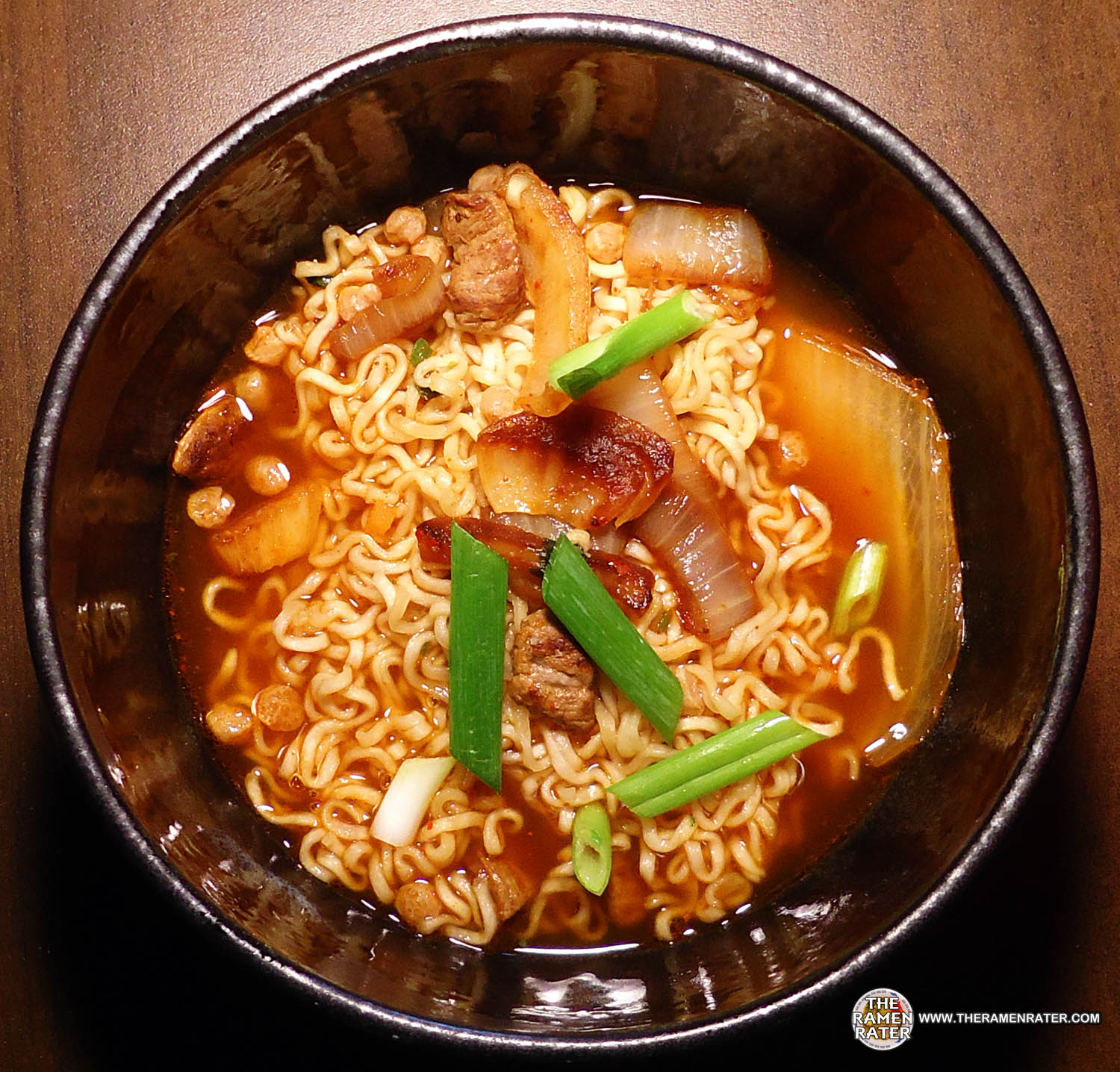 Finished (click image to enlarge). Added beef, Vidalia sweet onions and kimchi I sauteed and some green onions. The noodles are a little thinner than the pack version, but have a nice chew and texture. The broth has a nice bit of spiciness and rich flavor. The bits of TVP hydrated well as did the small amount of vegetable. 3.5 out of 5.0 stars.UPC bar code 8801073102743.

Starting at the 3m20s point, here’s a nice story about South Korean’s ramyun’s 50th anniversary – they even mentioned me in it wow!