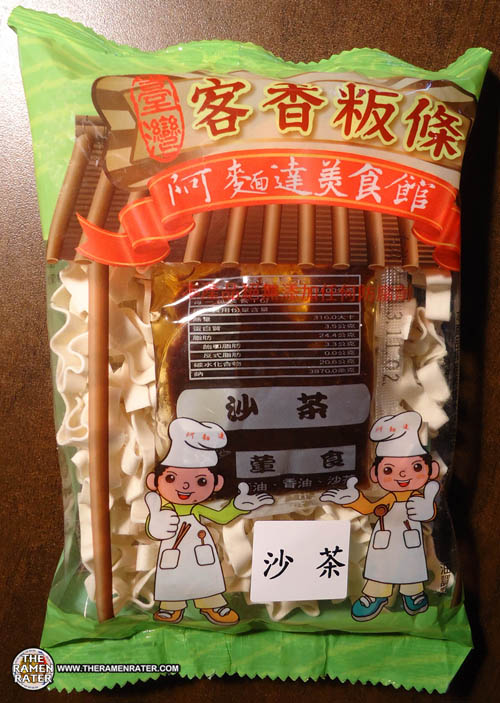 I don’t know what made me do it, but I felt a need to consult Wikipedia on satay and Taiwan. So I did and found this:

Shacha sauce (Chinese: 沙茶; Pe̍h-ōe-jī: sa-te; also spelled sa cha sauce), or paste is a Chinesecondiment primarily used in Fujian, Teochew, and Taiwanese cuisines. It is made from soybeanoil, garlic, shallots, chilis, brill fish, and dried shrimp.[1] It has a savory and slightly spicy taste.

The ingredient has multiple uses:

Shacha sauce is also known as sa-te sauce in the Hokkien dialect, reflecting its origin back to the satay sauce introduced by expatriate Chinese returning from South East Asia. It is however quite different from the peanut-based satay sauce popular in Malaysia, Indonesia, and Singapore.

Was glad I did – I thought that this might be more of a chicken or beef kind of flavor, but I would’ve been completely wrong. So, satay or shacha, here it is! 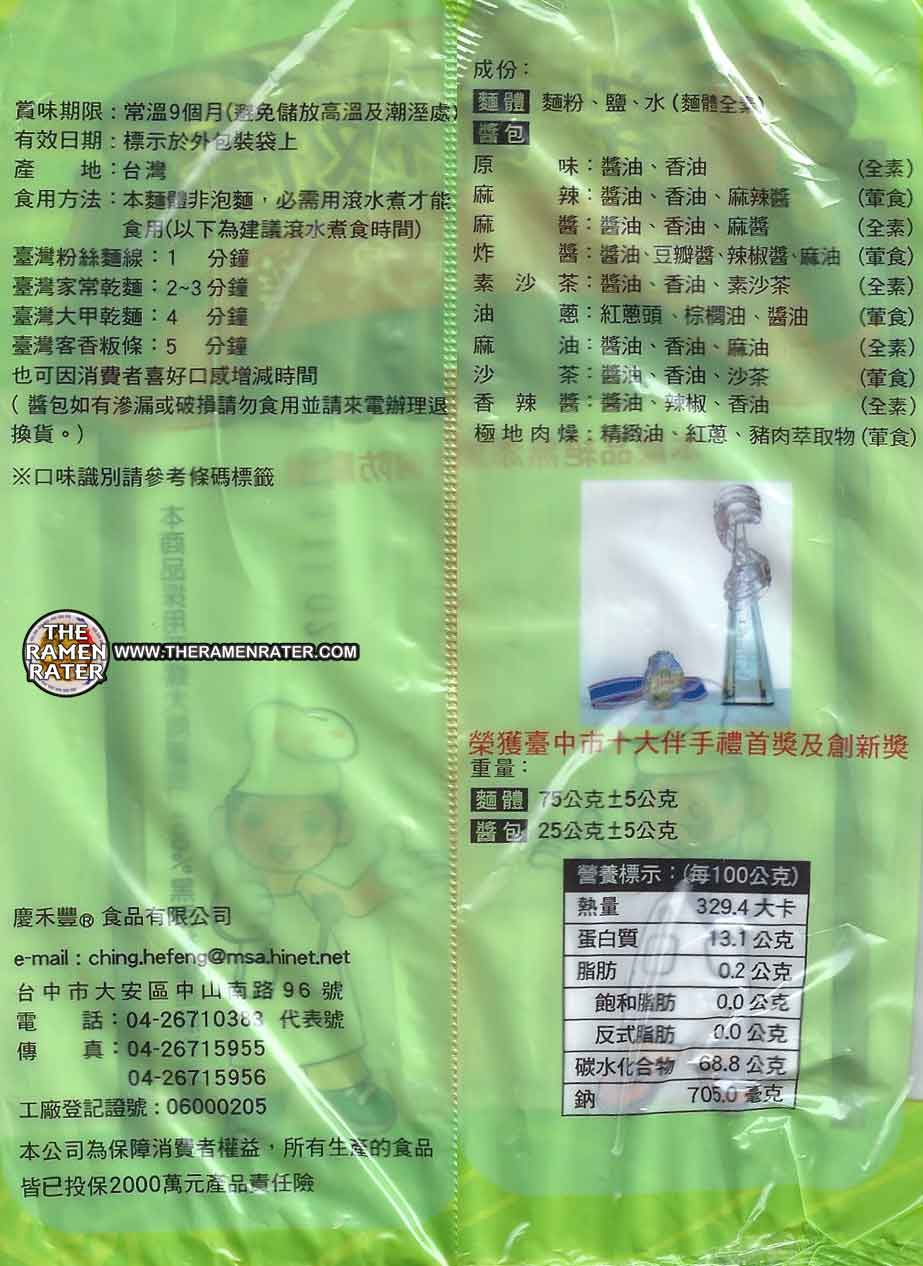 The back of the package (click image to enlarge). May contain seafood. 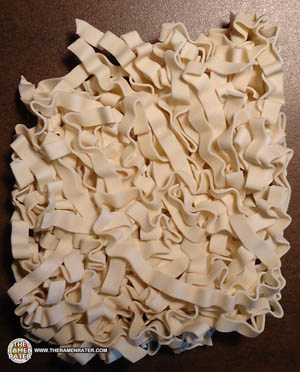 The noodle block. Note that these are hakka noodles – wide! 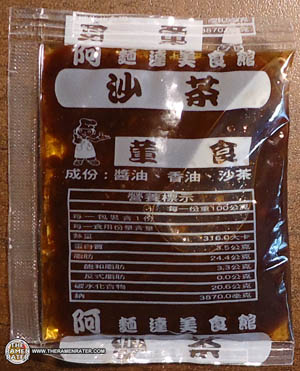 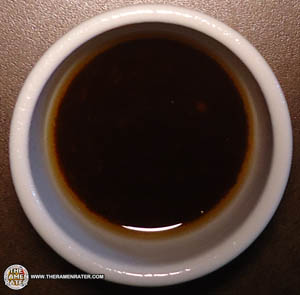 The sauce has a soy sauce scent. 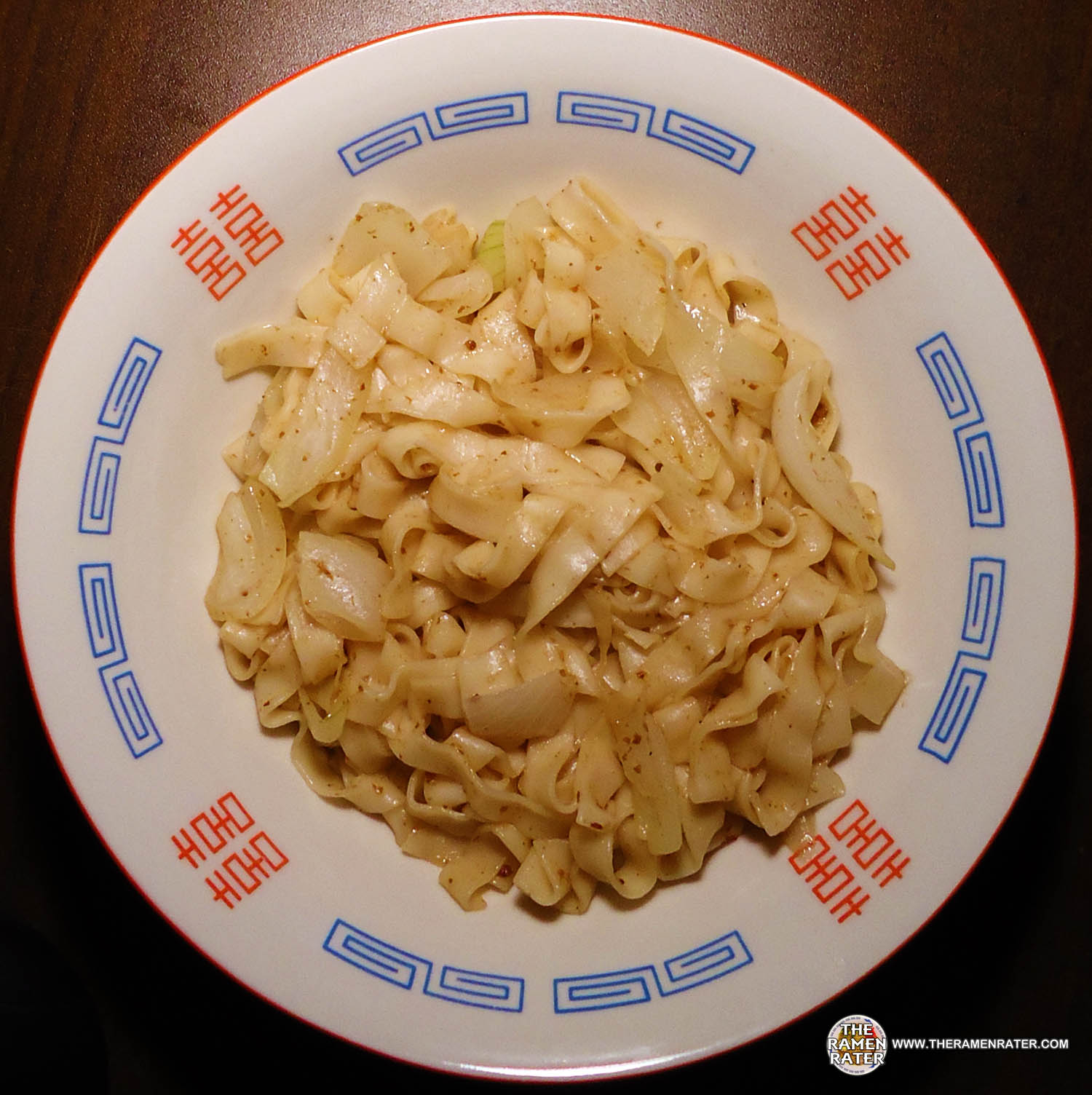 Finished (click image to enlarge). Added Vidalia sweet onions. The noodles are broad and have such a nice texture – so like an egg noodle but not eggy! The flavor is light; and has a seafood taste that’s very enjoyable. Reminds me of shrimp shumai. 4.5 out of 5.0 stars.

A fish market in Taiwan.