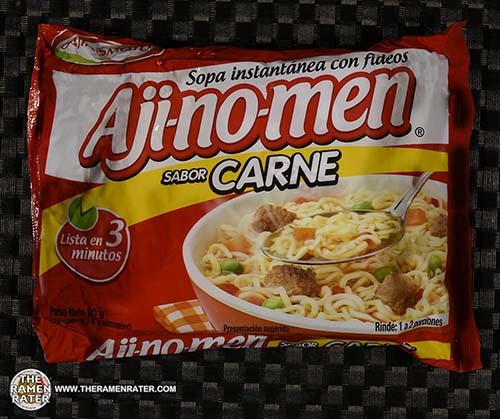 A huge thanks to MLats for shooting this over! Love it when readers come through with varieties I’ve never gotten the chance to try and really want to.

So – a little background. Aji-no-men is produced by a company called Aji-no-moto. Here’s a little about the Japanese company from Wikipedia –

The origin of Ajinomoto Co., Inc. was a newly organized business unit in 1908 in Suzuki Pharmaceutical Co., Ltd., founded in May 1907 by Saburosuke Suzuki II. This unit was organized at a request of Dr. Kikunae Ikeda (1864–1936), a Professor at Tokyo Imperial University, who invented a method for producing monosodium glutamate seasoning. He wanted to commercialize his discovery and by working with Sabururosuke Suzuki II to make this a reality in 1909. Under the general control of Saburosuke, Chuji Suzuki, a younger brother of Saburosuke, was in charge of the production and Saburo Suzuki, a son of Saburosuke, handled sales and marketing.[37] Dr. Ikeda was interested in the taste of kelp juice and when analyzing samples, he discovered the causative substance of its unique flavour, was monosodium glutamate (MSG). He named this specific taste “umami.”. Umami is now accepted around the world as one of the essential basic tastes, but it was not yet known at the time of discovery.[38] Ikeda further invented a method of manufacturing MSG, and acquired patents in Japan in 1908, France in 1909, the UK in 1910, and in the United States in 1912.[39] After obtaining a Japanese patent, Ikeda was inspired by an article written by a Japanese doctor, Hide Miyake, claiming that the flavour of umami facilitated digestion. Subsequently, in order to use umami to improve the health of the Japanese at that time, he asked Saburosuke Suzuki II to further commercialize it for general consumption.[40][41] The product name “AJI-NO-MOTO,” which continues to be used today, represents a seasoning that is made from vegetable proteins such as wheat and soybean. In November 1908, the company registered its trademark for ““AJI-NO-MOTO””. In parallel, in October 1908, prior to the start of manufacturing and in consideration of safety issues, the company conducted an evaluation test of monosodium glutamate at the Tokyo Sanitation Laboratory of the Ministry of the Interior. Test results and evaluations showed that the product was harmless and suitable for human consumption. As a result, full-scale production began in December 1908 and products were mass-produced by March the following year. After presenting the product at an exhibition at the first new product exhibition event held in Ueno, Tokyo, in April 1909,[41] sales for general consumers began on May 20th 1909.[42] This is the founding anniversary of the business.[43]

So yeah – this is a very old Japanese company and they have lots of different product ranges. I’ve always wanted to try their instants, and here’s some from their Peruvian line! Let’s give it a try! 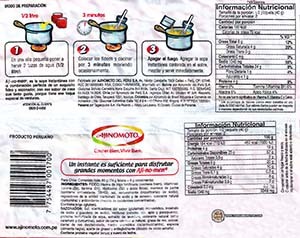 Here’s the back of the package (click to enlarge). Looks to contain beef. To prepare, boil noodles in 500ml water for 3 minutes. Add in soup base. Finally, stir and enjoy! 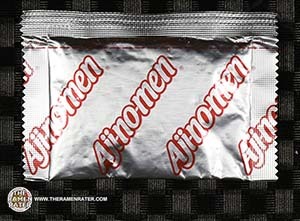 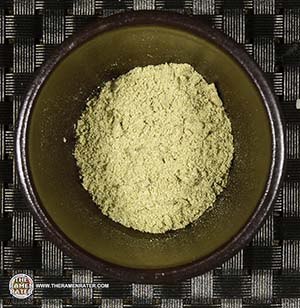 A dry soup base. 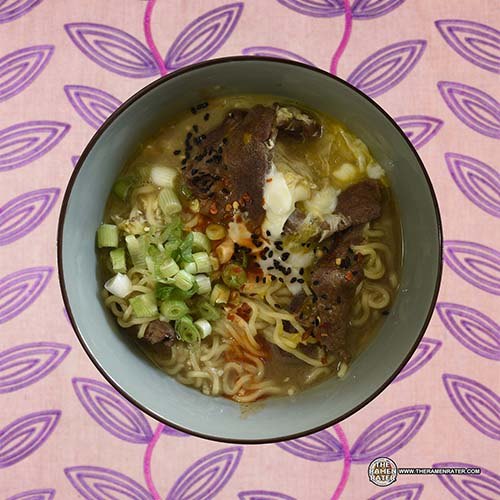