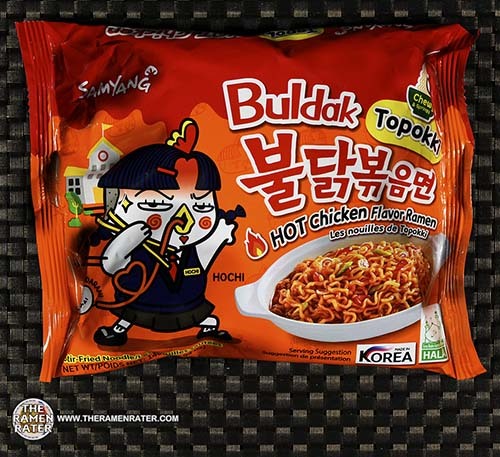 Spicy stuff! So this one is the latest of the standard pillow pack varieties of the ‘fire noodle’ series. For those of you who don’t know what topokki is, here’s a little something from Wikipedia –

Tteok-bokki (떡볶이) or stir-fried rice cakes is a popular Korean food made from small-sized garae-tteok (long, white, cylinder-shaped rice cakes) called tteokmyeon (떡면; “rice cake noodles”) or commonly tteok-bokki-tteok(떡볶이 떡; “tteok-bokki rice cakes”).[1][2] Fish cakes, boiled eggs, and scallions are some of the most commonly added ingredients. It can be seasoned with either spicy gochujang (chili paste) or non-spicy ganjang (soy sauce)-based sauce; the former being the prototype,[3] and the latter often called gungjung-tteok-bokki (royal court tteok-bokki). Today, variations also include curry–tteok-bokki, cream sauce–tteok-bokki, jajang-tteok-bokki, seafood–tteok-bokki, galbi-tteok-bokki and so on. Tteok-bokki is commonly purchased and eaten at bunsikjip (snack bars) as well as pojangmacha (street stalls).

Ingredients such as seafood, short ribs, instant noodles, chewy noodles are also added to the dish.

I would say that topokki is one of the tastiest things I’ve had – whether a spicy one or cream cheese topokki – oh man that’s good too. Anyways, let’s check out this newest variety! 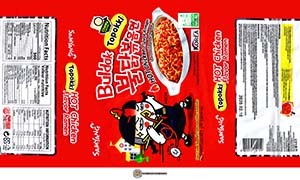 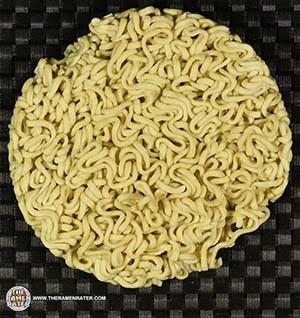 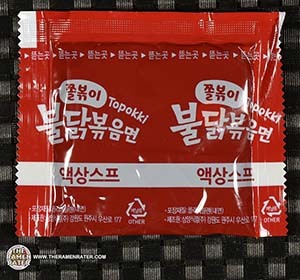 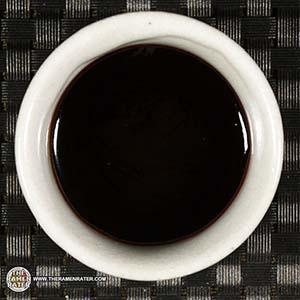 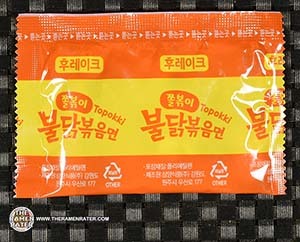 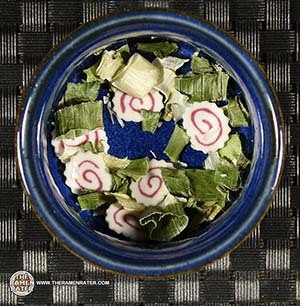 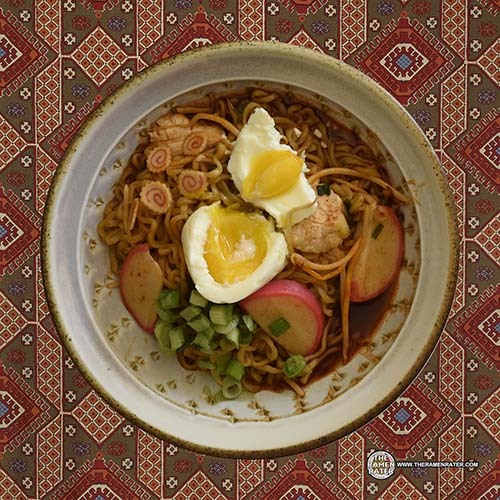 Finished (click to enlarge). Added Salad Cosmo mung bean sprouts, kamaboko, baked chicken with NuTek Salt For Life, spring onion, and soft egg. The noodles are just superb – thick and chewy. Sauce coats everything really well and heat is strong. A great balance of heat and flavor and the little fishcake pieces are a nice bonus. 5.0 out of 5.0 stars.  EAN bar code 8801073114159.