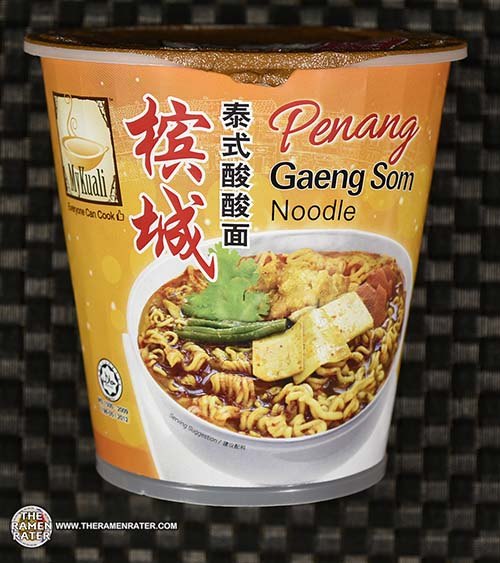 Well look here  something brand new from MyKuali! I think the last new thing they introduced was their fried noodle – their mee goreng. This one though – I’ve never heard of this before. Let’s look at Wikipedia and see what we can find –

Kaeng som or gaeng som[1] (Thai: แกงส้ม, pronounced [kɛ̄ːŋ sôm]) or Thai sour curry[2] is a sour and spicy fish curry or soup with vegetables popular in central Thailand.[3] The curry is characteristic for its sour taste, which comes from tamarind (makham). The recipe uses palm sugar (Thai: น้ำตาลปี๊บ, namtan pip) to sweeten the curry.

The versions using shrimp instead of fish are more popular; kaeng som with shrimp and cha-om omelet is now a standard dish in Thailand. Other types may include pineapple or seafood. The common point, however, is that coconut milk is not used in this sour curry.[7]

Wow this sounds very interesting – a sweet and sour kind of curry – I’m definitely interested. Let’s check out this new cup from MyKuali!

Detail of the side panels (click to enlarge). Contains fish and shrimp. To prepare, add in sachet contents and boiling water to line. Cover for 4~5 minutes. Finally, stir and enjoy! 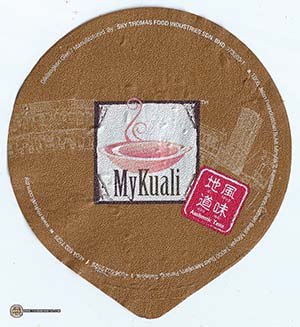 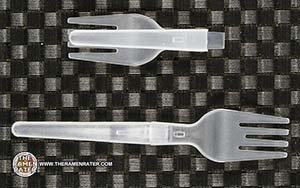 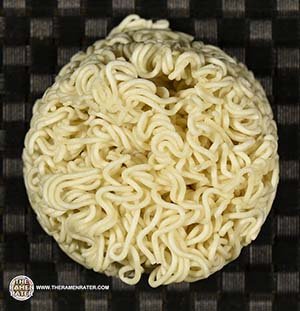 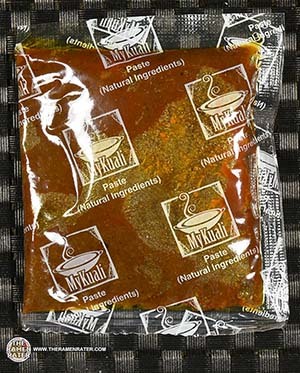 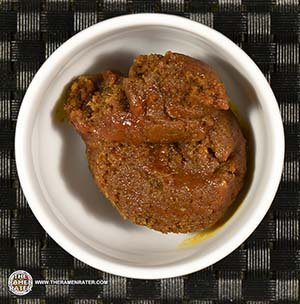 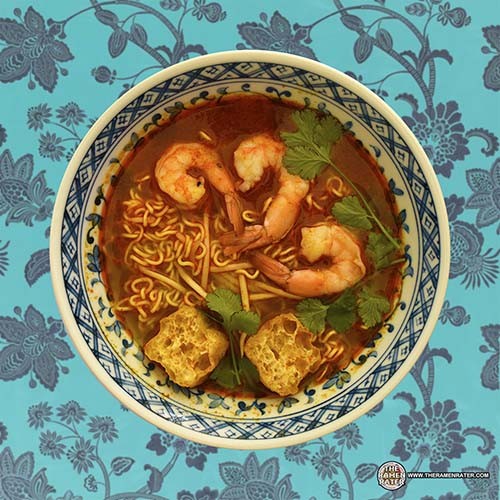 Finished (click to enlarge). Added Salad Cosmo mung bean sprouts, coriander, shrimp, tofu puff. Noodles are thin and have a nice crumble. Broth is kind of like a tom yum, but then again not like a tom yum. Doesn’t seem to be sweet either as mentioned in the Wikipedia entry I read – all that being said, I really like it! I didn’t know exactly what to expect, but this works quite well. Sour, spicy and tasty. 4.5 out of 5.0 stars. EAN bar code 9555655005807.