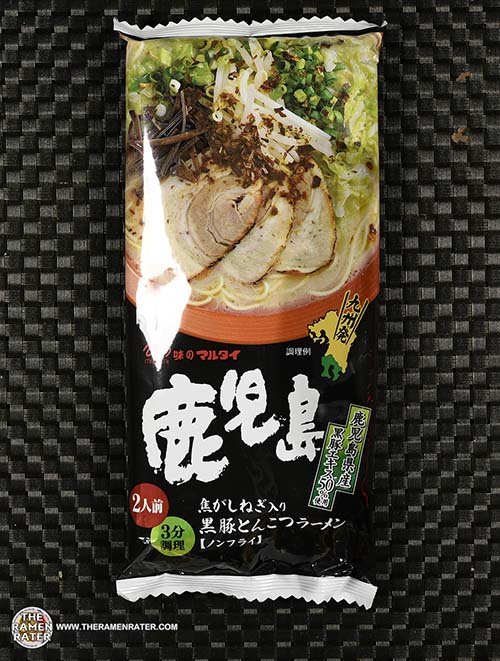 This one was in a Ramen Trunk subscription box.These boxes are full of extremely high end varieties that you’ll never find in the United States or anywhere outside Japan! Check out this link and use coupon code RAMENRATER20OFF for 20% off any single box or subscription!Here’s what they had to say about this particular variety – “Kagoshima prefecture is located towards the souther part of Kyushu Island and is defined by it’s proximity to the sea.

Kyushu island, which also contains Hakata and Fukuoka, is the birthplace of tonkotsu (pork bone broth) ramen. Thus, Kagoshima ramen is predominantly tonkotsu based as well. This pack of Kagoshima Black Pork Ramen contains noodles from a non-fried and non-steamed recipe to maintain as much of the original flavor and texture as possible and the noodles are straight and slightly thicker picking up more of the broth.

The tonkotsu broth contains broth made from Black Pigs from Kagoshima and has a distinct vegetable taste which is slightly sweet. There is also a distinct “burnt onion” taste unique to Kagoshima ramen.”

Wow this one sounds awesome; let’s give it a try! 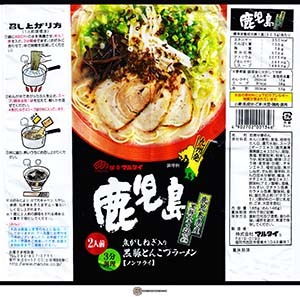 Detail of the package (click to enlarge). I’m sure it contains pork. To prepare, add one bundle of noodles to 480ml boiling water and cook 3 minutes. Add in sachet contents. Finally, stir and enjoy! 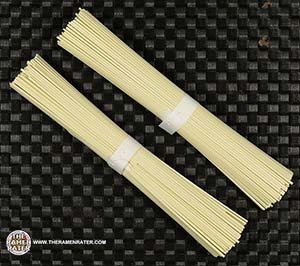 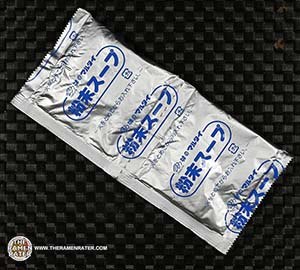 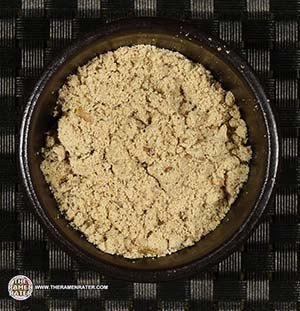 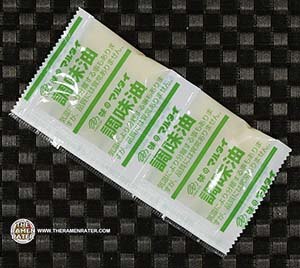 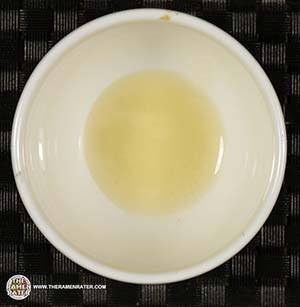 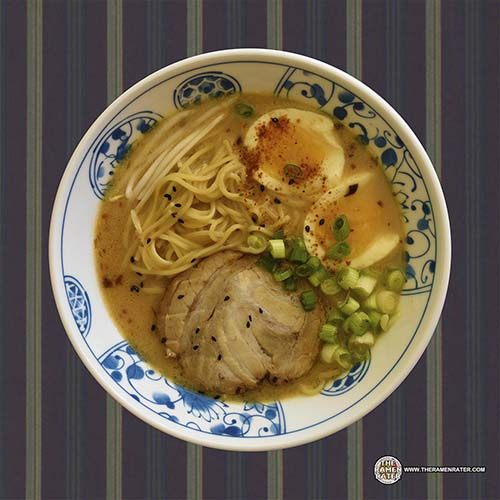 Finished (click to enlarge). Added Salad Cosmo mung bean sprouts, soft egg, chashu pork, spring onion and habanero togarashi. The noodles came out quite nice – thickness was good and chew was sturdy. The broth was super thick – very rich and hearty. If you don’t like pork or tonkotsu, you will abhor this luxuriant experience. 5.0 out of 5.0 stars.  JAN bar code 4902702001346.