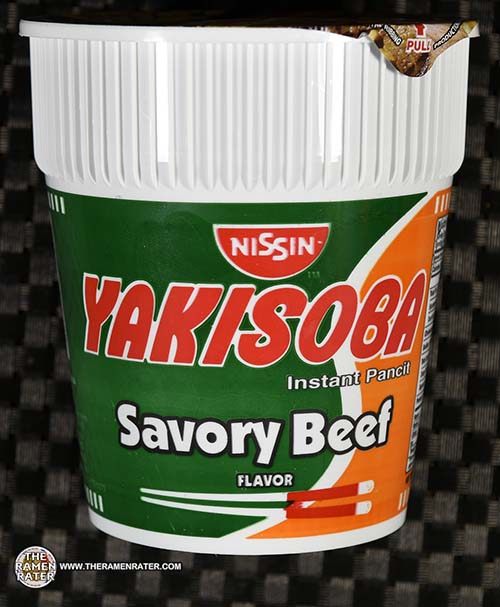 This one was found up in Richmond, BC at the SuperStore. What’s funny about this one? Well, it shows chopsticks on the cup and has a fork inside. I’ve been given a ration of insults and criticism for using a fork. I really don’t understand why; I mean, here’s an Asian variety with a fork. I think it’s common for Westerners to immediately go to ‘Asian people use chopsticks and if you use them wrong you suck’ kind of thing. My logic is that if I’m in Asia, I’ll use a pair of chopsticks. In Thailamd they use a fork to push food onto a spoon and then eat it, so I did that while there. It really doesn’t matter what tool you decide to use, it’s about eating a meal, right?

Anyways back to more important matters. What’s pancit you ask? Here’s something from Wikipedia –

In Filipino cuisine, pancit are noodles. Noodles were introduced into the Philippines early on by Chinese Filipino settlers in the archipelago, and over the centuries have been fully adopted into local cuisine, of which there are now numerous variants and types. The term pancit is derived from the Hokkien pian i sit (Chinese: 便ê食; Pe̍h-ōe-jī: piān-ê-si̍t or Chinese: 便食; pinyin: biàn shí) which literally means “convenient food.”[1] Different kinds of noodles can be found in Filipino supermarkets which can then be cooked at home. Noodle dishes are also standard fare in local restaurants. Food establishments specializing in noodles are often referred to as panciterias.

Nancy Reyes Lumen of the Philippine Center for Investigative Journalism writes that according to food lore handed down from the Chinese, noodles should be eaten on one’s birthday.[1] They are therefore commonly served at birthday celebrations and Chinese restaurants in the Philippines often have “birthday noodles” listed on their menus. However, she warns that since “noodles represent long life and good health”, they must not be cut, as that would “corrupt the symbolism.”[1]

Pancit is a derivative of a type of noodle(s) that originated in China but pancit which is different in its own aspect originated in the Philippines. The fact that pancit is eaten and part of Filipino culture means that it was most likely brought over from settlers originating in China or East Asia.

Well, there you go – pancit means noodles. Let us begin. 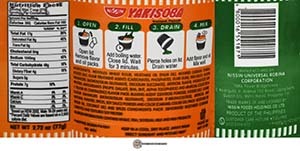 Detail of the side panels (click to enlarge). Contains beef.. To prepare, add boiling water to fill line. Cover for 3 minutes. Drain. add in sachet contents. Finally, stir and enjoy! 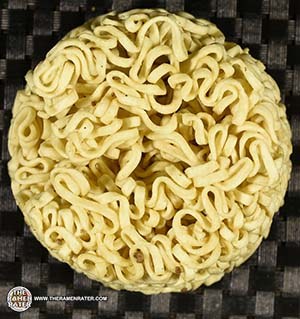 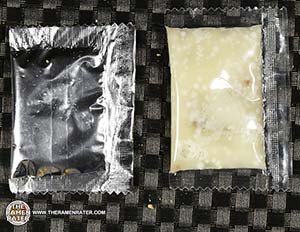 A dry and a wet sachet. No contents pics today – we got a few inches of snow last night and I woke up to a big flash and heard electronics clicking. I figure getting everything ready fast as possible’s probably a good plan. 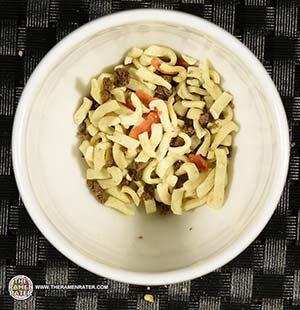 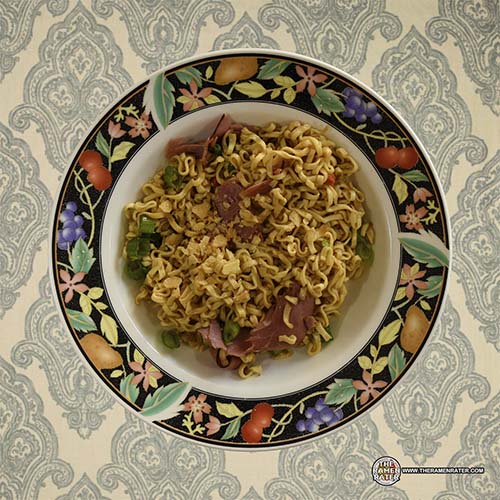 Finished (click to enlarge). Added roast beef lunch meat, Salad Cosmo mung bean sprouts, spring onion, and fried garlic. The noodles are slightly broader than others I usually see from the Philippines. They had a nice soft tooth and were of good character. The flavor was definitely on the Filipino side of the spectrum – nice beef with other flavors going on. This seemed more pancit than yakisoba and was pretty good. 3.75 out of 5.0 stars.  EAN bar code 4800016551871.