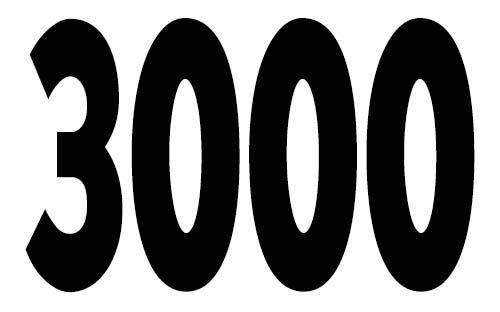 I want to start by thank you for having a look at this. 3000. It’s a pretty big number. I would never have achieved it without the help and support of my family- my mother who introduced me to the instant noodle at an early age, my father who introduced me to the world of Asian cuisine, my sister for supporting all of my niche ventures whether they be instant noodles or hot sauces or even robot skinning, my children for trying all these different flavors I’ve foisted upon them over the years. Most of all, I want to thank my wife Kit who has stood by me through thick and thin, been a sounding board for my ideas, waited patiently as I inspect every aspect of the noodle aisle at an Asian grocery, and stood by me through it all. I love you all. 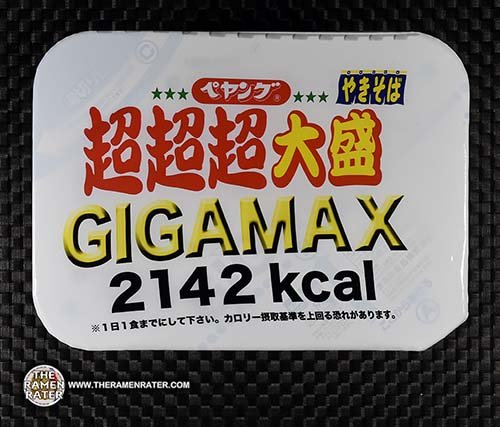 Well, today’s the day. It’s kind of funny – this is probably the largest instant noodle I’ve ever reviewed, exclaiming the massive size in it’s name and then the calories below in huge text as well. I originally thought wow – how could anyone eat something this enormous?? I probably could, but I like yakisoba – but I don’t like feeling how I would probably feel after pounding this huge tray. Not only that, I thought that it would be more fitting to prepare it and share it with family. There’s definitely more than enough here for everyone to get a taste! 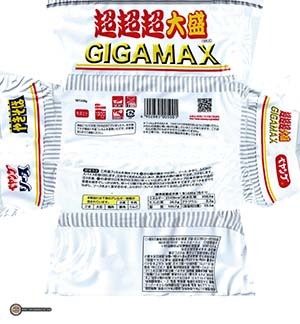 Detail of the outer wraps (click to enlarge). Unsure whether it contains meat. Check for yourself. To prepare, add in solid ingredients sachet and fill to line with boiling water (1300ml!). Cover for 3 minutes. Drain. Add in liquid base sachet and stir. Add smaller dry seasonings sachet. Finally, stir and enjoy! 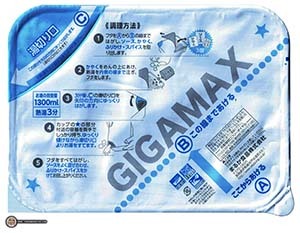 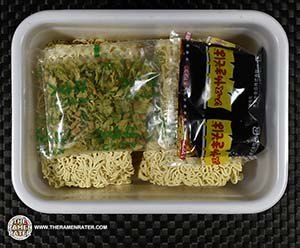 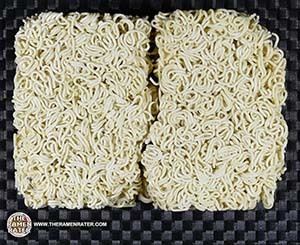 This is an enormous noodle block. I’m going to guess that it equals about four times the noodles contained in a single tray of Peyoung yakisoba. 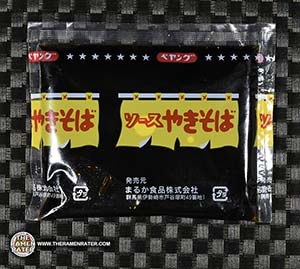 A huge sachet of yakisoba sauce. 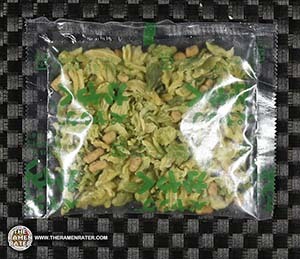 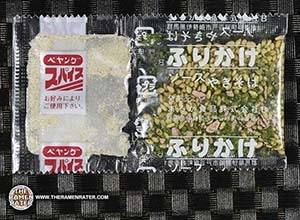 A large sachet of what I think to be white pepper on the left and a togarashi on the right. 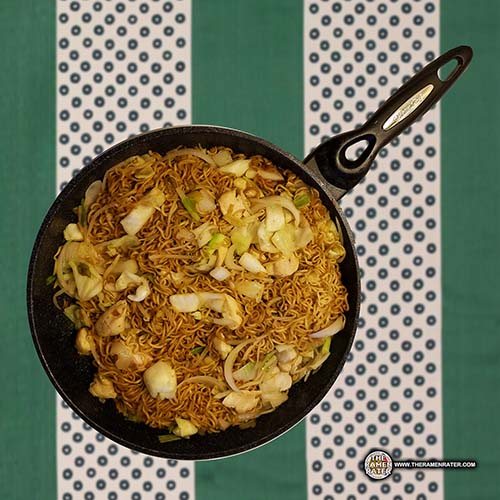 Here’s everything in a skillet after doling it up (click to enlarge). 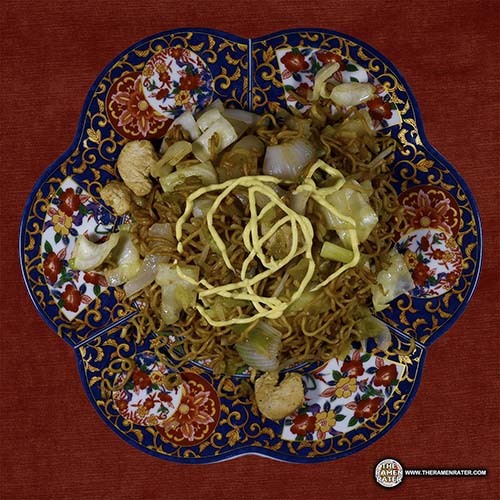 Finished (click to enlarge). Added white onion, mung bean sprouts, cabbage, chicken, spring onion and mayonnaise. I’ve sampled this variety in a multitude of forms over the years – and this is just a huge version of it. It was so large that it was a dinner for myself, my wife, my mother, my sister, and my son Andy. The noodles are great – nice quality and chew. The flavor is definitely a sweet and salty one – but it doesn’t have that tangy bite that yakisoba usually has that I missed. That being said, it is still quite good – the included garnish and included cabbage worked well. Was a nice dinner for all. 3.75 out of 5.0 stars.  JAN bar code 4902885005001.