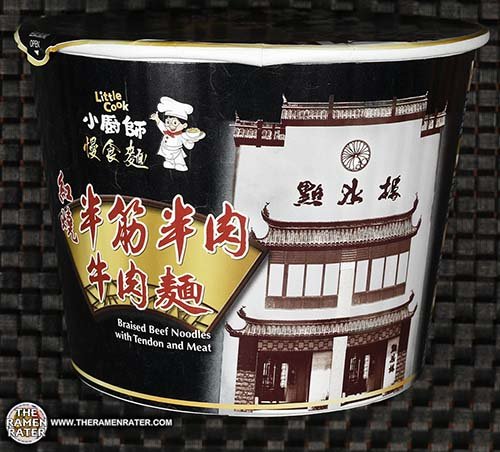 I received this as a gift from a representative of the Little Cook brand in Taipei, Taiwan at the Taiwan International Food Expo! Thank you very much! She also accepted the third place award from The Ramen Rater’s Top Ten Taiwanese Instant Noodles Of All Time 2017 Edition – Little Cook Green Curry –  at the awards show.

This is a heavy bowl. Not metaphorically but in regards to the bowl’s actual weight. I am very curious to see everything that’s in here. Here’s a little about braising from WIkipedia –

Most braises follow the same basic steps. The food to be braised (meats, vegetables, mushrooms, etc.) is first pan-seared to brown its surface and enhance its flavor (through the Maillard reaction). If the food will not produce enough liquid of its own, a certain amount of cooking liquid that often includes an acidic element (e.g., tomatoes, beer, balsamic vinegar, wine) is added to the pot, often with stock. A classic braise is done with a relatively whole cut of meat, and the braising liquid will cover two-thirds of the food in the pan. Then, the dish is covered and cooked at a very low simmer, until the meat becomes so tender that it can be “cut” with just the gentlest of pressure from a fork (versus a knife). Often the cooking liquid is finished to create a sauce or gravy, as well.[3][4]

Sometimes foods with high water content (particularly vegetables) can be cooked in their own juices, making the addition of liquid unnecessary.[5]

A successful braise intermingles the flavors of the foods being cooked with those of the cooking liquid. This cooking method dissolves the meat’s collagen into gelatin, which can greatly enrich and thicken the liquid. Braising is economical (as it allows the use of tough and inexpensive cuts), and efficient (as it often enables an entire meal to be prepared in a single pot or pan).

Before you ask, no – you won’t be able to find this one in the United States – this one is full of meat. It’s a pity too – so many varieties that could line store shelves here aren’t allowed. Anyways, let’s have a look!

Detail of the side panels (click to enlarge). Contains beef. To prepare, open lid and take everything out. Add noodle block and powder sachet contents. Add 600ml boiling water and cover for 5 minutes with large retort pouch sitting on lid to heat. Add in the rest of the sachet and retort pouches. Finally, stir and enjoy! 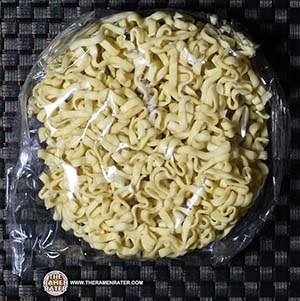 Dry base with vegetables. 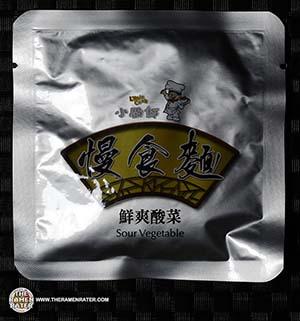 Lots going on in here! 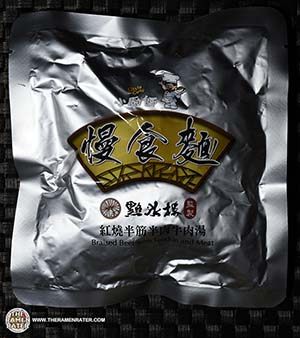 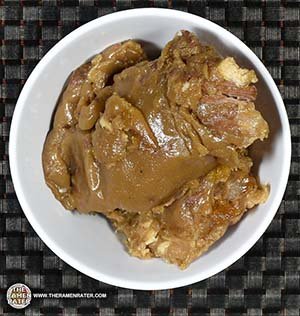 That’s a lot of braised beef and tendon – probably the most meat I’ve ever seen included with an instant noodle. 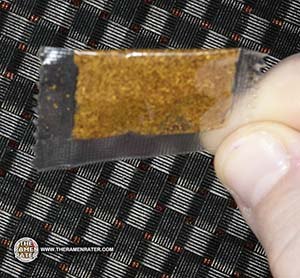 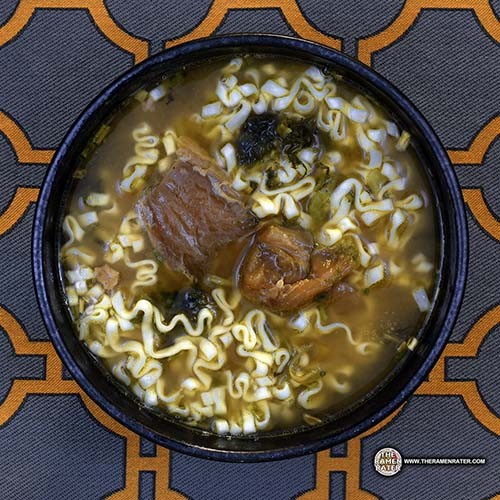 Finished (click to enlarge). Wow. Okay, the noodles are broad and have good backbone. They’re the perfect place to start in this really premium bowl. The broth has a nice beefy kind of taste to it – not extremely thick but just right. The real showstopper is the massive retort pouch full of braised beef and tendon – just about as tender as you can get with a strong flavor. This is the most meat I’ve seen in a retort pouch to date. The little sachet of chilli powder was a nice touch and gave it a nice little kick. The Sour vegetables added a nice texture as well. All in all, I’m extremely impressed, to say the least. 5.0 out of 5.0 stars. EAN bar code 8852098706355.

A video about this premium bowl