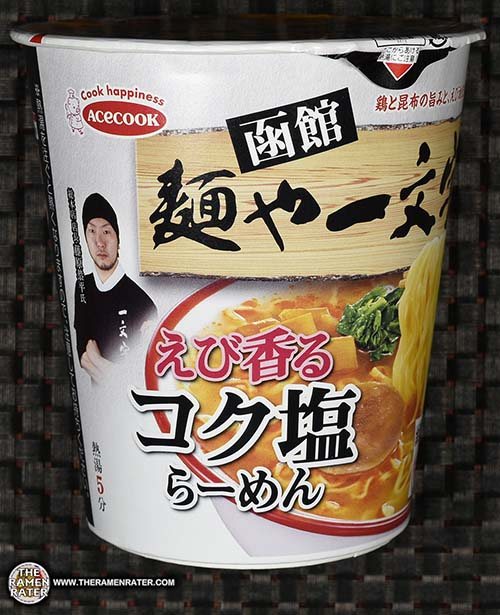 Found this one at Osaka market up in Richmond, BC. We’ve been going on little day trips to Canada a lot lately and it’s a lot of fun! At this market, we go infrequently enough that they have some neat new stuff every time. They’ve got a special section by the hot food area that has special instant noodles. They’re almost all from Japan and usually on the pricy side. I want to thank Ryuuichirou Arai for helping me with the translation. Here’s a little about shio from Wikipedia –

Alright – let’s give this one a try!

Detail of the side panels (click to enlarge). Unsure but probably contains pork, crustaceans, and seafood. To prepare, add boiling water to fill line and cover for 5 minutes. Add in the liquid base. Finally, stir and enjoy! 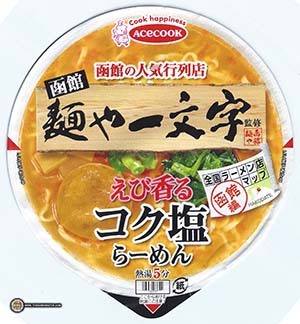 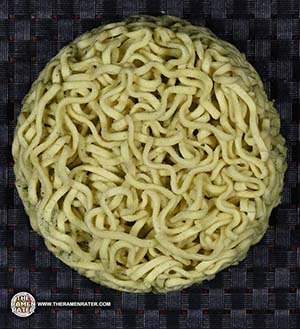 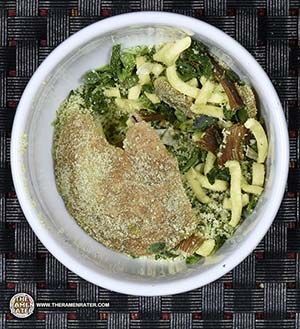 Loose seasoning and garnish from the cup. 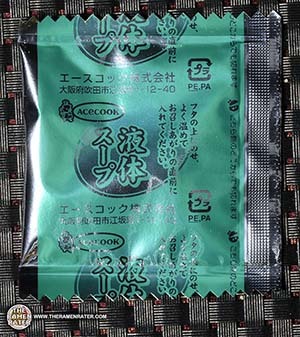 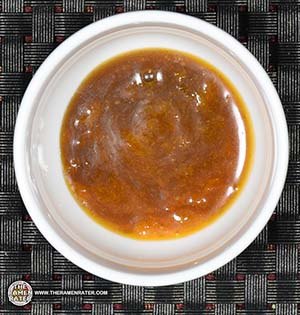 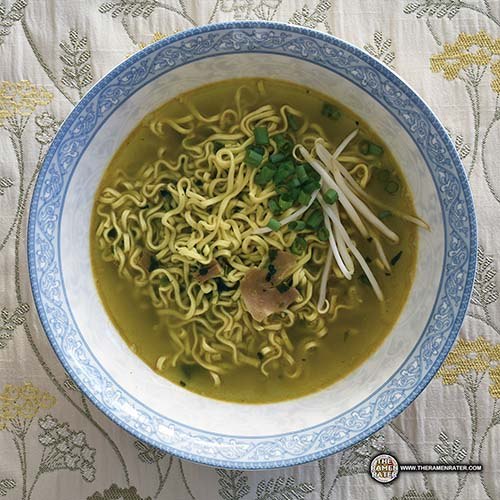 Finished (click to enlarge). Added Salad Comso mung bean sprouts and spring onion. The noodles were pretty good – decent gauge and chew, especially for a cup. The broth was where this fell off. Now, it’s a shio (salt) broth, but damn I’ve never had one that was so salty before. I love shio, but this was just not very good. The microthin chashu seemed completely out of place. 1.0 out of 5,.0 stars. JAN bar code 4901071239190.