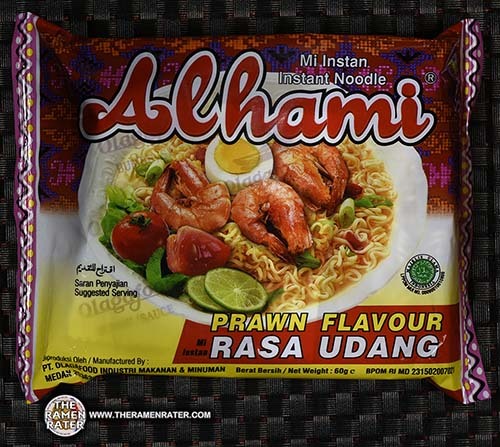 I really like prawns – especially the big ones. Mantis prawns are really big – had those in Malaysia. The river prawns in Thailand are spectacular and prepared right they’re just as succulent as can be. I don’t know much about prawns in Indonesia. Let’s ask Wikipedia –

The Indian prawn (Fenneropenaeus indicus, formerly Penaeus indicus), is one of the major commercial prawn species of the world. It is found in the Indo-West Pacific from eastern and south-eastern Africa, through India, Malaysia and Indonesia to southern China and northern Australia.[3] Adult shrimp grow to a length of about 22 cm (9 in) and live on the seabed to depths of about 90 m (300 ft). The early developmental stages take place in the sea before the larvae move into estuaries. They return to the sea as sub-adults.

The Indian prawn is used for human consumption and is the subject of a sea fishery, particularly in China, India, Indonesia, Vietnam and Thailand. It is also the subject of an aquaculture industry, the main countries involved in this being Saudi Arabia, Vietnam, Iran and India. For this, wild seed is collected or young shrimps are reared in hatcheries and kept in ponds as they grow. The ponds may be either extensive with reliance on natural foods, with rice paddy fields being used in India after the monsoon period, or semi-intensive or intensive, with controlled feeding. Harvesting is by drainage of the pond

Well, that’s not exactly what I was looking for, but it looks like Indian prawns may be what this variety is fashioned after. A lot of the time in my travels, prawns are served shell on. This is really hard for me – I’m not great at peeling them. In time though. The way I figure it, I want to learn everything I can about the way people eat in Asia. I mean, having peeled shrimp and prawns served to you is much easier, but I think that kind of makes it harder for them to be prepared in as many ways. Well, let’s have a look at this one and see what it’s like.

I’m really excited about this series – and the fact that I’m getting some help from a local business. Jonathan over at Waroeng Jajanan. The store and restaurant combo is just an amazing place to check out authentic Indonesian cuisine, and you’ll be seeing a lot of (pretty much all) that I add in the end being from there in this series. Alright – let’s check out this one from Alhami as part of Meet The Manufacturer! 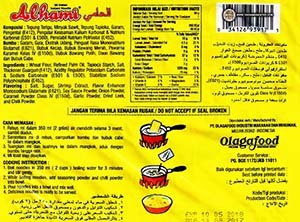 Here’s the back of the package (click to enlarge). Contains shrimp. To prepare, ad d noodle block to 350ml boiling water and cook 3 minutes. Add in sachet contents. finally, stir and enjoy! 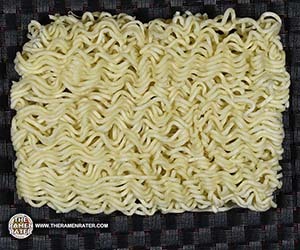 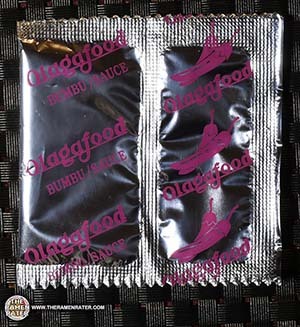 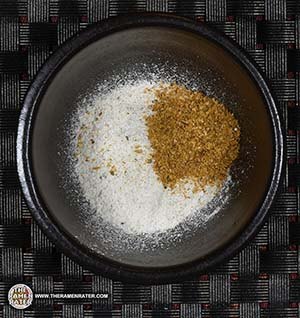 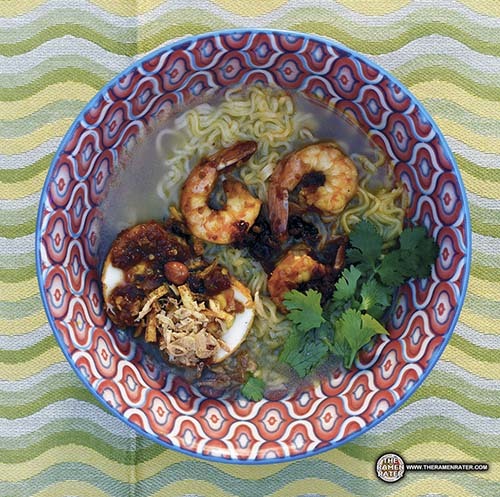 Finished (click to enlarge). Added prawn sauteed in Waroeng Jajanan sambal, baked eggs (Waroeng Jajanan) and coriander. The noodle came out just as the other times – soft with a nice character. The broth didn’t come across as extremely prawn flavor to me which was disappointing. The flavor it did have was tasty – buttery and mild. 2.75 out of 5.0 stars. UPC bar code 034126939173.