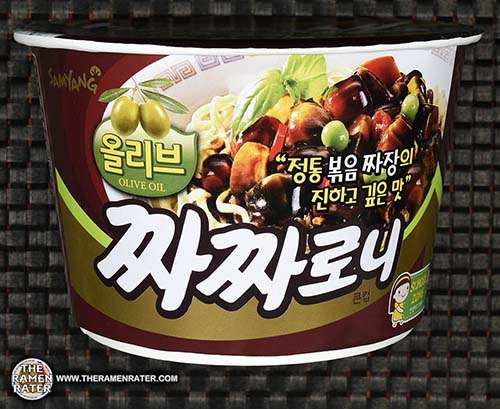 Chacharoni is a play on words. Jjajang kind of sounds like ‘cha cha’ and the roni calls to noodles. There are other plays on words in the South Korean industry when it comes to jjajangmyeon. So basically what you have here is a thick noodle with a black bean sauce – also known as jjajang. Here’s a little about jjajangmyeon from Wikipedia –

Jajangmyeon uses thick, hand-made or machine-pulled noodles made from wheat flour, salt, baking soda, and water.[7] The sauce, jajang, is made with fried chunjang with other ingredients, such as soy sauce (and/or oyster sauce), meat (usually pork, but sometimes beef), seafood (usually squid and/or shrimp), fragrants (scallions, ginger, and garlic) vegetables (usually onions, zucchini or Korean zucchini, cabbage, and), stock, and starch slurry.[7]

Detail of the side panels (click to enlarge). Looks to be meat free but check for yourself. To prepare, add boiling water to fill line and let steep for 4 minutes. Drain. Finally, add in liquid base sachet and stir well – enjoy! 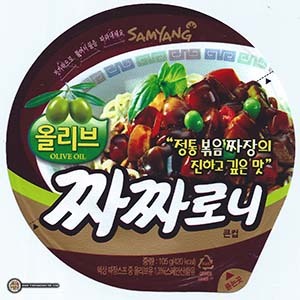 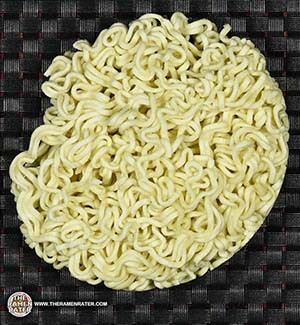 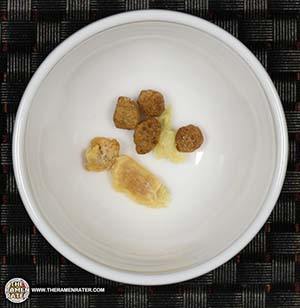 A little bit of the included solid ingredients. 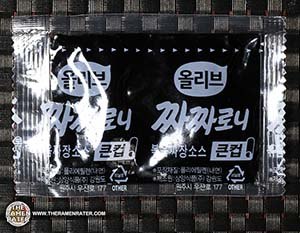 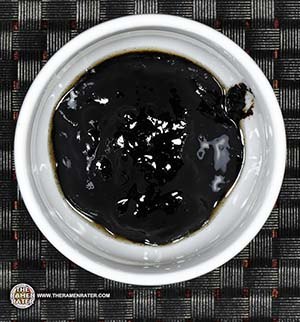 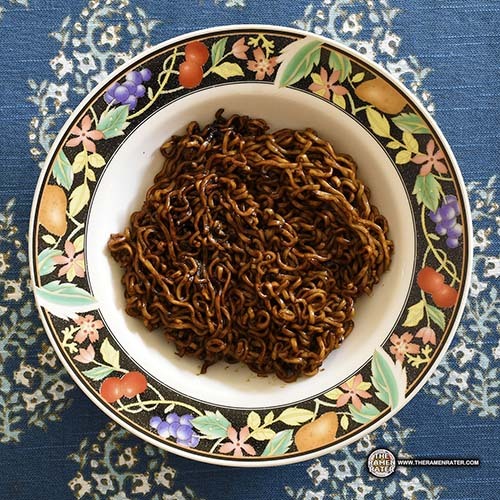 Finished (click to enlarge). The noodles hydrated nicely in the 4 minutes directed. They have a good ramyun gauge and chew. The sauce coats everything well and has a good black bean flavor. Included vegetable and bits of TVP did well too. 3.75 out of 5.0 stars.  EAN bar code 8801073210783.

Such a great classic commercial!