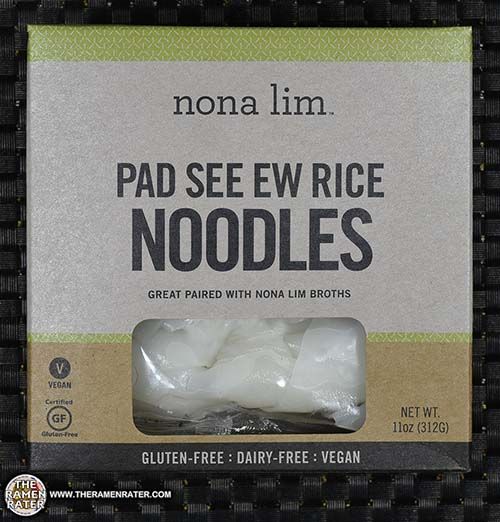 So for this Meet The Manufacturer, things are a little different. Nona Lim makes noodles and broths, so you can mix and match them. First, we’ll start with these Pad See Ew Rice Noodles. Here’s what Wikipedia has to say about Pad See Ew –

The name of the dish translates to “fried (with) soy sauce” and it is very similar to the char kway teow of Singapore and Malaysia. Phat si-io is normally stir fried dry while another similar dish, rat na (in Thai) or lard na (in Laos), is served in a thickened sauce and generally has a lighter taste.[2][3]

Phat si-io is sometimes also called kuaitiao phat si-io, which reflects the general practice of using flat rice noodle as the main ingredient. However, other types of noodles may also be used.

Today, rather than attempting to make Pad See Ew from scratch, I thought I’d pair these noodles with one of their broth varieties – Vietnamese Pho. Let’s take a look at both of these products.

Here’s the back of the box (click to enlarge). To prepare, boil noodle in a pot for 1 minute. Drain. Finally, strain and rinse with cold water and enjoy! 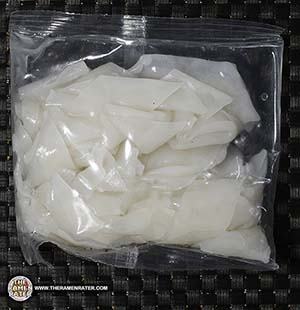 Two of these noodle pouches are in each box. 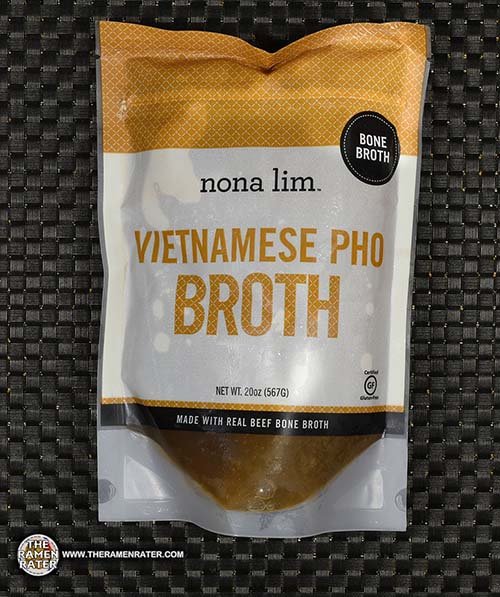 Here is the Vietnamese Pho Brother. This comes in a large bag. 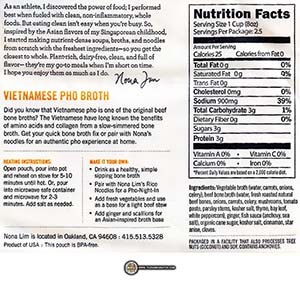 Here’s the back of the broth package (click to enlarge). Broth is made with beef bones. To prepare, add to a pot and heat on a stove. Finally, enjoy straight or with a Nona Lim noodle! 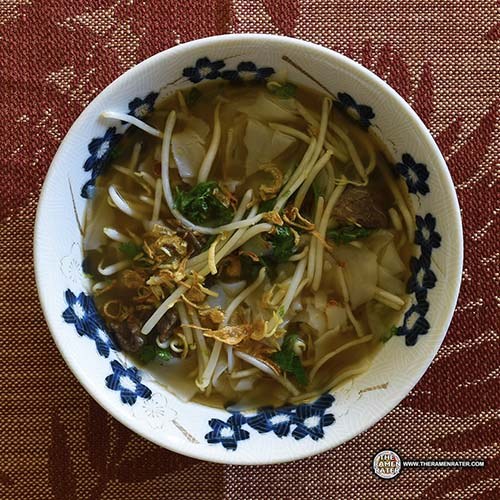 Finished (click to enlarge). Added coriander, Salad Cosmo mung bean sprouts, beef and fried onion. The noodles are very thin and broad. They are delicate but at the same time have a decent texture to them. The broth is probably the best pho I’ve had that I’ve not gotten at a restaurant. Since these are two separate products, I give the noodle 4.25 out of 5.0 stars and the broth 5.0 out of 5.0 stars.  UPC bar code for noodles 859792002316. Bar code for broth 859792002286.

An interview with Nona Lim about her company