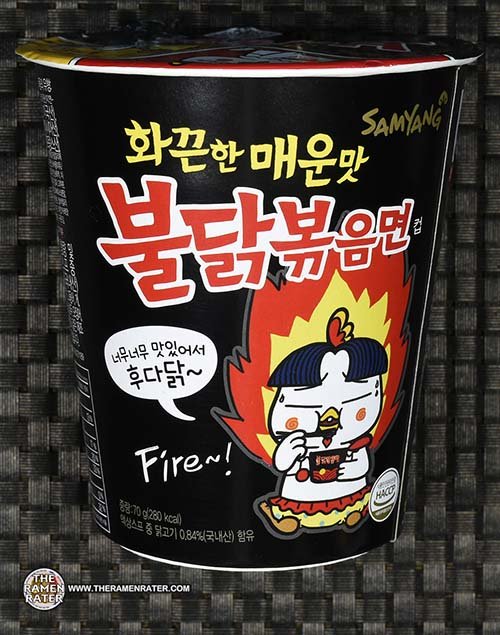 Recently, I did a Definitive Guide To Samyang Foods Buldak Bokkeummyun series. However, the cup was just mentioned and not one that I have tried. Indeed, there are two I’ve not reviewed of the series – the curry version and the 2x spicy bowl (although I scarf one down in the video).

I should mention that this one was sent by Colin from Massachusetts (thanks again) and since I got it, I’ve been wondering how big the sachet of spicy sauce is. I mean, hey – if it’s the same size as the one in the pack or bowl versions, the sauce to noodle ratio would be much greater and perhaps be spicier. However, it’ll take cracking this cup open to find out. I’m also wondering – what is the SHU on this one? The bowl and pack versions are 4,404 SHU. However, I interviewed SamyangFoods about the differences – here’s what they had to say:

TRR> Other than the container, is there a difference between the pack version and the bowl versions?

SAMYANG FOODS> There is little differences in ingredients because we tried best to minimize those differences. However, you can notice small differences because of cooking method. In a case of bowl type, Stir time is skipped so it’s more spicy than pack version. Actually, noodles release starch during stir time so, spicy taste is relatively relived

I’m curious how the cup is going to be. Best way to find out is to give it a try, so here we go!

Detail of the side panels (click to enlarge). Looks to be meat free but check for yourself. To prepare, open lid halfway and remove sachets. Add boiling water to fill line and let steep for 3 minutes. Drain using spouts on lid. Add in sachet contents. Finally, stir and enjoy! 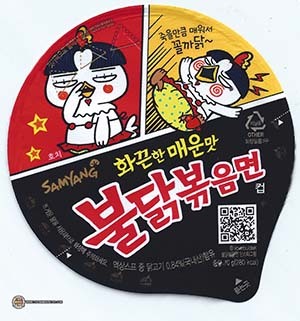 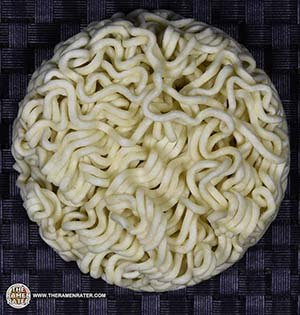 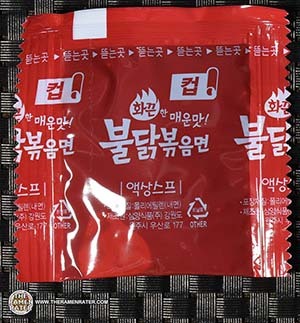 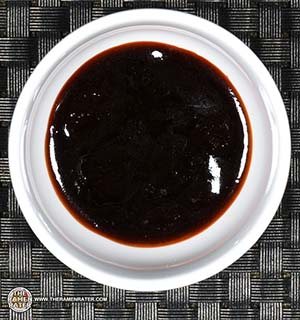 Definitely less of the fiery liquid sauce than the pack or bowl versions. 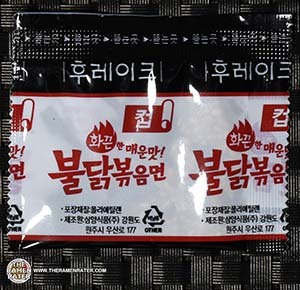 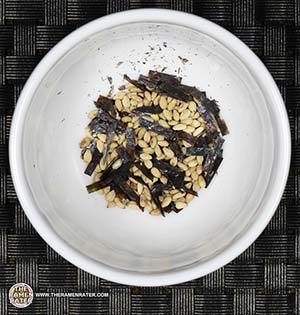 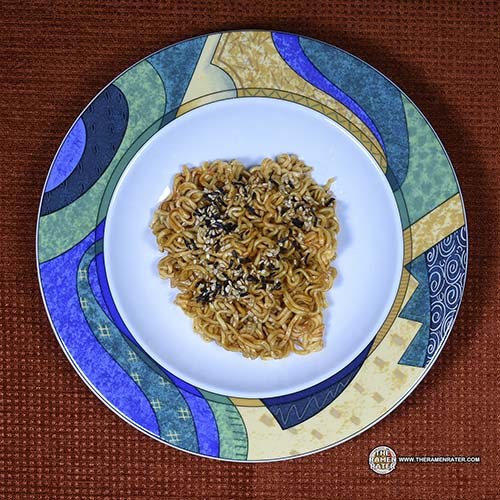 Finished (click to enlarge). Okay this little cup packs a serious punch! The noodles are thick ramyun. Indeed, chewier and thicker than your average instant. The flavor is strong – a sweetness and a irrepressible fire at the same time. Finally, the garnish of seaweed and sesame seeds round out the dish nicely. Not for the faint of heart! 3,75 out of 5.0 stars. EAN bar code 8801073210776.