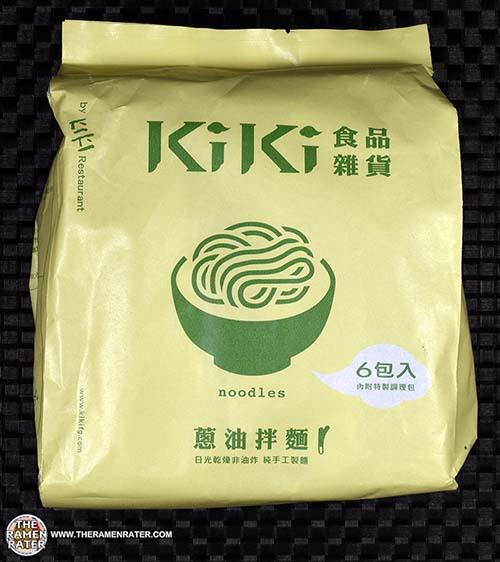 Today we have the second of the Kiki Noodles products – the scallion oil and soy sauce. Definitely a lighter and more mild taste than a Sichuan peppercorn. These noodles come from Tainan in the south of Taiwan. Here’s some background on the city from Wikipedia –

Tainan, officially Tainan City is a special municipality of Taiwan, facing the Taiwan Strait in the west and south. Tainan is the oldest city on the island of Taiwan and also commonly known as the “Capital City” (府城; Fǔchéng; Hú-siâⁿ) for its over 200 years of history as the capital of Taiwan under Koxinga and later Qing dynasty rule. Tainan’s complex history of comebacks, redefinitions and renewals inspired its popular nickname “the Phoenix City”.

Tainan was initially established by the Dutch East India Company as a ruling and trading base called Fort Zeelandia during the period of Dutch rule on Taiwan. After Dutch colonists were defeated by Koxinga in 1661, Tainan remained as the capital of the Tungning Kingdom until 1683 and afterwards the capital of Taiwan Prefecture under Qing Dynasty rule until 1887, when the new provincial capital was moved to Taipei. Tainan has been historically regarded as one of the oldest cities in Taiwan, and its former name, Tayouan, has been claimed to be the origin of the name “Taiwan”. It is also one of Taiwan’s cultural capitals, for its rich folk cultures including the famous local snack food, extensively preserved Taoist rites and other living local traditions covering everything from child birth to funerals. The city houses the first Confucian school–temple, built in 1665,[9] the remains of the Eastern and Southern gates of the old city, and countless other historical monuments. Tainan claims more Buddhist and Taoist temples than any other city in Taiwan.

I can say from experience that Tainan is a really fascinating and amazing place. Indeed, if you visit Taiwan, you really must visit Tainan. Let’s give this second variety by Kiki Noodles a try!

Detail of the side panels (click to enlarge). Looks to be meat free but check for yourself. To prepare, boil noodles in a pot for 3~5 minutes. Stir to loosen. Drain. Add to bowl and add sachet contents. Finally, stir and enjoy! 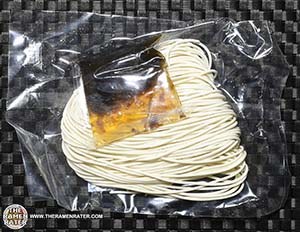 One of the six servings in the large bag. 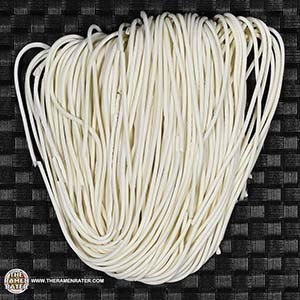 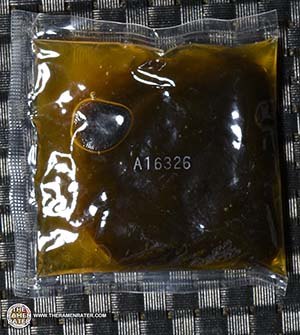 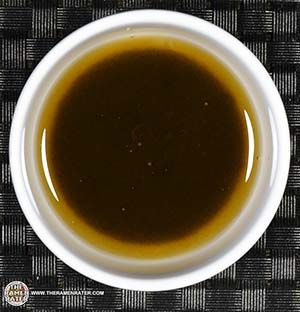 Has a nice scallion scent. 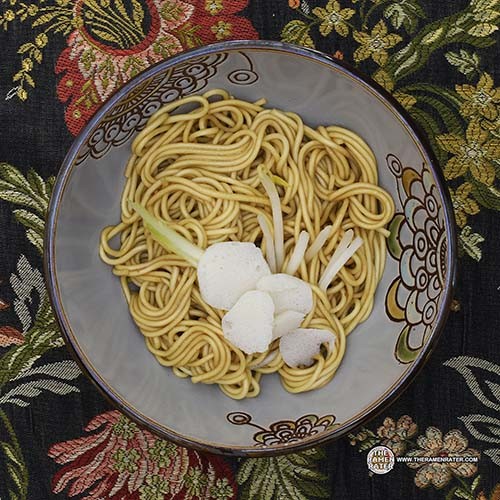 Finished (click to enlarge). Added Salad Cosmo mung bean sprouts, sliced fishball and spring onion. The noodles are round in gauge and chewy in nature. The flavor is extremely good – definitely soy and scallion here. What I like is that it’s got a nice sweetness along with it. It seems so basic but it’s so tasty! 5.0 out of 5.0 stars. No barcode provided.

A visit to Tainan, where these noodles come from.