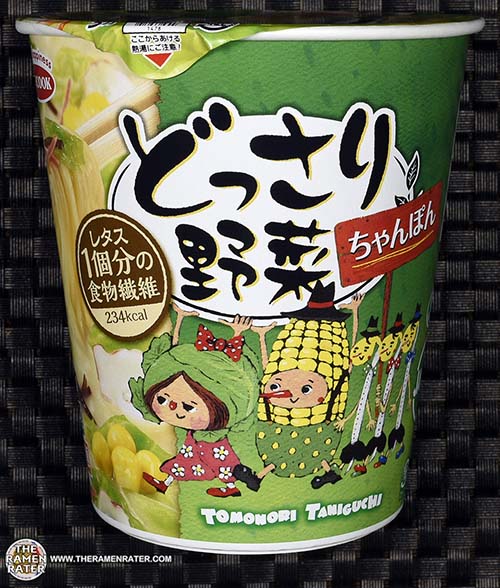 Here’s a new one – sent by Javier at Box From Japan! Thankj you! So Box From Japan is a subscription service. Indeed, you can lay out a few bucks every month and get a box with four really decent instant ramen from Japan to your door – definitely one to check out if you’re into Japanese food and culture

Now, chanpon. So, what is it? Let’s ask Wikipedia –

Champon (ちゃんぽん Chanpon?), also known as Chanpon, is a noodle dish that is a regional cuisine of Nagasaki. There are different versions in Japan, Korea and China. The dish is, inspired from the cuisine of China. Champon is made by frying pork, seafood and vegetables with lard; a soup made with chicken and pig bones is then added. Ramen noodles made especially for champon are added and then boiled. Unlike other ramen dishes, you only need one pan as the noodles boil in the soup. Depending on the season and the situation, the ingredients differ. Hence the taste and style may depend on the location and time of year.[citation needed]

Although Nagasaki Champon is the most well-known rendition, there are other variations found in Japan. Ankake no Champon is a soy-sauce variant from Tottori, Shimane Prefectures, as well as the city of Amagasaki in Hyōgo Prefecture. In the city of Akita, a version with miso broth is served, with the soup filling to the bowl almost to the point of overflowing.

The Korean Jjamppong is a similar noodle dish with a spicy seafood broth.

Alrighty – let’s cook it up and give it a try!

Detail of the side panels (click to enlarge). Contains fish and crustacea. To prepare, add boiling water to fill line and cover for 3 minutes. Finally, stir and enjoy! 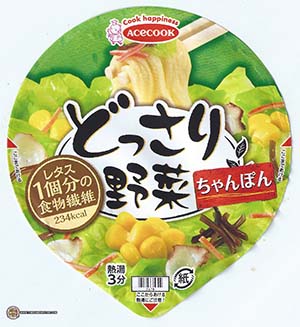 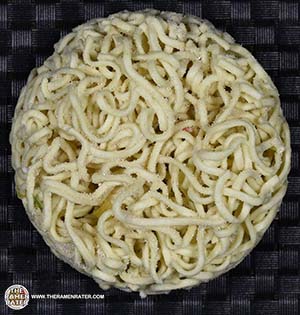 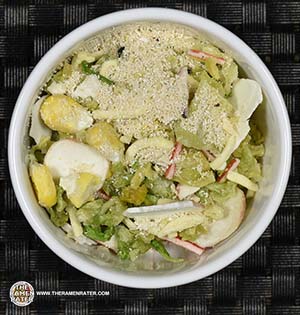 Lots of loose bits from the cup. 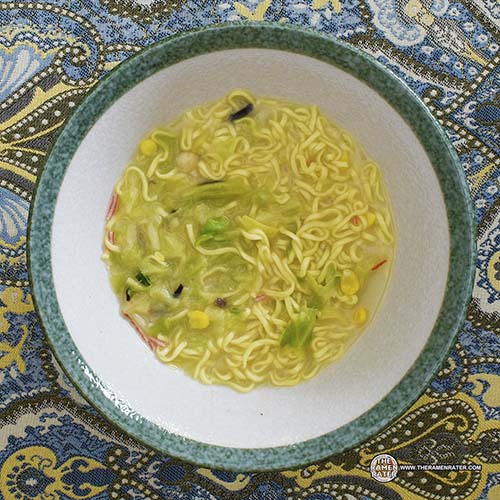 Finished (click to enlarge). The noodles came out well. They have a good gauge and expected chew. The broth is milky with a nice richness to it. Indeed this one is more of a vegetable chanpon with lots of cabbage and I think I’m getting a little kikurage in there. Nicely done. 4.25 out of 5.0 stars.  JAN bar code 4901071226695. 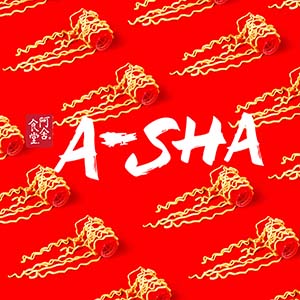