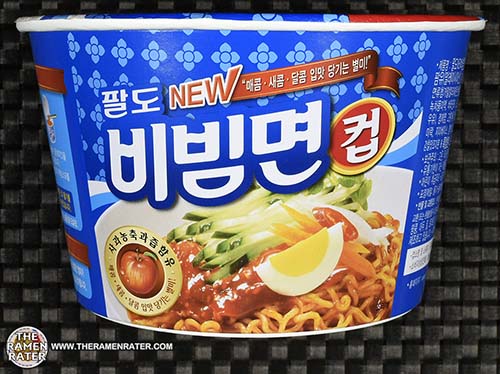 I wanted to take a second to talk about the events that have happened concerning the Presidential election here in the United States. I’ve got to say, I wasn’t expecting the outcome we’ve seen here. I live in Washington state – a very Liberal state – where Bernie Sanders won over 80% of the votes for the primary. Personally, I think we’d have a different President today if the DNC hadn’t played politics and made it impossible for him to win. Our delegates here all went for Clinton – even though the people voted otherwise. I decided not to vote for either Clinton or Trump as I didn’t like either of them. My friend Raffael over at Happy Souper in Germany has posted a review – and he mentioned people there are kind of freaked out about our new President. I guess we’ll see what happens. I’ll keep reviewing noodles. I did this video a long time ago – wish he would’ve gotten the nomination.

Today I’ll be trying something new sent to me by Yongmin Park of Paldo – thank you very much! I’ve been really wanting to review the bowl version of Bibim Men for a long time and finally I got one! It’s funny; I’m sure this is as easy to get as anything in South Korea – like going to the convenience store here and getting a Pepsi… But this variety had eluded me for a long time. No longer! Let’s give it a try!

Detail of the side panels (click to enlarge). Looks to be meat free but check for yourself. To prepare, add boiling water to fill line and let steep for 3 minutes. Use a chopstick and poke holes in the designated spots on the lid (there are three of them) and use them as a drain spout. Add in liquid sachet contents. Stir and enjoy! 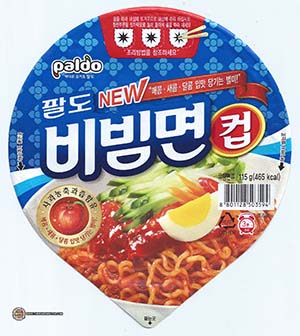 Detail of the lid (click to enlarge). Note the three marks on top to create the drain. 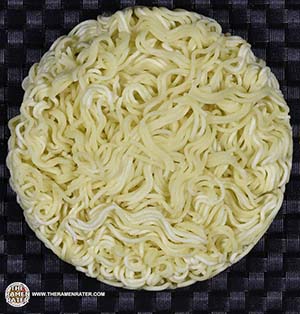 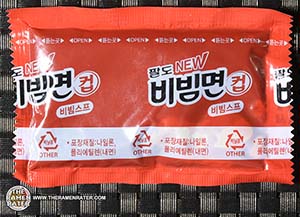 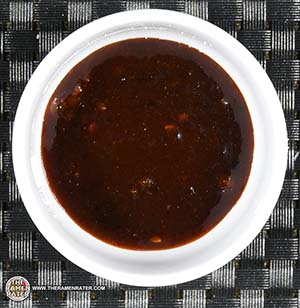 Has a sweet and spicy scent. 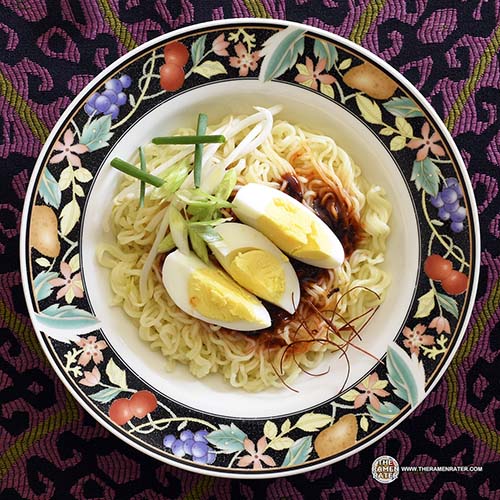 Finished (click to enlarge). Added hard boiled egg, spring onion, Salad Cosmo mung bean sprouts and red pepper strands. This is such a nice match; you have the cold noodle which has a good denseness to it – kind of like the cold causes the noodle to contract a little. Then, you have a spicy sweet sauce which meets with the noodle and is just devourable. I really love this one – seriously good and simple; noodles and sauce. 4.5 out of 5.0 stars. EAN bar code 8801128503594.