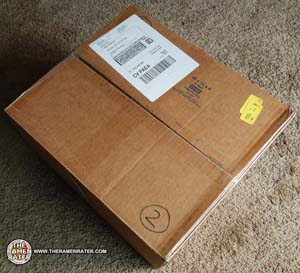 I found out recently that there was a new Nissin Foods USA product or two that was new and asked for some samples – and they arrived today! 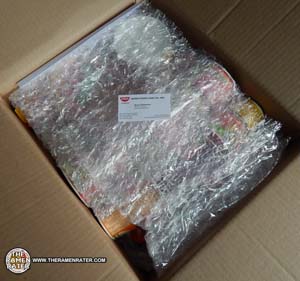 Hmmm what’s under the wraps? 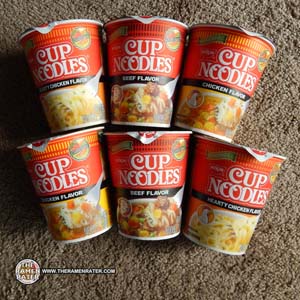 So here’s what the new Nissin Cup Noodles look like! 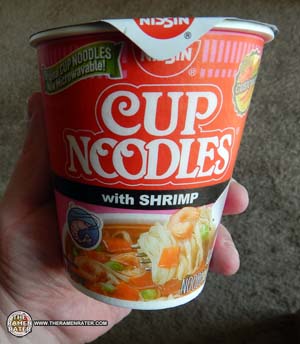 They come in Chicken, Hearty chicken, Beef and Shrimp flavors. As you might first notice, there’s no cardboard outer packaging like they used to have. The container is made of a material that is made with the environment in mind (less plastic and paper wrap waste with 20% reduction in carbon emissions than the old packaging). It’s also microwavable (yeah, you weren’t supposed to microwave the old ones!). What’s also nice is there’s room in them to customize your noodles. For example, you could open the lid, drop in some broccoli, a little milk and some cooked chicken, add the water in and microwave it to make a creamy chicken kind of thing. They’re having a big content on their facebook page – check em out here. 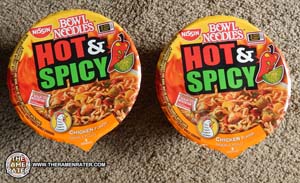 These are Nissin’s Hot & Spicy Chicken bowls – with less sodium! 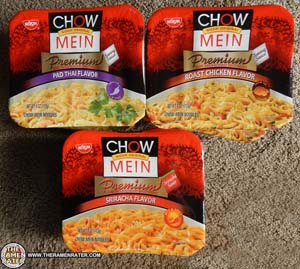 Here are some new varieties of Nissin Chow Mein trays I’ve not reviewed yet! Pad Thai, Roast Chicken and Sriracha! 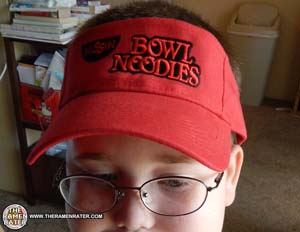 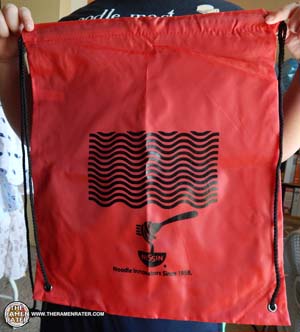 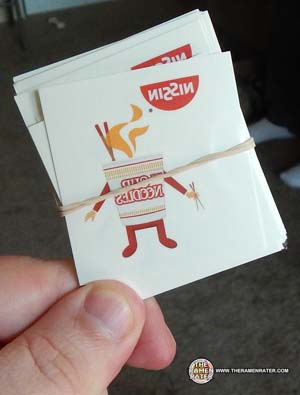 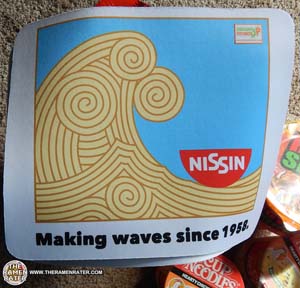 A couple of mousepads! I have been using one they sent a long time ago and noticed that it was really foul and dirty last night when I spilled a little gochujang on it… But here’s a new one! 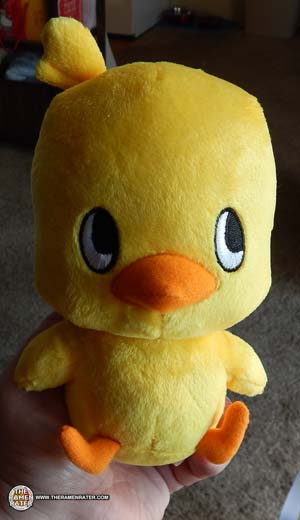 Anyone know who this guy is? 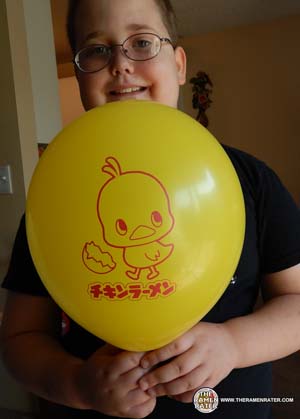 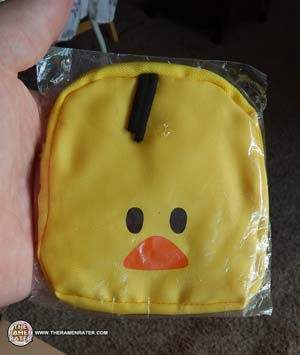 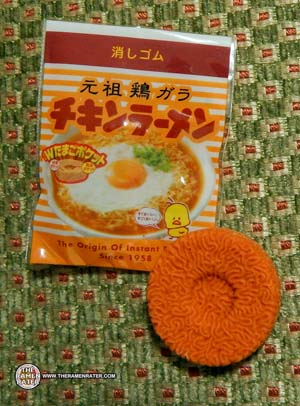 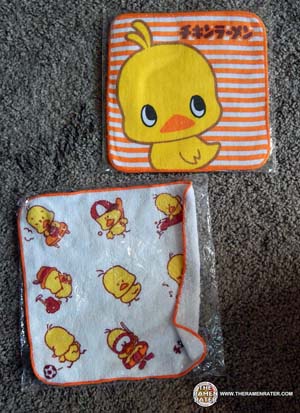 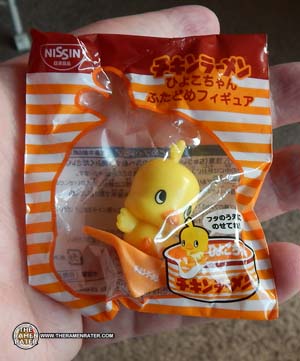 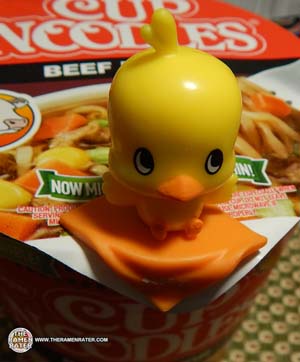 Hiyoko-chan can hold your Cup Noodles lid shut! Thanks to Brent, Linda and every one else at Nissin Foods USA for sending this great box along! Also want to say congratulations to Scott on the arrival of his daughter!