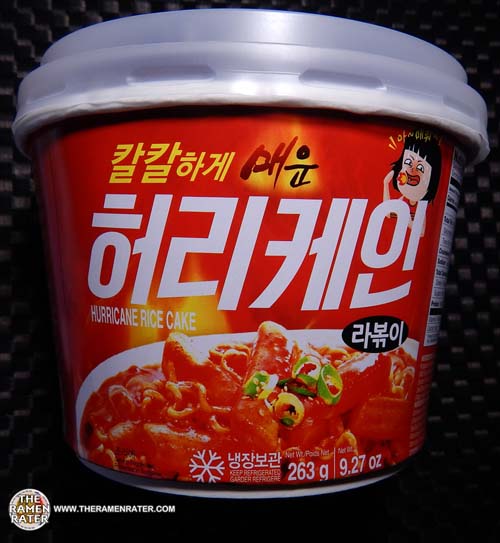 Topokki time! Okay so you’re probably thinking ‘what? Yesterday he reviewed rice porrige and now it’s rice cake?!’ Well, this one has topokki (Korean rice cake) as well as noodles in it. One thing to note as well – see where it says to keep it refrigerated? I saw pallets of these where I got it that weren’t. To be honest, I think putting that on certain instant products that have these kind of fresh noodle packs inside is a way to give the illusory guise of something less shelf stable, making one think it’s higher quality. Honestly though, that kind of thing doesn’t really phase me. So! What is topokki? Wikipedia for ya –

Tteokbokki (떡볶이; also known as teokbokki, ddeokbokki, topokki, and dukboki)[1][2] is a popular Korean snack food made from soft rice cake, fish cake and sweet red chili sauce.[3] It is commonly purchased from street vendors or pojangmacha. Originally it was called tteok jjim (떡찜) and was a savory braised dish of sliced rice cake, meat, eggs, and seasoning.

Following the Korean War, a new type of tteokbokki became very popular. While the older version was a savory dish, this latter type was much spicier, and quickly became more popular than the older traditional dish. In addition to traditional ingredients, this tteokbokki used gochujang, a fermented, spicy paste made from chilli peppers, along with fish cakes. Other ingredients added to tteokbokki include boiled eggs, pan-fried mandu (Korean dumplings), sausages, ramyeon (which then becomes rabokki/labokki 라볶이), a variety of fried vegetables, and cheese. These days, many kinds of tteokbokki are popular such as seafood tteokbokki(해물 떡볶이) or rice tteokbokki(쌀떡볶이). Flour tteokbokki was popular in early days, but rice tteokbokki is more popular these days. Sindang-dong in Seoul, where tteokbokki was first sold, is still very famous for the dish and treated as the mekkah or the center of tteokbokki. Since tteokbokki has become one of the most popular dishes, one will easily find a place to enjoy eating tteokbokki in Korea.

So topokki is a chewy, savory and spicy conglomeration of pure love and joy. It’s one of my absolute favorite South Korean foods. Recently, my wife and I discovered Chi Mc food – it’s kind of what you’d consider Korean bar food. The place we found has cream cheese topokki which is quite possibly the finest food ever to pass into my being. The fried chicken’s amazing too. I’ll stop drooling now – on with the Hurricane!

Here’s detail from the side panels (click image to enlarge). Contains fish. To prepare, empty everything out into the big cup. Add hot water to the fill line and stir. Cover very loosely and microwave for 3.5 minutes. Stir and enjoy! NOTE – usually since microwave times are for 600w microwaves and I have an 100w, I tried it at power level 6 and it didn’t work. I recommend 1000w at the 3.5 minutes and slightly longer for lower wattage ovens. 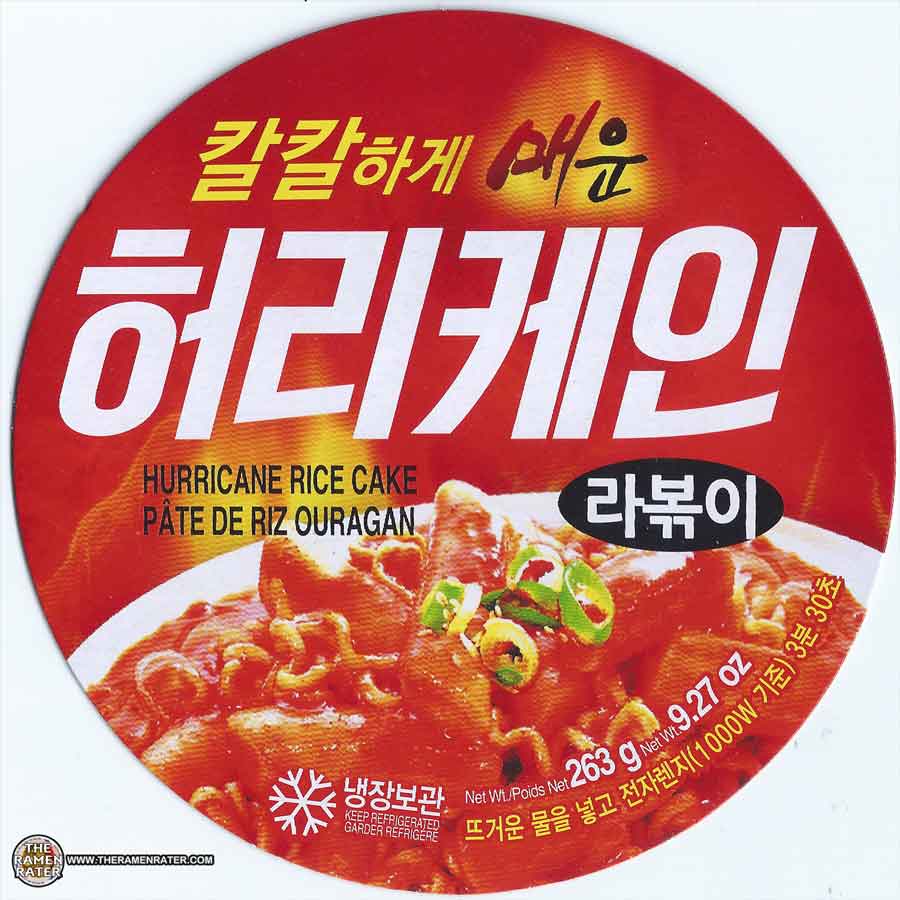 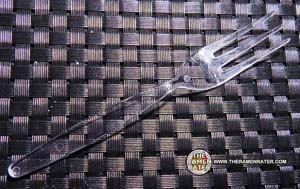 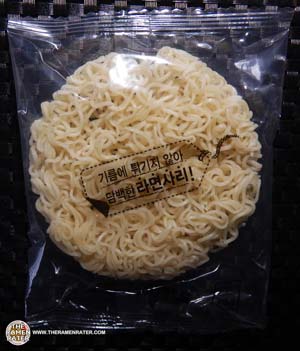 The topokki pouch – there’s a sachet of silica gel/dessicant inside – DO NOT EAT IT unless you want your meal to become TRAGIC. 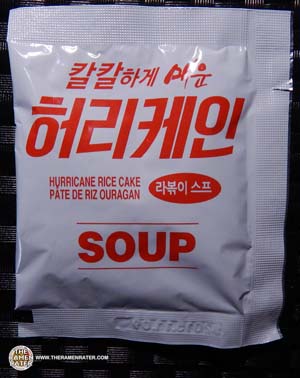 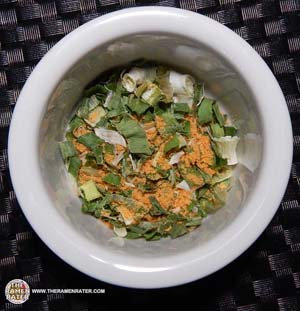 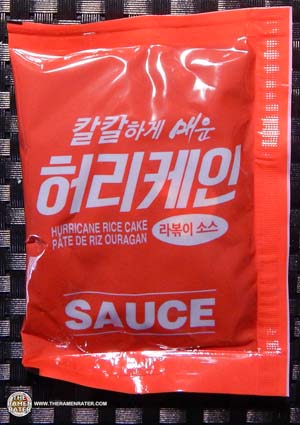 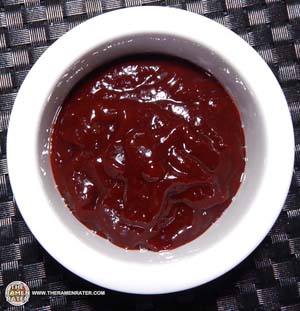 Has a spicy sweet and spicy scent. 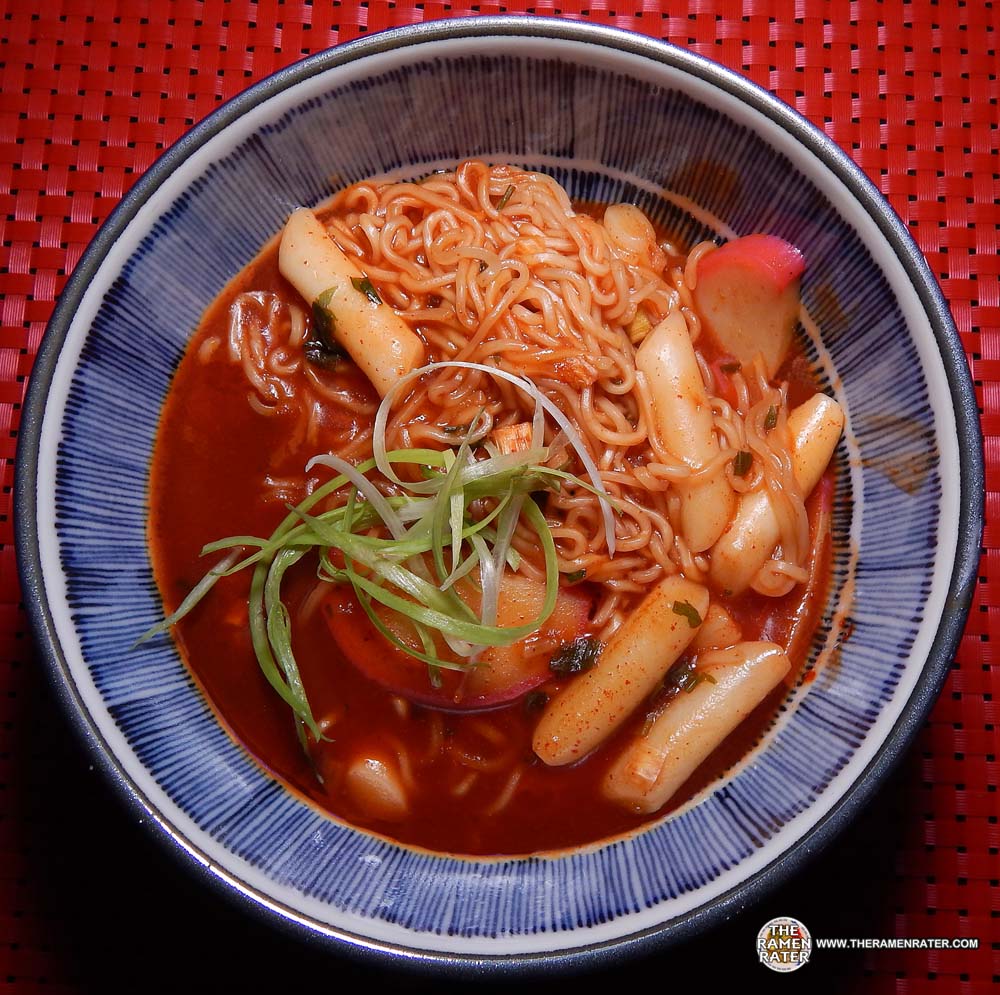 Finished (click image to enlarge). Added spring onion and kamaboko. The noodles came out quite nicely – a good texture. The topokki came out a little on the rubbery side; it really needed more time in the old microwave. I ran mine at 50% power thinking that a full 1100w would kill it, but I think that 1100w would probably be perfect. The taste is spot on – fiery topokki! It’s kind of like Chef Boyardee met the grim reaper – sweet and savory meets fiery heat. This is kind of like a sauce I would liken to adult Spaghetti-O sauce – delightfully good. The vegetables hydrated very nicely. This is a bowl to covet. 5.0 out of 5.0 stars. UPC bar code 788821003805.

I tell you what – this is amazing stuff. You could make one seriously bad ass lasagna ala Korea with it – like an inferno of deliciousness. ChoripDong Tokpokki (Spicy Rice Cake) Cooking Sauce

This is a perfect recipe for topokki – trust me on this you need to try it if you haven’t.