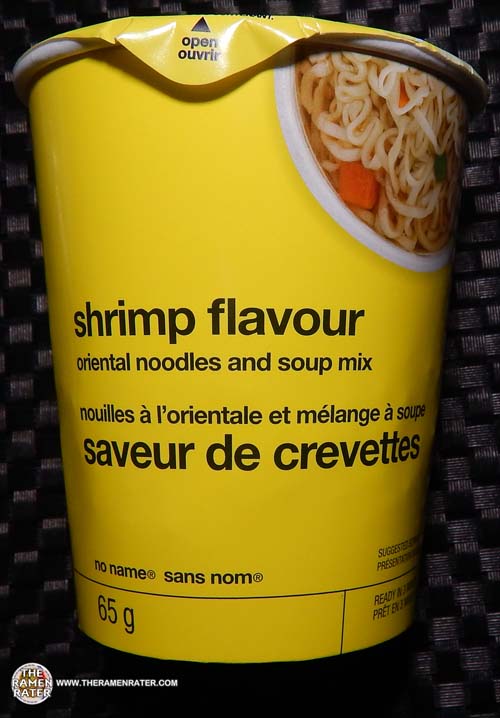 Back in the day, there used to be a brand that was literally generic; they would have products with a white background and a very stark blocky black text. A can of dog food would simply say dog food. I think they’re long gone, but this is kind of the next best thing to it. No Name is a line by Canadian company Loblaw’s, a grocery store chain. Let’s give No Name a look!

Detail of the side panels (click image to enlarge). Contains shrimp. To prepare, add in sachet and fill to line with boiling water. Steep for 3 minutes, stir, and enjoy! 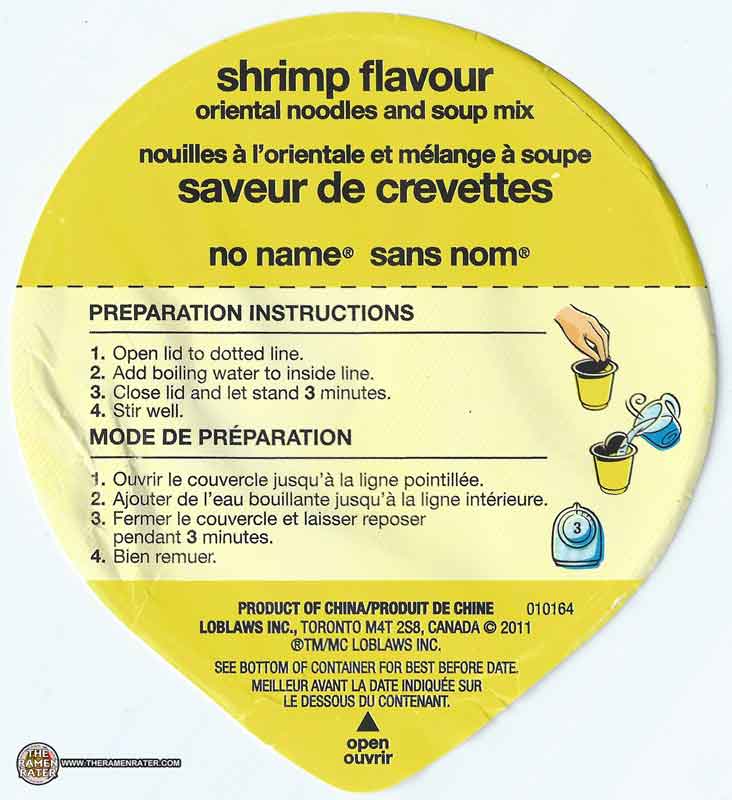 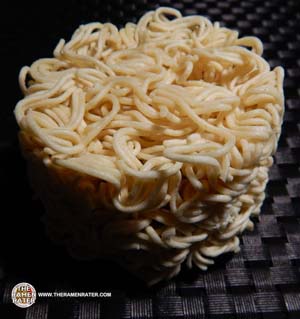 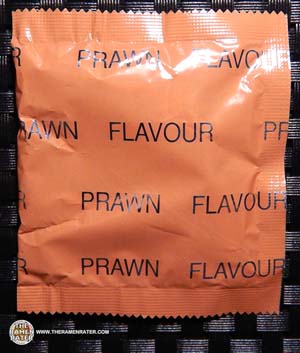 The soup base sachet. Notice that it says prawns flavor instead of shrimp flavor as printed on the outside. 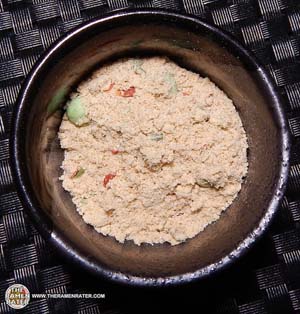 Has a shrimp scent to it. 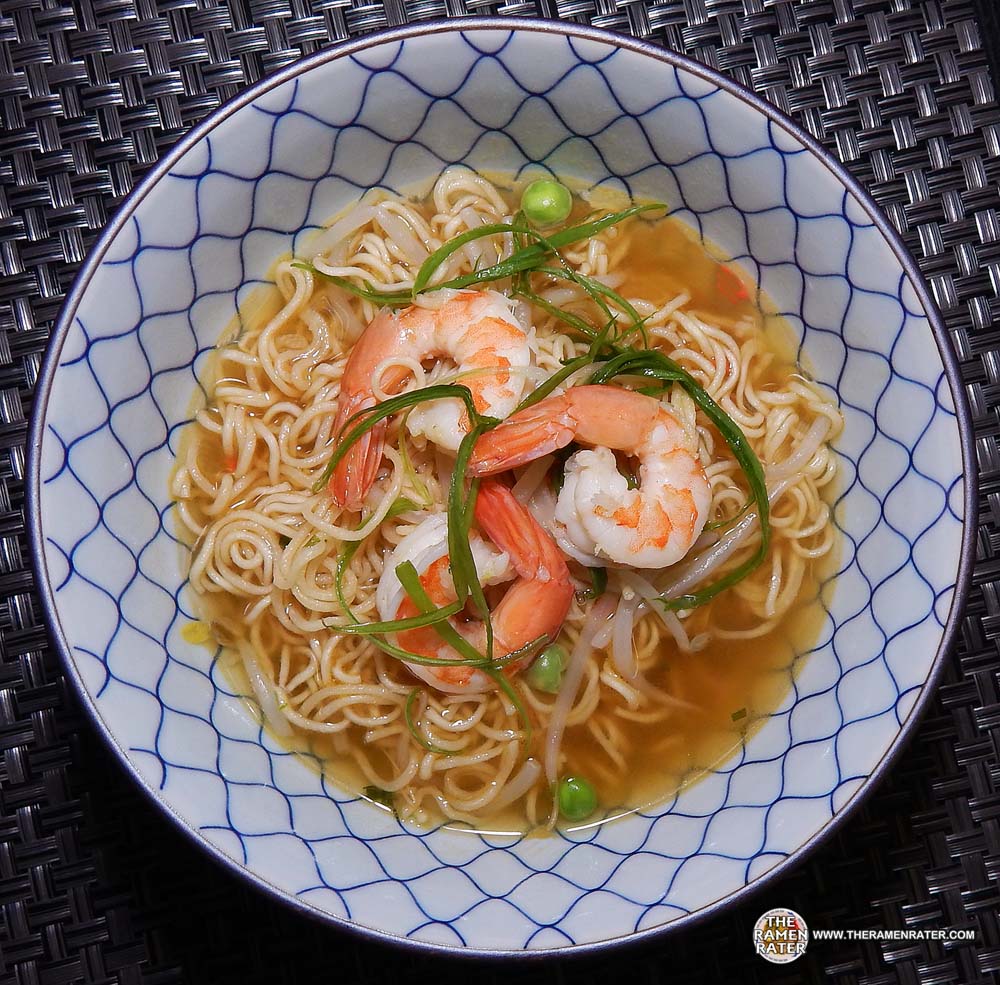 Finished (click image to enlarge). Added shrimp, mung bean sprouts and spring onion. The noodles had a kind of funk to them; kind of soggy with a filmy feel. The broth wasn’t bad – on the bland side but I’ve had much worse. It had a nice little sweetness to it I liked. The peas which were pretty common hydrated well. 2.75 out of 5.0 stars. UPC bar code 060383049812.