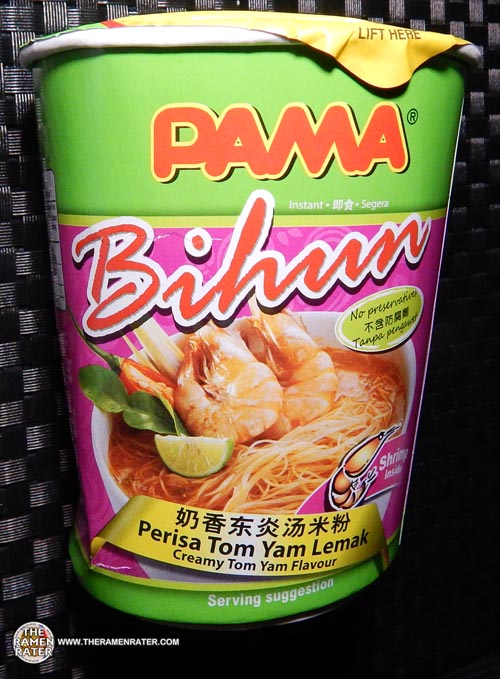 Bihun (or beehoon) is basically rice vermicelli. Pama is a brand by President Rice Products of Thailnd and looks to be for sale in Malaysia. Make sense? Okay now on to the flavor: tom yam. Tom yam (or tom yum) is a very standard Thai variety – spicy, lemon/citrus, spicy, and usually shrimp. I was told that the creamy isn’t from dairy but from the boiling of shrimp! Let’s check it out! 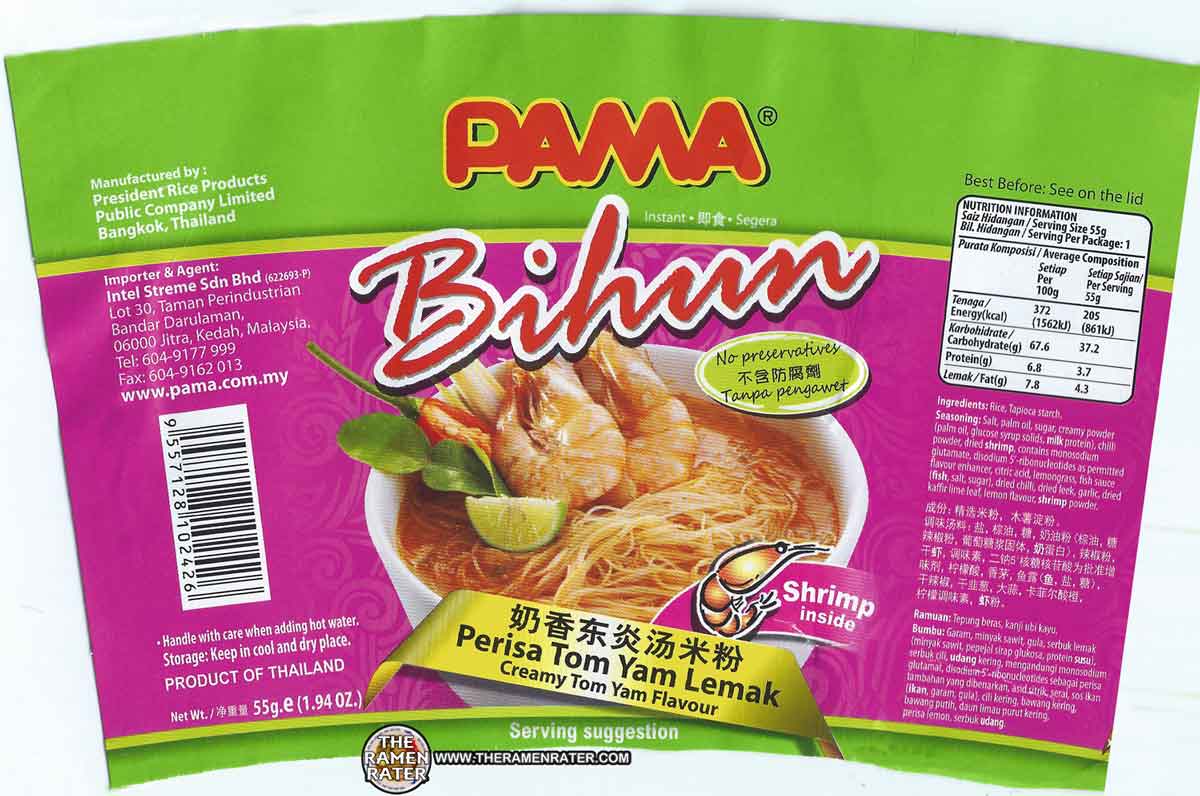 Detail of the side panels (click image to enlarge). Contains shrimp. 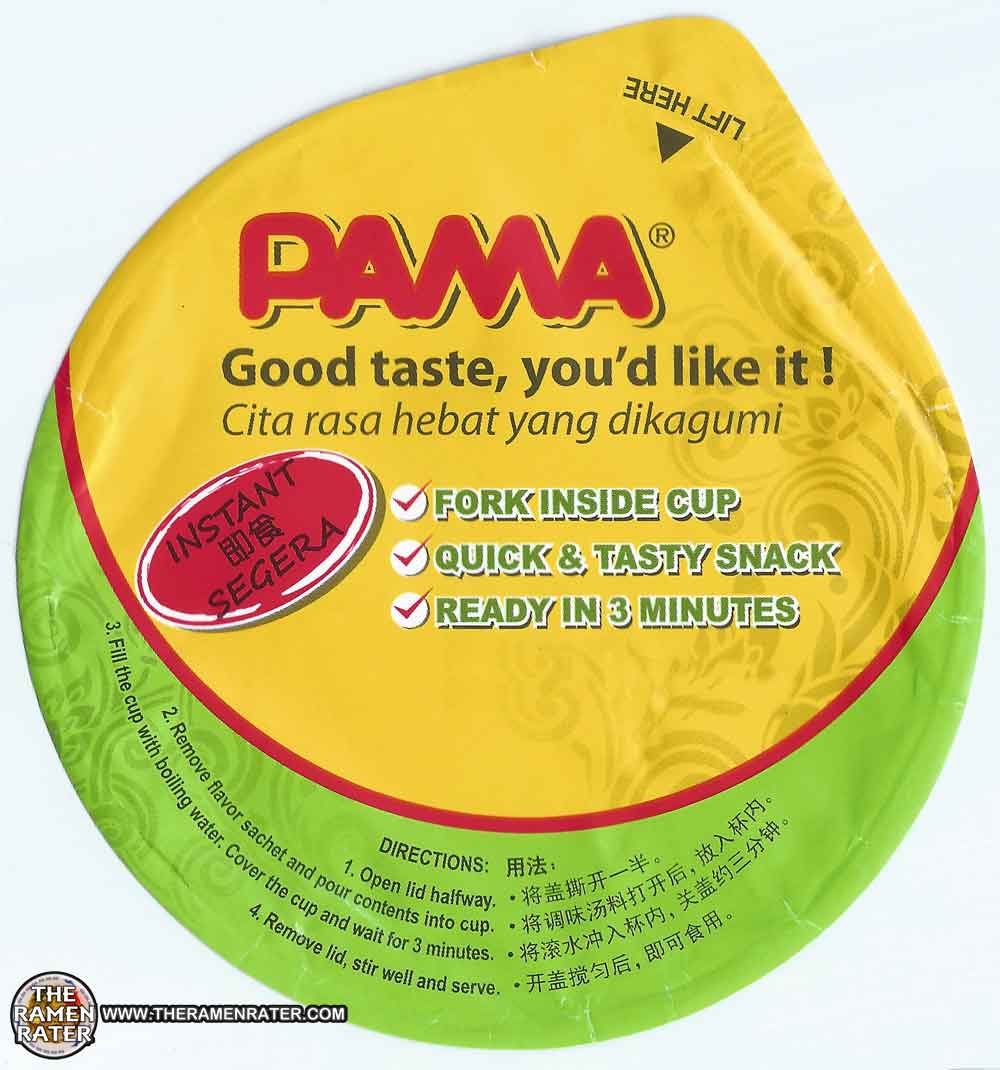 Detail of the lid (click image to enlarge). To prepare, open lid and take out sachets and fork. Add in contents of sachets and boiling water to fill line. Steep 3 minutes, stir, and enjoy! 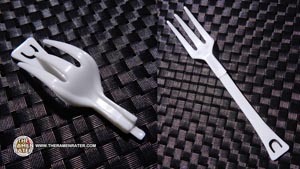 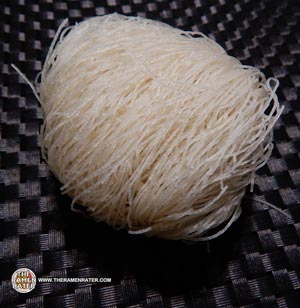 The bundle of bihun. 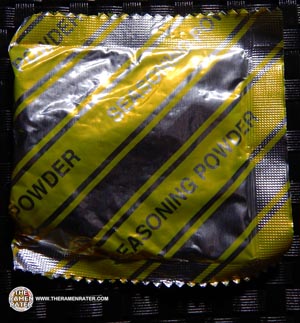 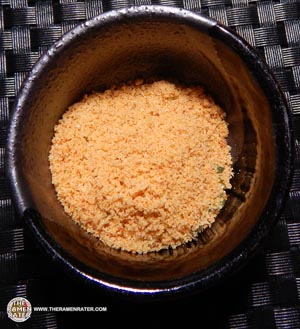 Has a lemony scent – made me sneeze when I poured it into the cup! 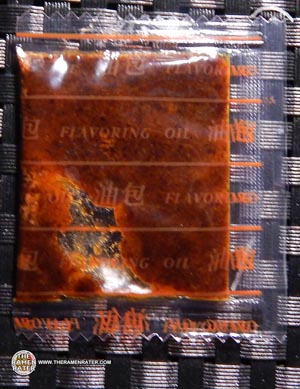 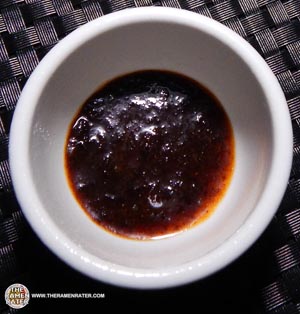 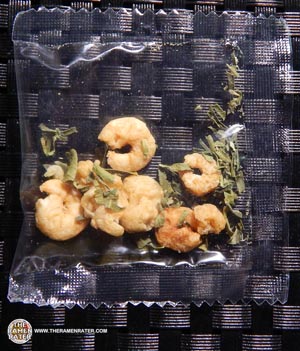 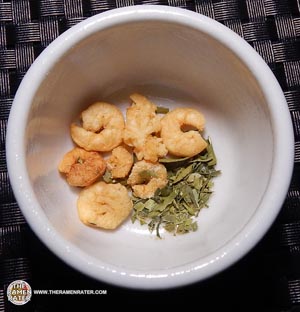 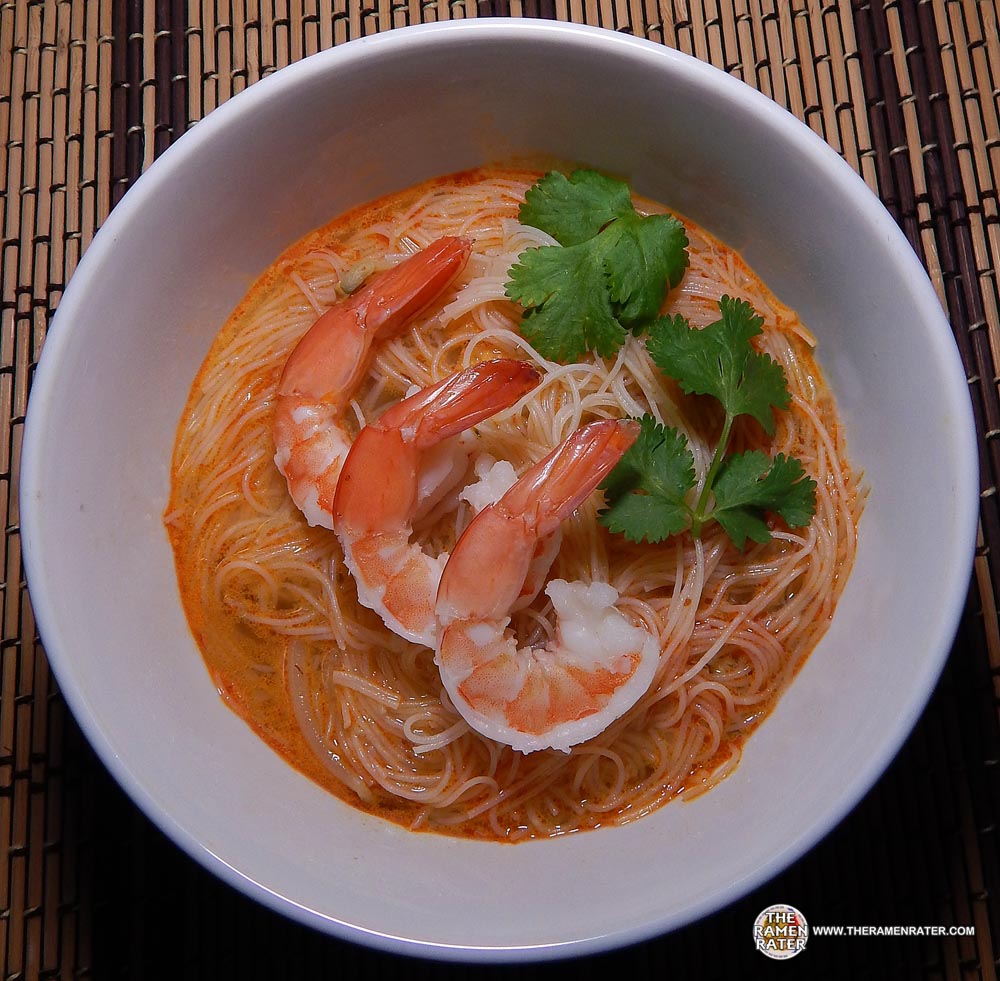 Finished (click image to enlarge). Added shrimp, mung bean sprouts and coriander. The bihun is very standard – thin and wispy. I recommend if you have a pair of kitchen scissors cutting the noodles twice once they’re done – makes it easier to eat them. The broth is excellent – nice heat, lemongrass and shrimp components. The included shrimp hydrated nicely. A nice little cup! 3.75 out of 5.0 stars. EAN bar code 9557128102426.

Betty Saw’s Best Noodle Recipe (from Amazon) – Betty Saw’s Best Noodle Recipes is a collection of 60 noodle recipes found in Malaysia and the region. From fresh yellow noodles and broad noodles to dried egg noodles and rice vermicelli, the recipes featured in this cookbook include elaborate dishes such as Nyonya Curry Laksa, Lor Mee and Mee Rebus, as well as light and refreshing offerings like Kerabu Beehoon, Cold Wantan Noodles with Sesame Black Vinegar Sauce and Chicken Soup Mee Sua with Poached Egg. Also included are a few regional specialties that have become all-time favourites in Malaysia such as Thai-style Fried Noodles, Cold Green Tea Soba and Burmese Coconut Noodles. With step-by-step recipes for making noodles from scratch, this recipe collection is essential for those who wish to learn the secrets to whipping up delicious and wholesome noodles at home.