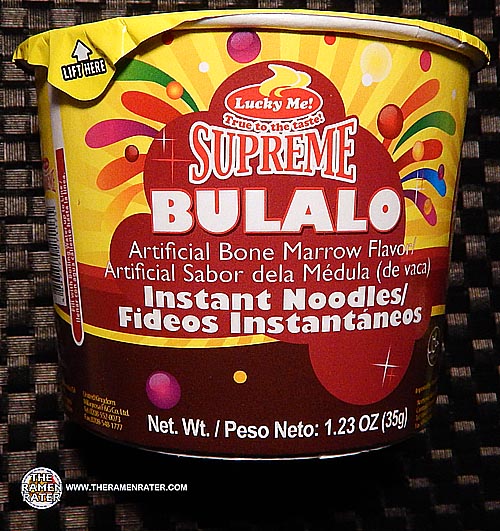 Bulalo sounds interesting – a beefy soup. I think I need more info though – here’s what wikipedia had to say:

Bulalo is a beef dish from the Philippines. It is a light colored soup that is made by cooking beef shanks and marrow bones until the collagen and fat has melted into the clear broth. Bulalo is native to the Southern Luzon region of the Philippines.

Many references have evolved regarding its origin. One of it says that this type of dish originated from Batangas where you find the many versions of Bulalo.[1] Other reference says that it actually came from Tagaytay in which there are a lot of cows.

Nice – sounds like a beefy affair. I’ve noticed that the beef flavors I’ve experienced through this Meet The Manufacturer have been going for a slow cooked simmered beef kind of thing which has been nice. Let’s check it out! 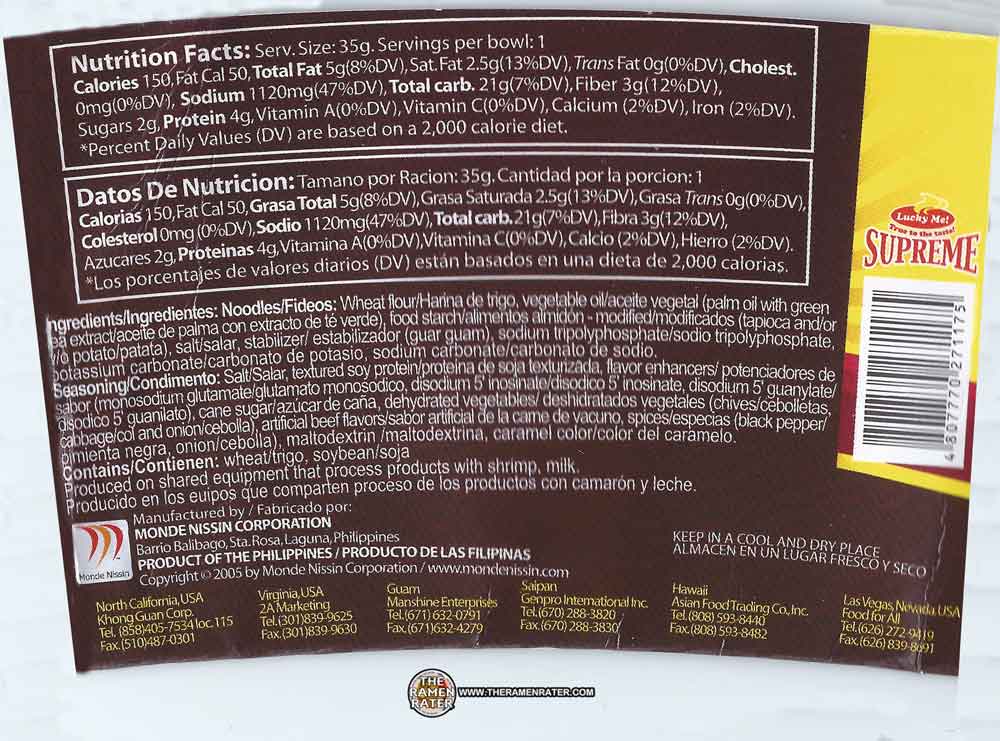 Detail of the side panels (click image to enlarge). 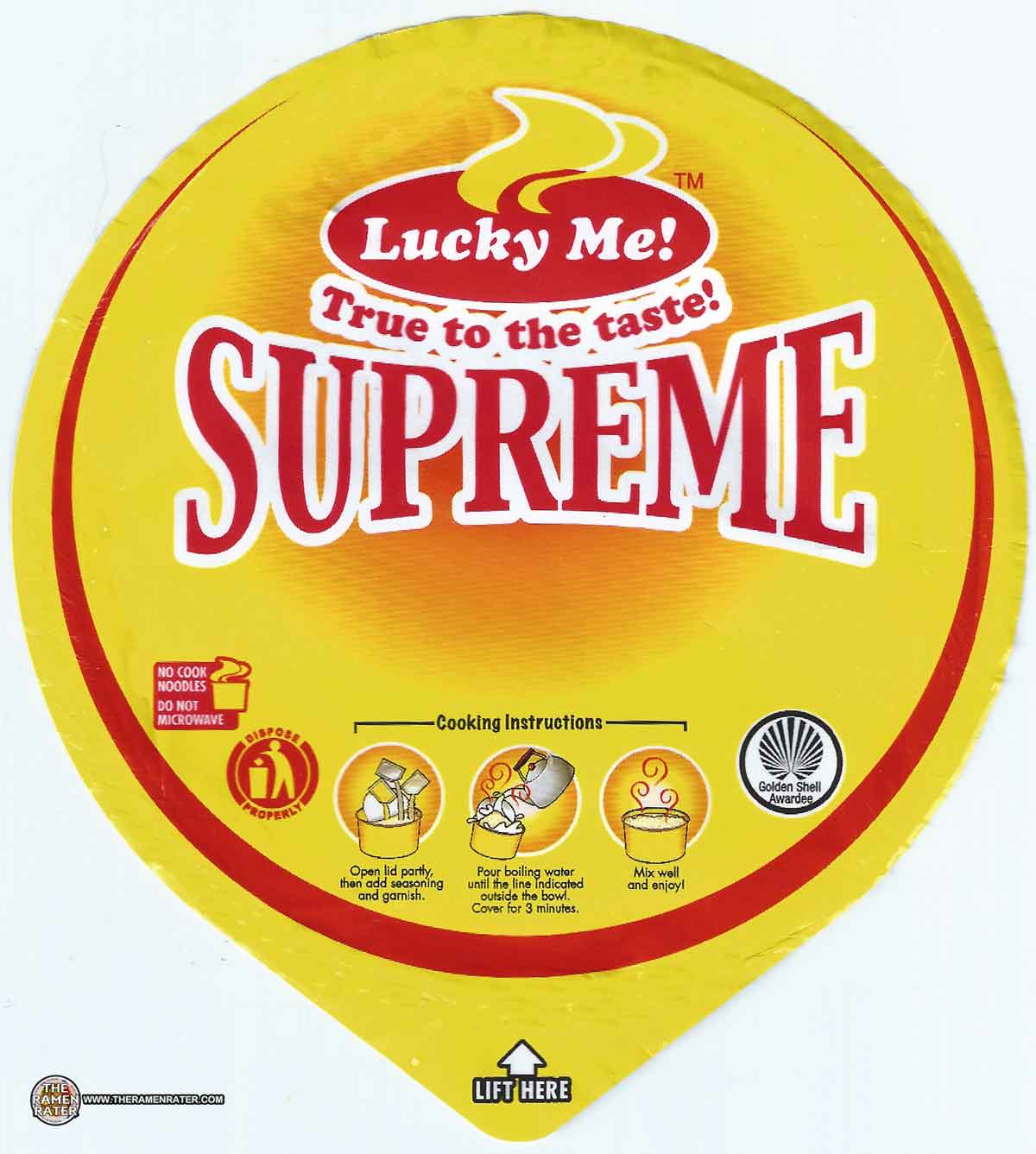 Detail of the lid (click image to enlarge). To prepare, open lid halfway and add in sachet contents. Fill to line with boiling water, re-cover, and steep for 3 minutes. Stir well and enjoy! 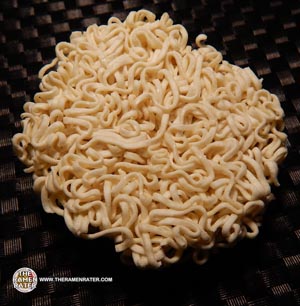 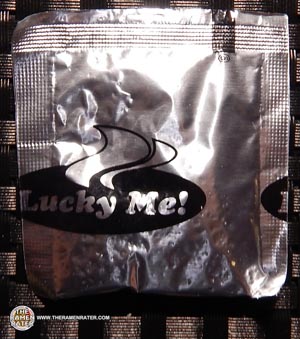 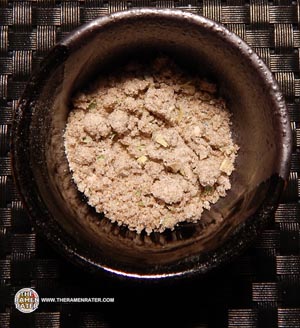 Has a kind of fatty beef scent. 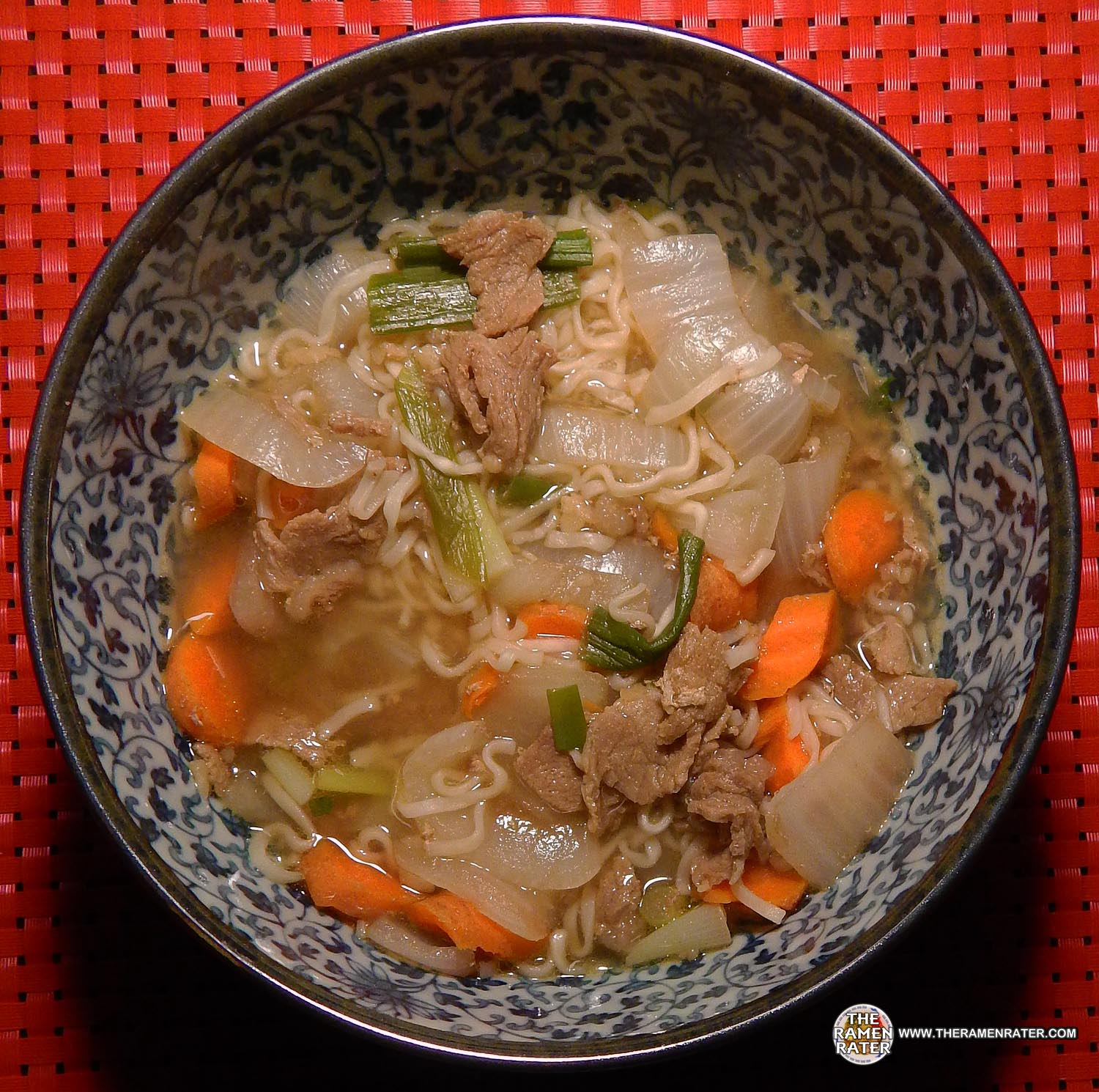 Finished (click image to enlarge). Added beef, spring onion, sweet onion and carrot I boiled desperately and added later. The noodles were a little on the spongy side at the end of the three minutes, but I found after a minute or two they became a little better. The broth has a nice beefy flavor. 3.25 out of 5.0 stars.EAN bar code 4807770271175.