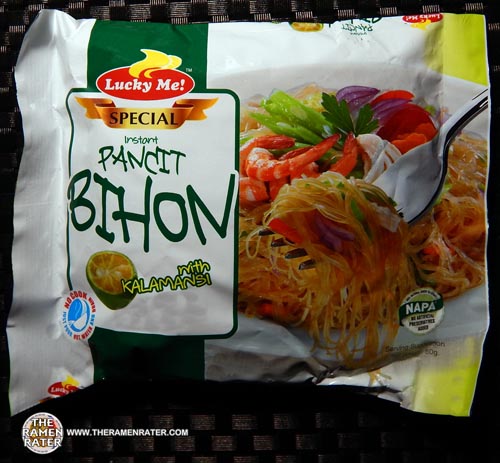 Rice vvermicelli isknown by many names in the world; bihun, beehoon, bihon – it’s all the same thing! One thing though – these noodles are made with corn starch! But pancit – let’s see what wikipedia has to say:

Pancit or pansit is the term for noodles in Filipino cuisine. Noodles were introduced into the Philippines by the Chinese and have since been adopted into local cuisine. The term pancit is derived from the Hokkien pian i sit (Chinese: 便ê食; Pe̍h-ōe-jī: piān-ê-si̍t or Chinese: 便食; pinyin: biàn shí) which means “something conveniently cooked fast.”[1] Different kinds of noodles can be found in Filipino supermarkets which can then be cooked at home. Noodle dishes are also standard fare in local restaurants. Food establishments specializing in noodles are often referred to as panciterias.

Another one here is kalamansi. What is that? Again, wikipedia:

Citrofortunella microcarpa, the calamondin or calamansi, is a fruit tree in the family Rutaceae in native Asia. Other English language common names include calamonding, calamandarin, golden lime, Philippine lime,Panama orange, Chinese orange, and acid orange.[1] Its cultivation has spread throughout Southeast Asia, India, Hawaii, the West Indies, and Central and North America.[2] The plant is characterized by wing-like appendages on the leaf stalks and white or purplish flowers. Its fruit has either a spongy or leathery rind with a juicy pulp that is divided into sections.

The fruit is indigenous and widely cultivated in the Philippines (Tagalog: calamansi or kalamansî [kɐlɐmɐnˈsɪʔ]; Visayan: limonsito or simuyaw [sɪˈmujɐw]), Malaysia (Also known as limau kasturi) and neighboring northern parts of Indonesia. It is available year-round in the Philippines and is usually seen in its unripened green state. When left to ripen it turns a tangerine orange.

I has always thought that kalamansi was just the Filipino word for lime! Now it sounds more like a smaller kind of thing, like a lime and a kumquat combined. Interesting! Let’s check out Lucky Me! Special Bihon – with kalamansi! 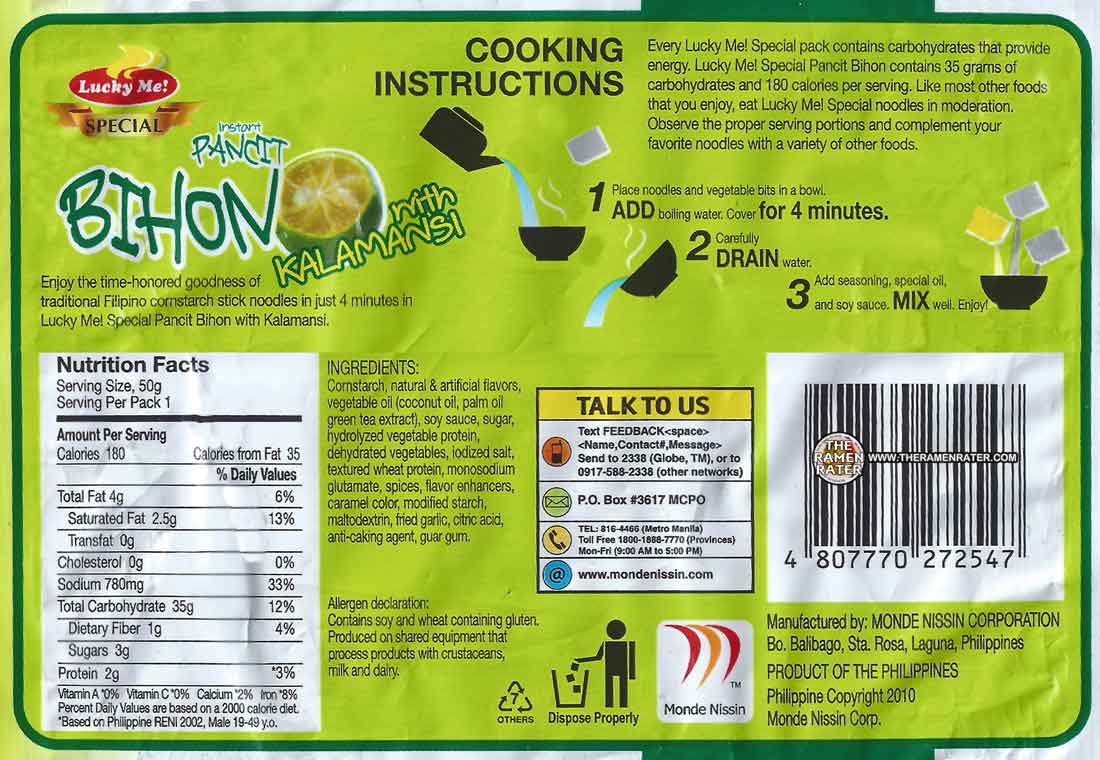 Here’s the back of the package (click image to enlarge). Looks to be meat free, but check for yourself. To prepare, add vegetables sachet content and noodle block to a bowl and cover with boiling water. Cover for 4 minutes and drain. Add in contents of remaining sachets and stir well. Enjoy! 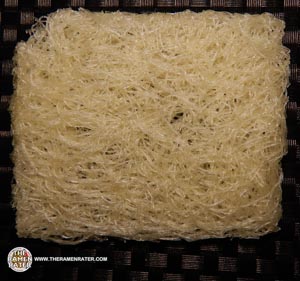 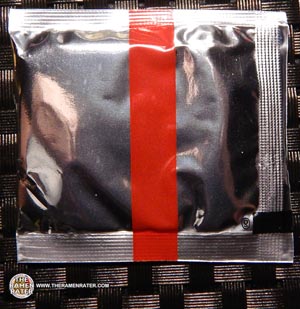 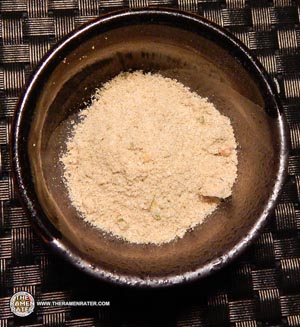 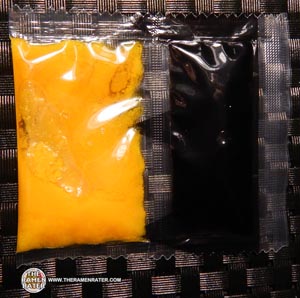 A dual sachet of seasoned oil and sauce. 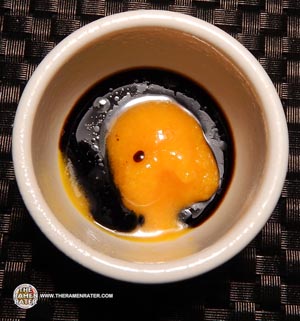 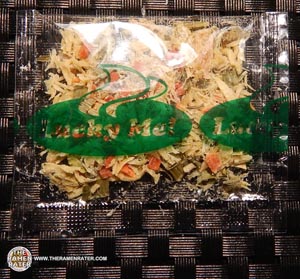 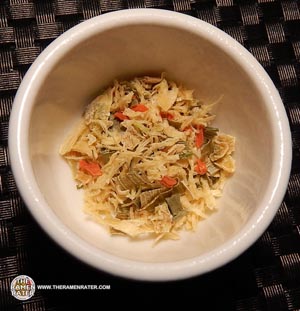 An interesting mix – looks to be green onion and regular onion. 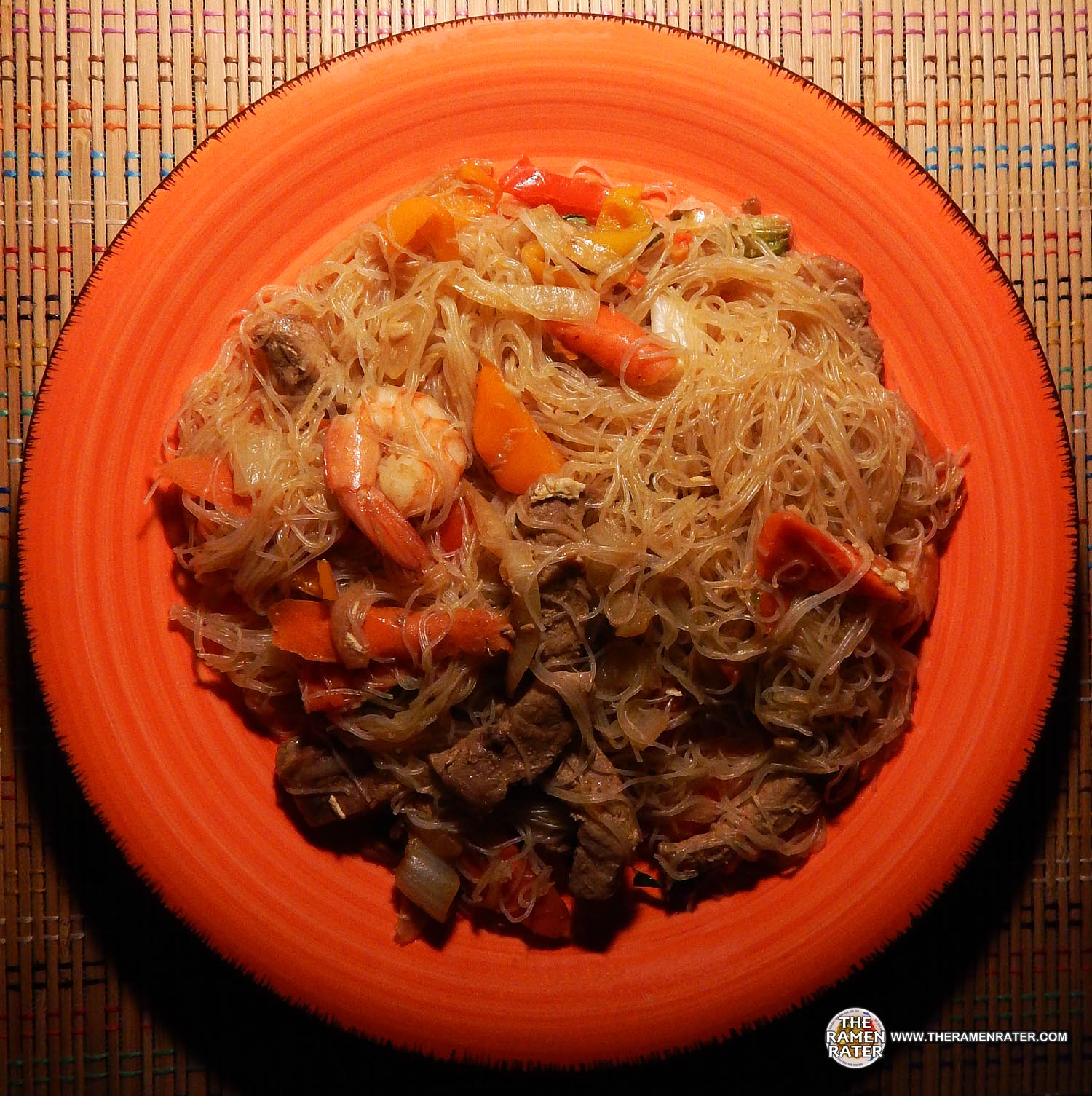 Finished (click image to enlarge). Added pork, sweet onion, spring onion, shrimp, carrot and bell pepper sauteed with soy sauce. The noodles are thin and light. They don’t have to strong of a chewiness which I liked in this one. The flavor is kind of a light meat kind of thing with a little sweet and savory in there but no spiciness. The garnish hydrated well and added a little something something. 3.75 out of 5.0 stars. EAN bar code 4807770272547.

I couldn’t find the Bihon variety on Amazon, but here’s the Pancit Canton Kalamansi flavor!

A short documentary by the BBC about the Philippines.