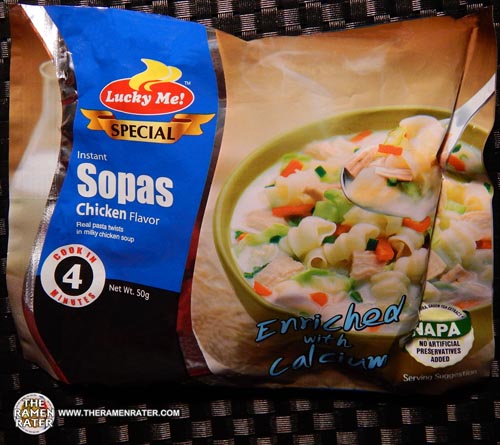 Thought this would be one my son would like. He’s been keen on trying new things, and I doubt he’s ever had any Filipino soups before. Sopas is basically chicken soup, but has a Filipino twist to it. Here’s what Wikipedia has to say about Sopas in the Philippines:

Western style chicken soup in the Philippines is called sopas. While there are many variations in the recipe, it usually contains chicken strips in broth, onions, vegetables (mainly carrots, cabbage and celery), and macaroni noodles. It is cooked with evaporated milk to give it richer flavor. Sopas is normally associated with the cold, rainy season in the Philippines, and may thus be regarded as local comfort food.

Other chicken dishes are considered soups. Tinola has chicken cuts in broth, with ginger, chayote, and chili pepper leaves. Sinampalukang manok is basically just a chicken version of sinigang, but here the meat is browned first before being boiled in the water. 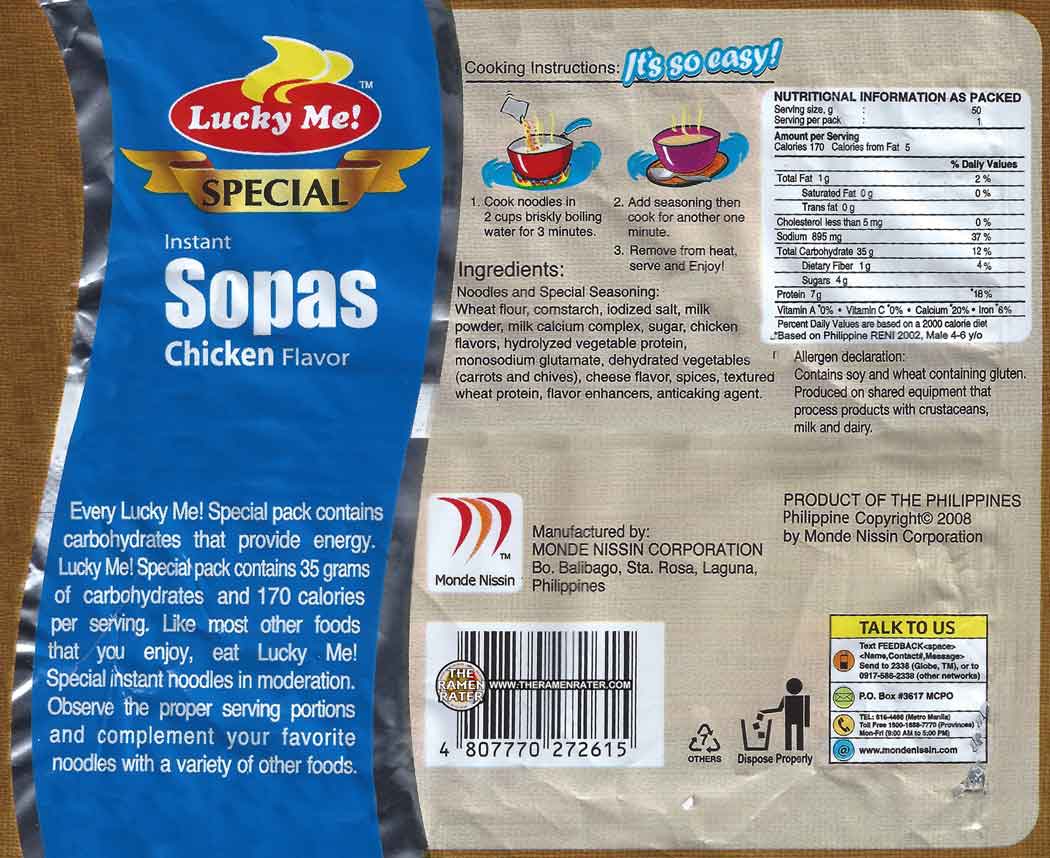 Here’s the back of the package (click image to enlarge). Looks to be meat free but check for yourself. To prepare, cook noodles in 2 cups briskly boiling water for 3 minutes. Add contents of sachet and cook another minutes. Stir and enjoy! 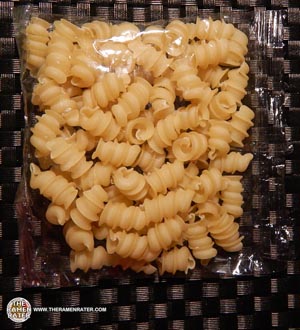 A package of spiral macaroni – just like in Lucky Me! Baked Mac. 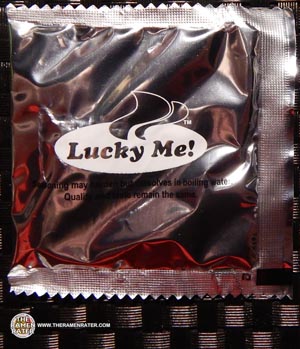 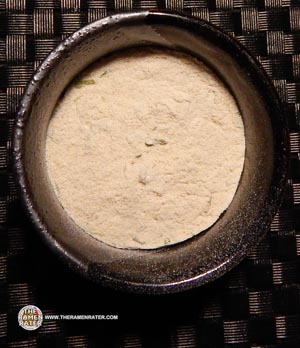 Has a kind of milky chicken scent. 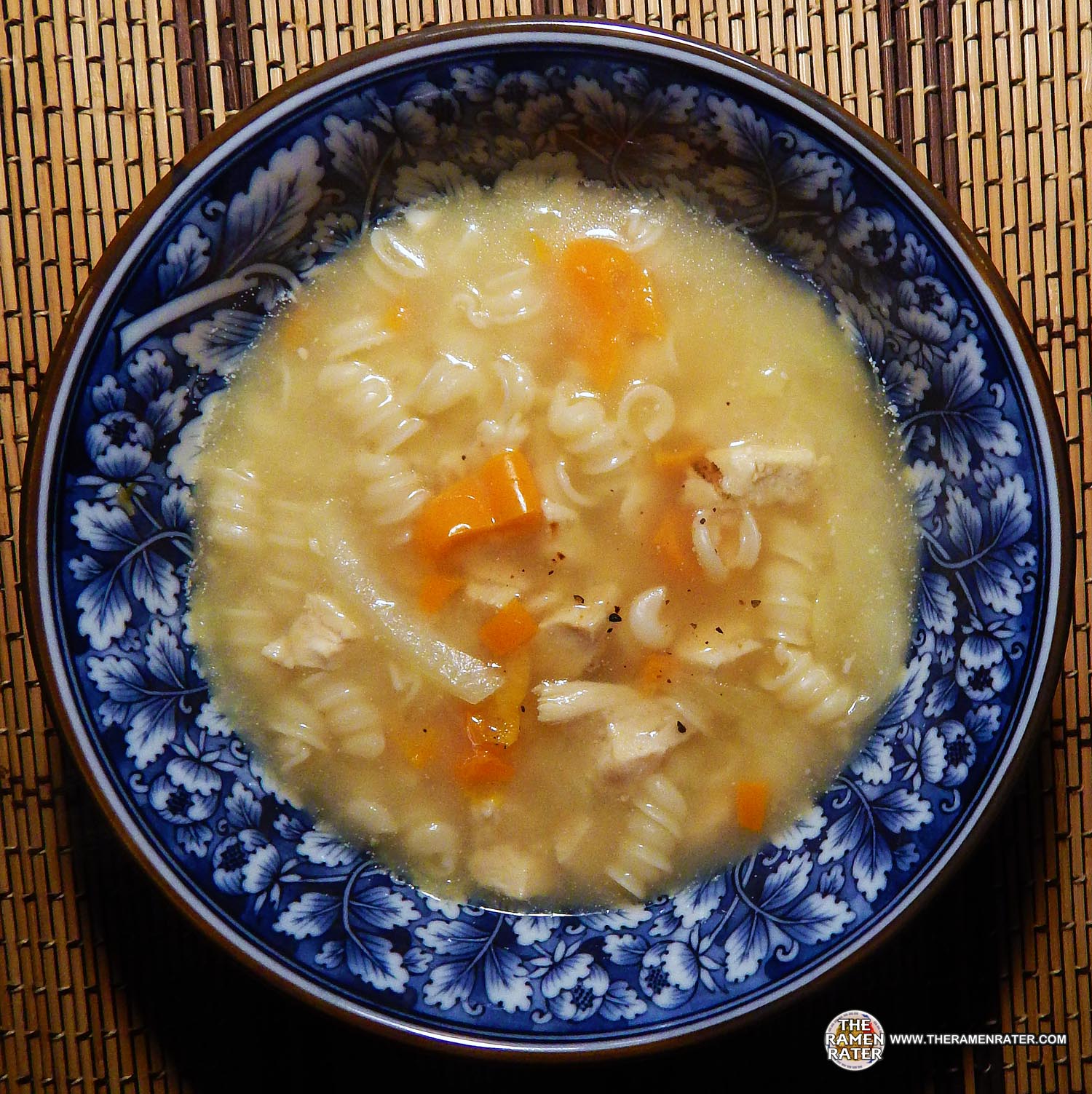 Finished (click image to enlarge) Added grilled chicken, bell pepper and sweet onion with just a sprinkle of Jane’s Krazy Mixed up Pepper on top.. The noodles have a nice chew to them and work well with the broth. The broth is indeed comfort food driven, with a very nice creaminess and good chicken flavor. 3.75 out of 5.0 stars. EAN bar code 4807770272615.

Memories of Philippine Kitchens – In the newly revised and updated Memories of Philippine Kitchens, Amy Besa and Romy Dorotan, owners and chef at the Purple Yam and formerly of Cendrillon in Manhattan, present a fascinating—and very personal—look at Filipino cuisine and culture. From adobo to pancit, lumpia to kinilaw, the authors trace the origins of native Filipino foods and the impact of foreign cultures on the cuisine. More than 100 unique recipes, culled from private kitchens and the acclaimed Purple Yam menu, reflect classic dishes as well as contemporary Filipino food.

A Lucky Me! Special Sopas TV spot. It mentions NAPA (No Artificial Preservatives Added), a seal on much of the Lucky Me! packaging.