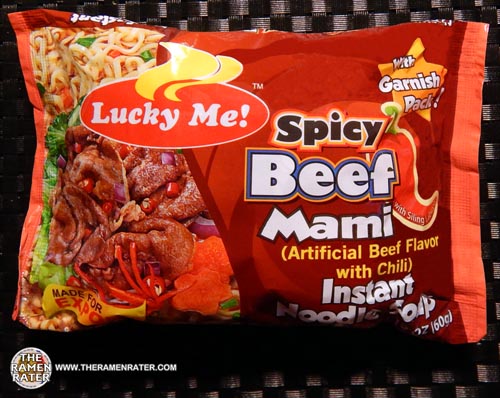 Lucky Me! Spicy Beef Mami is a newer product I’m pretty sure. A couple neat things about this one is tyhat they use Labuyo pepper. It’s also known as Bird’s Eye chilli as well a cili padi (chilli paddi) in Indonesia and Malaysia. What’s more, this is another instance of instant noodles being referred to as ‘mami.’ As far as I know, this in a purely Filipino thing; never seen instant noodles called mami anywhere else (although there is a Malaysian company called Mamee, (a play on mee and MAMA) and a Thai brand called MAMA (for the same reason). I thought I’d see what Wikipedia has to say about the various meanings of mami and got this list:

That’s a lot of mami right there! Anyways, let’s try these Lucky Me! Spicy Beef Mami Instant Noodles and see what we have inside. 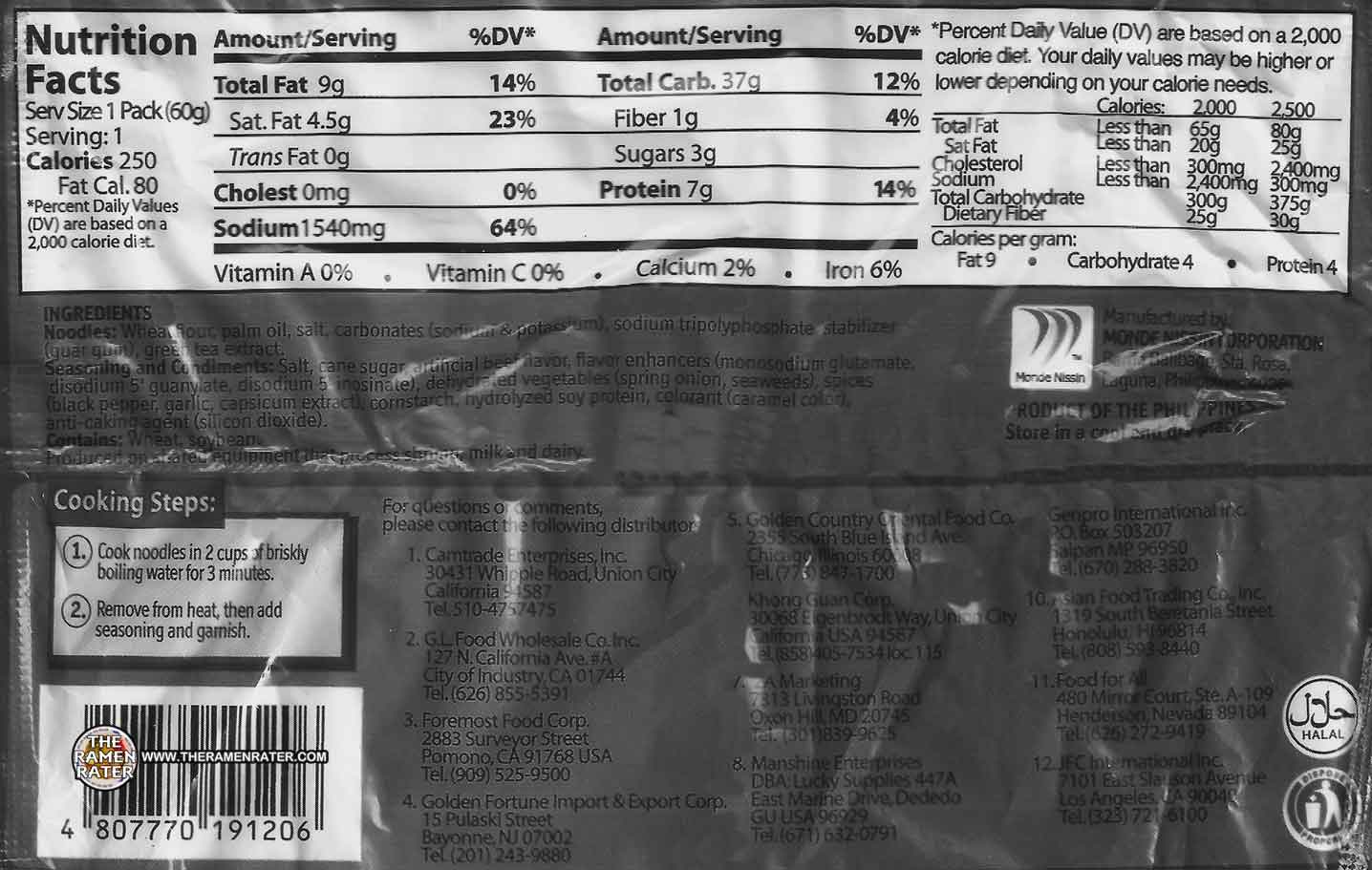 Here’s the back of the package (click image to enlarge). Looks to be meat free but check for yourself. To prepare, cook noodles in 2 cups boiling water fo 3 minutes. Add in garnish and seasoning sachet contents, stir, and enjoy! 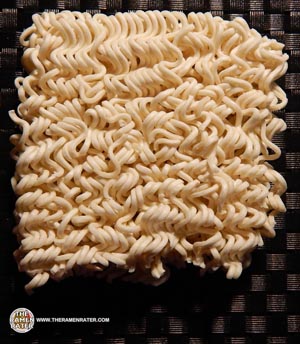 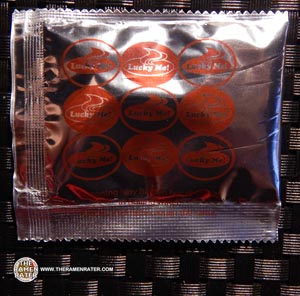 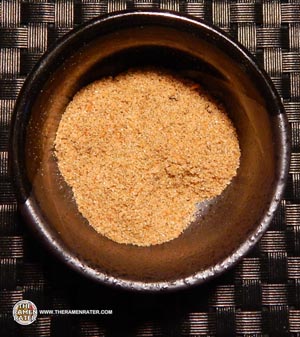 The soup base has a spicy beef scent. 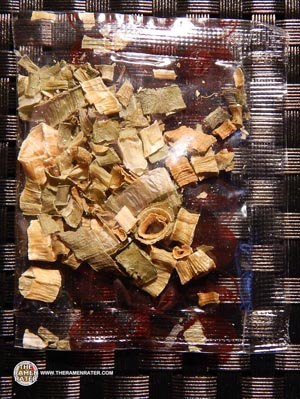 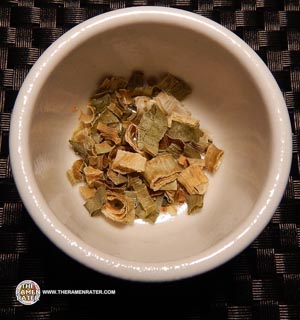 Looks to be mostly green onions. 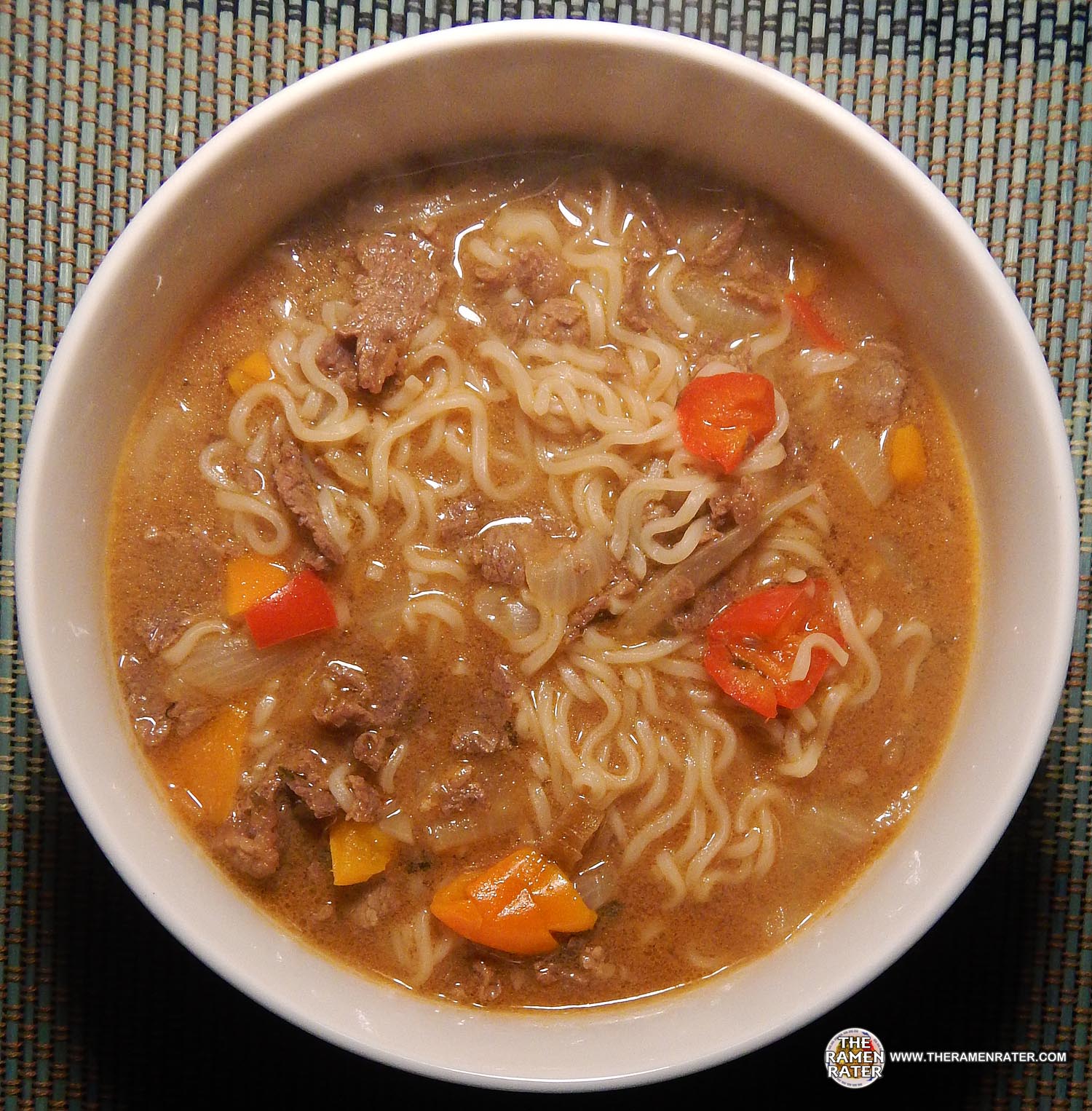 Finished (click image to enlarge). Added beef, sweet onion and bell pepper. The noodles hydrate quite nicely with a good gauge and mouthfeel that I would expect from a standard instant. The broth has a nice little punch of spiciness and a very good beef flavor. 3.75 out of 5.0 stars.EAN bar code 4807770191206.

Maybe want something non-spicy? Check out this Lucky Me! Beef Na Beef here!

A TV spot for Lucky Me! Spicy Beef Mami.