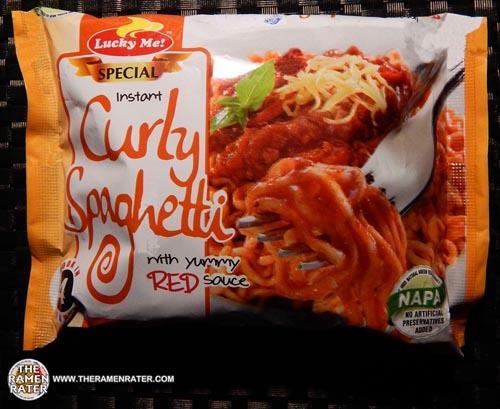 I have tried a few quick spaghetti in the past – from South Korea, Japan and Indonesia, but never from the Philippines! I had a look to see if there’s a particular way in which spaghetti is enjoyed in the Philippines and as it turns out, I found some recipes that included hot dogs. Interesting! Well, let’s have a look at this unique instant variety = Lucky Me! Curly spaghetti! 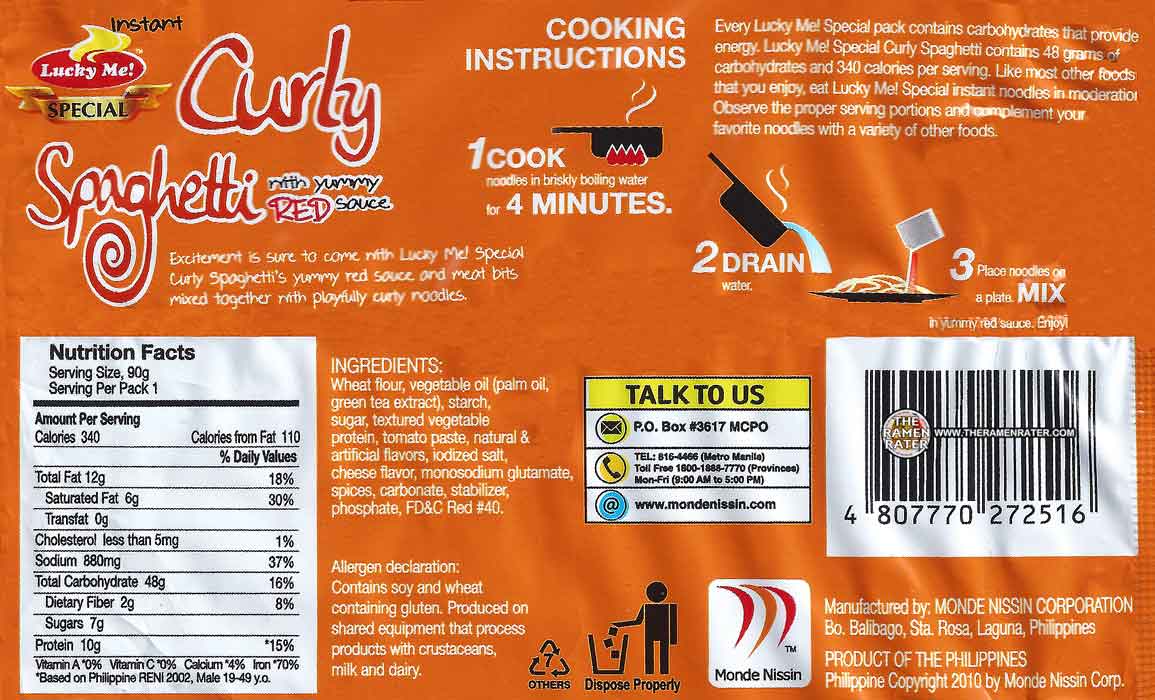 Here’s the back of the package (click image to enlarge). Looks to be meat free but check for yourself. To prepare, cook noodles in briskly boiling water for 4 minutes. Drain. Combine with sauce and enjoy! 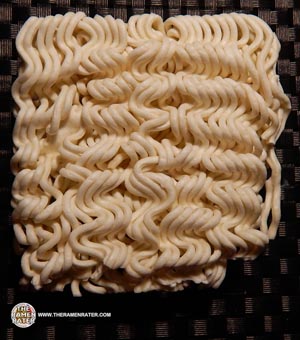 The noodle block. The noodles look much wider than most. 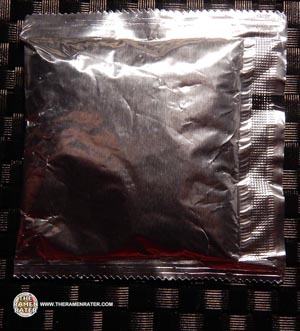 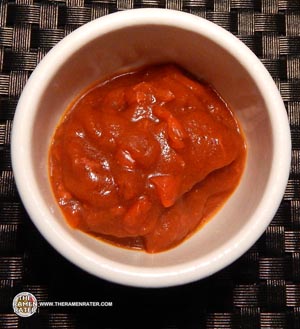 The sauce has a sweet tomato scent. 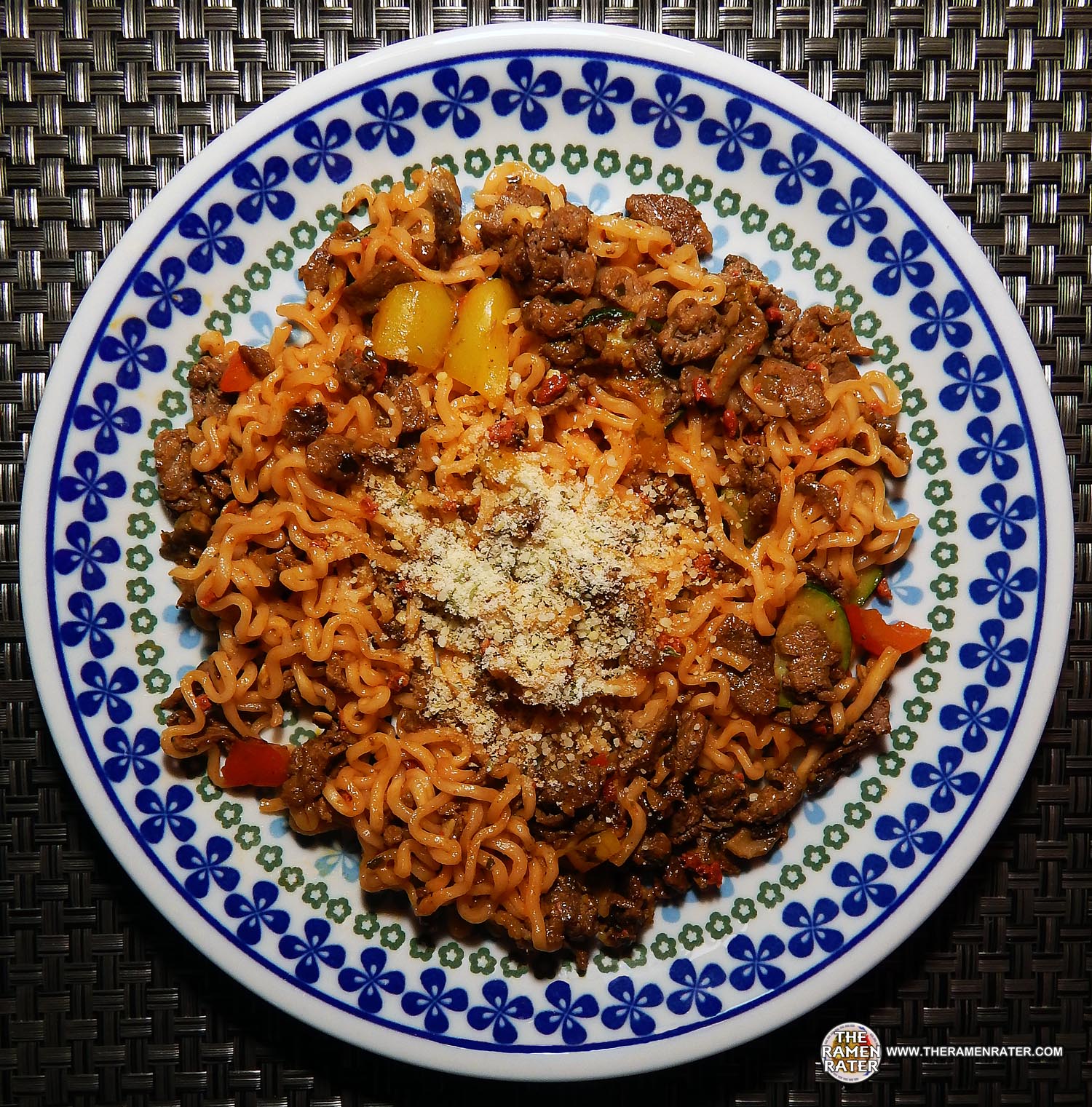 Finished (click image to enlarge). Added minced beef, zucchini, bell pepper, mushroom, basil paste, Jane’s Krazy Mixed Up Salt and sauteed it all together and mixed it in and topped with herbed parmesan cheese. The noodles are definitely large gauge – larger than ramyun even. They also have an excellent chewiness to them. The flavor is a sweet tomato sauce which coats everything quite well. 4.0 out of 5.0 stars. EAN bar code 4807770272516.

Filipino Soul Food – Chef Maria Ford is a magna cum laude graduate of the Texas culinary academy and owner of the Cebuana Filipino store in Austin TX. She is a native of Cebu and immigrated to the US in 2003. She was featured in the 2010 east Austin stories documentary “Filipino Soul Food” by Rhea Rivera. In 2010 Chef Maria Ford created her Meryendahan celebration to promote Filipino food, culture and arts. Now Chef Maria Ford is poised to take the culinary world by storm with the release of her first cookbook entitled Filipino Soul Food. This book contains the recipes that Maria prepares on a daily basis and that her loyal customers have grown to love over these past two years

A TV advertisement for Lucky Me! Special Curly Spaghetti With Yummy Red Sauce.