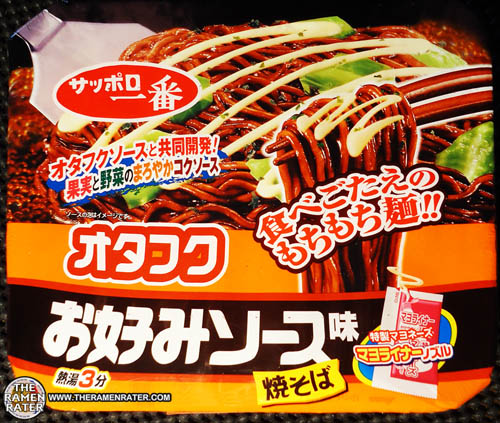 Here’s some more noodles I picked up last July in Canada. It’s been a while now, so I’ll tell you the story of the July trip. I saw a blog post from a guy up in Vancouver, BC who was talking about my top ten list. He had a really neat little graphic icon that looked cool, so I tried to figure out where it was from. Finally, he was the one who let me in on it. It was a graphic someone had made of my top ten list! I was curious to find out where it had come from… 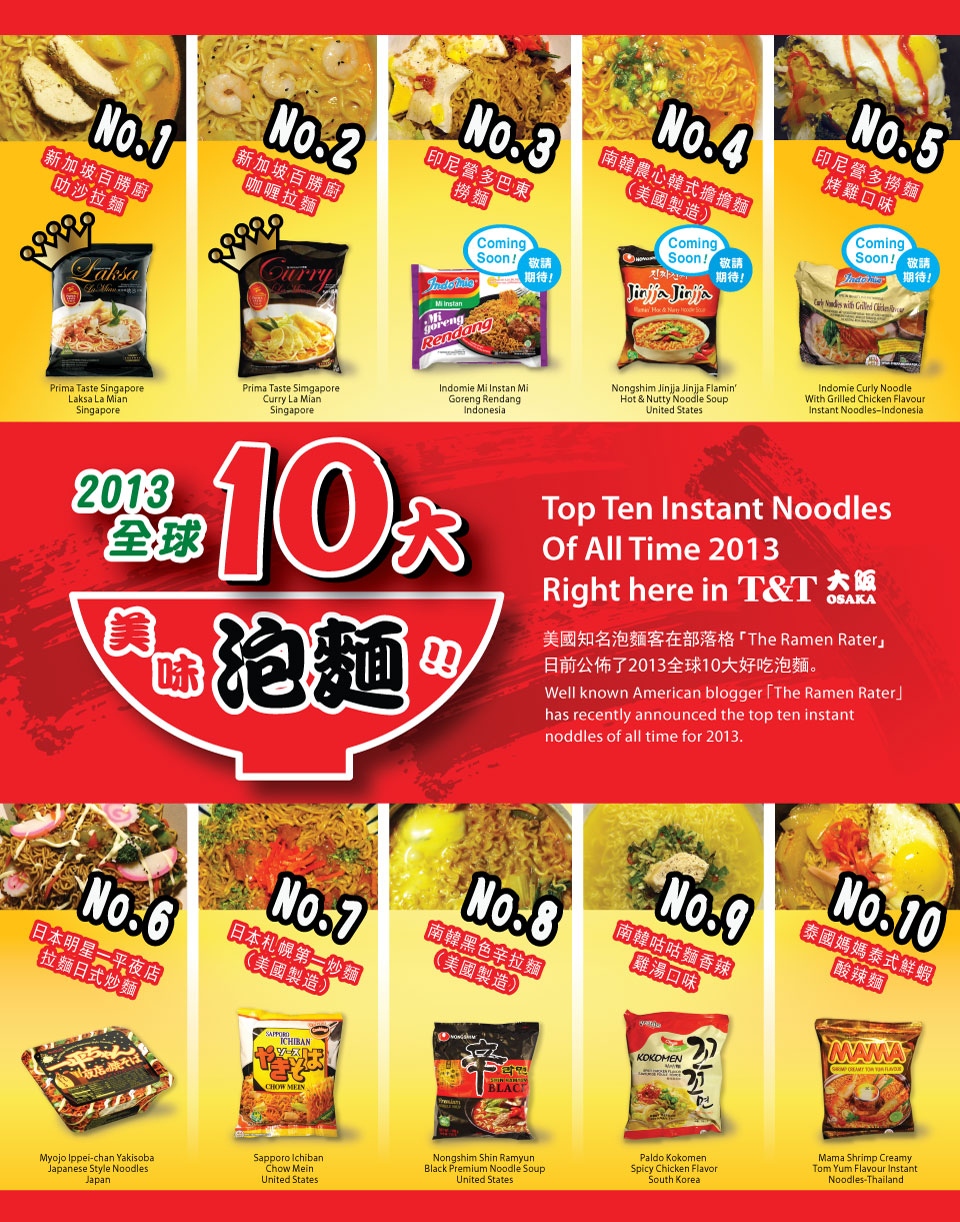 Here it is (click image to enlarge). Pretty awesome, but hey wait a minute – they’re using my images and list and name and everything and haven’t asked permission or anything! So I figured I should give them a call. I left a message and got a return call promptly. They apologized for doing it and said that they were big fans (wow Canadian fans – rad!). They also said that they pulled the poster because everything on it had sold out. At first I was kind of mad, but then I thought that if they thought maybe I could collaborate with them. A date was set, and me and my partner/site developer Dave drove up to Richmond, BC to their headquarters. They wanted to have me do appearances at their stores and develop a top ten list just for them. They also gave me a shopping cart and demanded I go up and down the aisles of the Metro Center T&T and have all the noodles I’d never reviewed. $400 worth of them; was like a strange shopping spree! Was a lot of fun and very nice of them.  Department of Agriculture stopped us on the way back – was pretty comical! Anyways, they were going to call me with a contract/proposal but never got back with me. Really bummed about that; really don’t know what happened on their end. But yeah that was the big July 2013 trip. I’ve got no hard feelings on T&T; they were all really nice people and it was a fun day. At least they gave me something for using my material unlike lots of places. Anyways, on with the review! 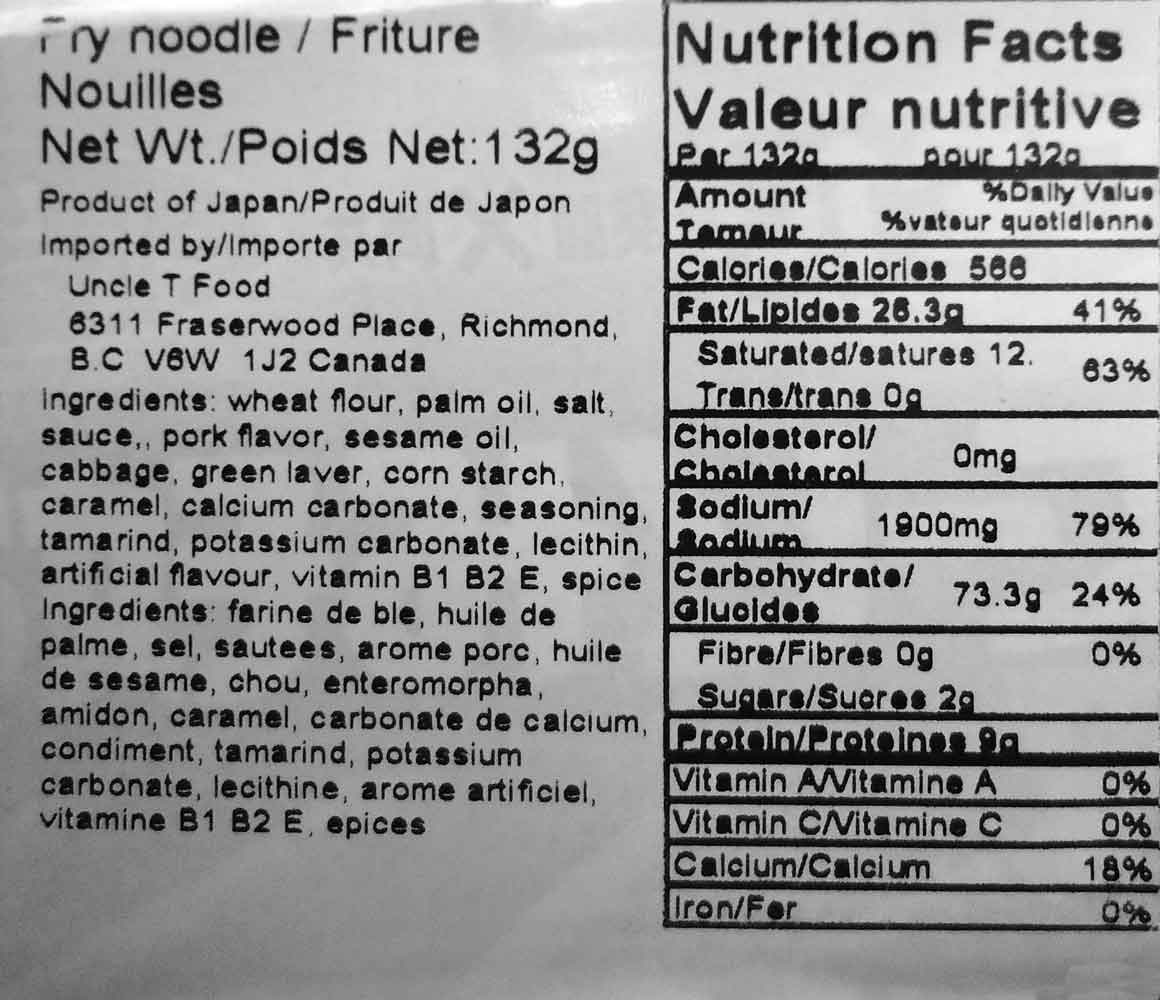 Here’s the distributor’s sticker (click image to enlarge). Looks to be meat free, but check for yourself. 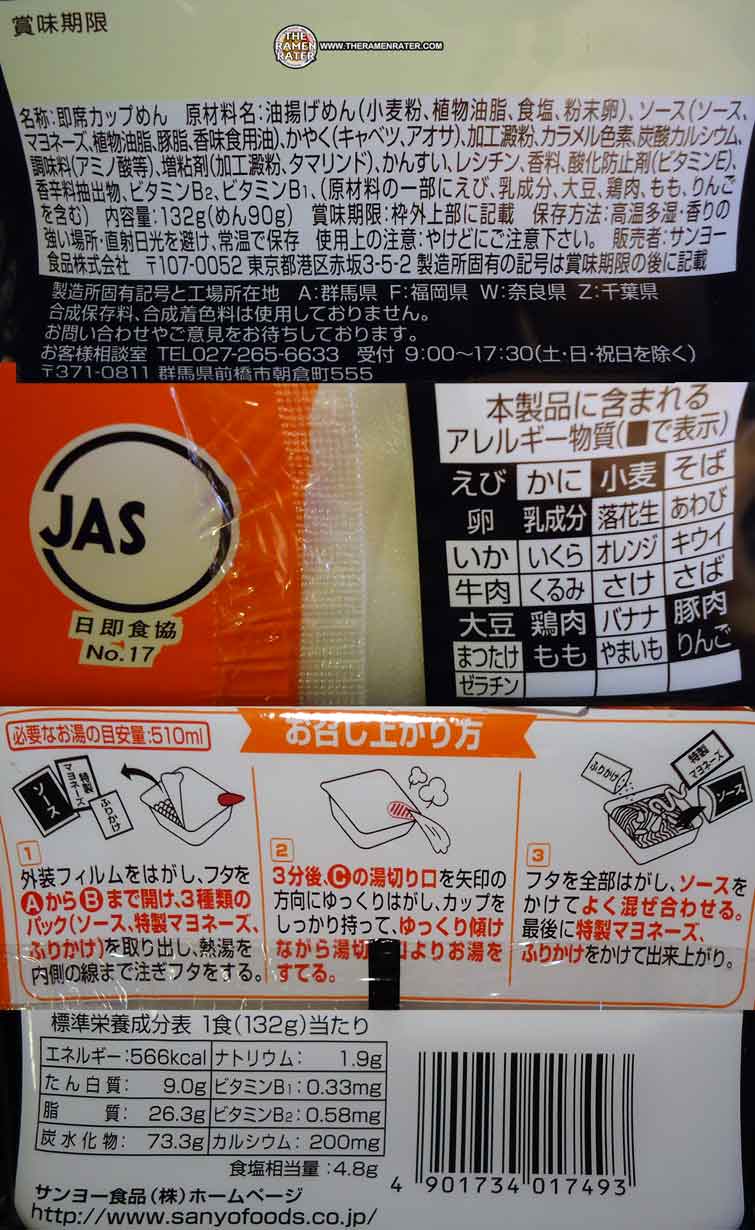 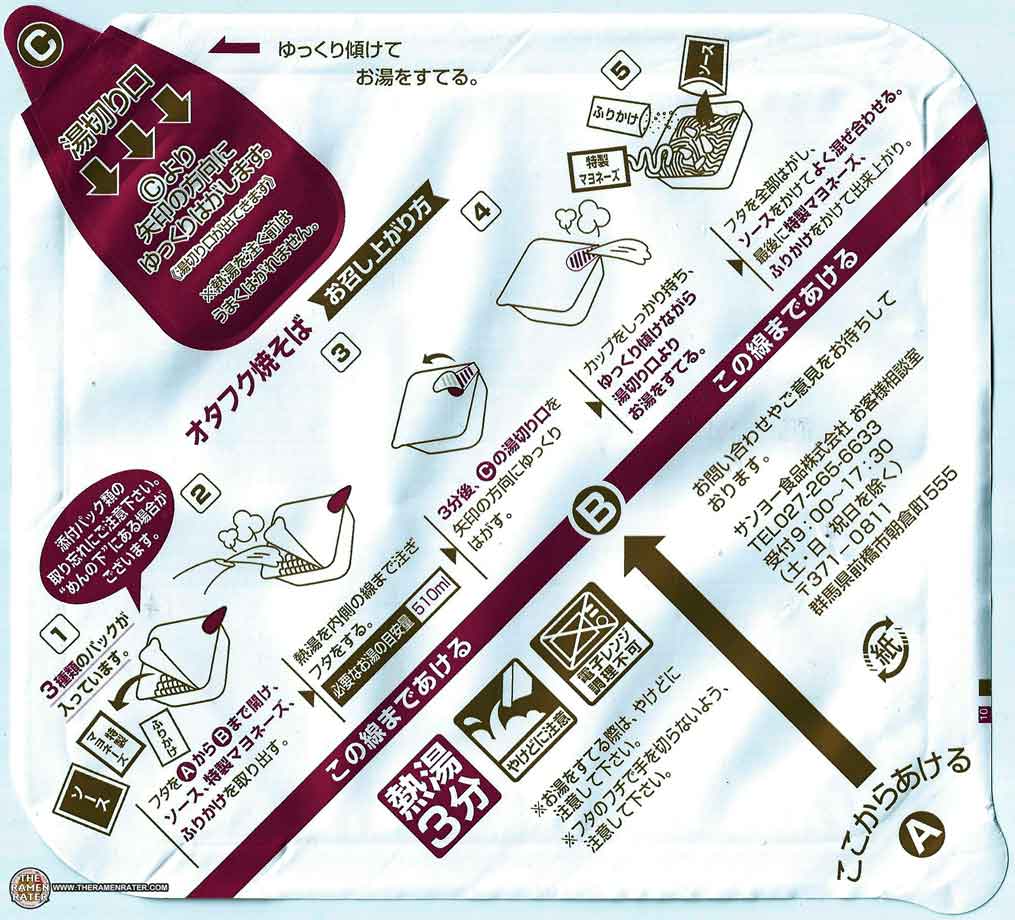 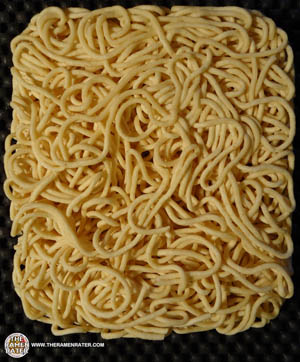 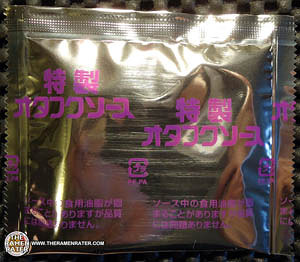 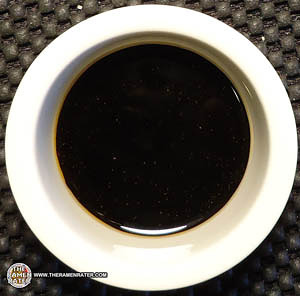 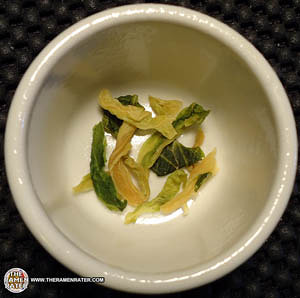 Some bits of cabbage and other vegetable from the bottom of the tray. 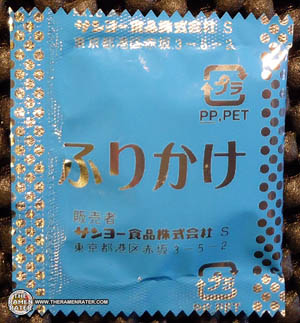 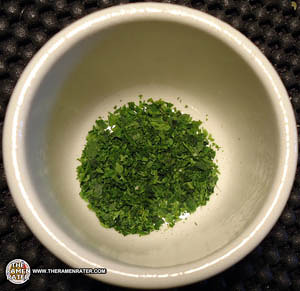 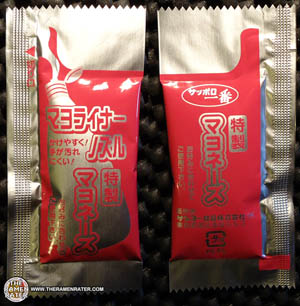 This is one of my favorite things about Japanese instant noodle trays; when they have mayonnaise. Yup – mayonnaise and yakisoba is where it’s at. Period. Bar none. 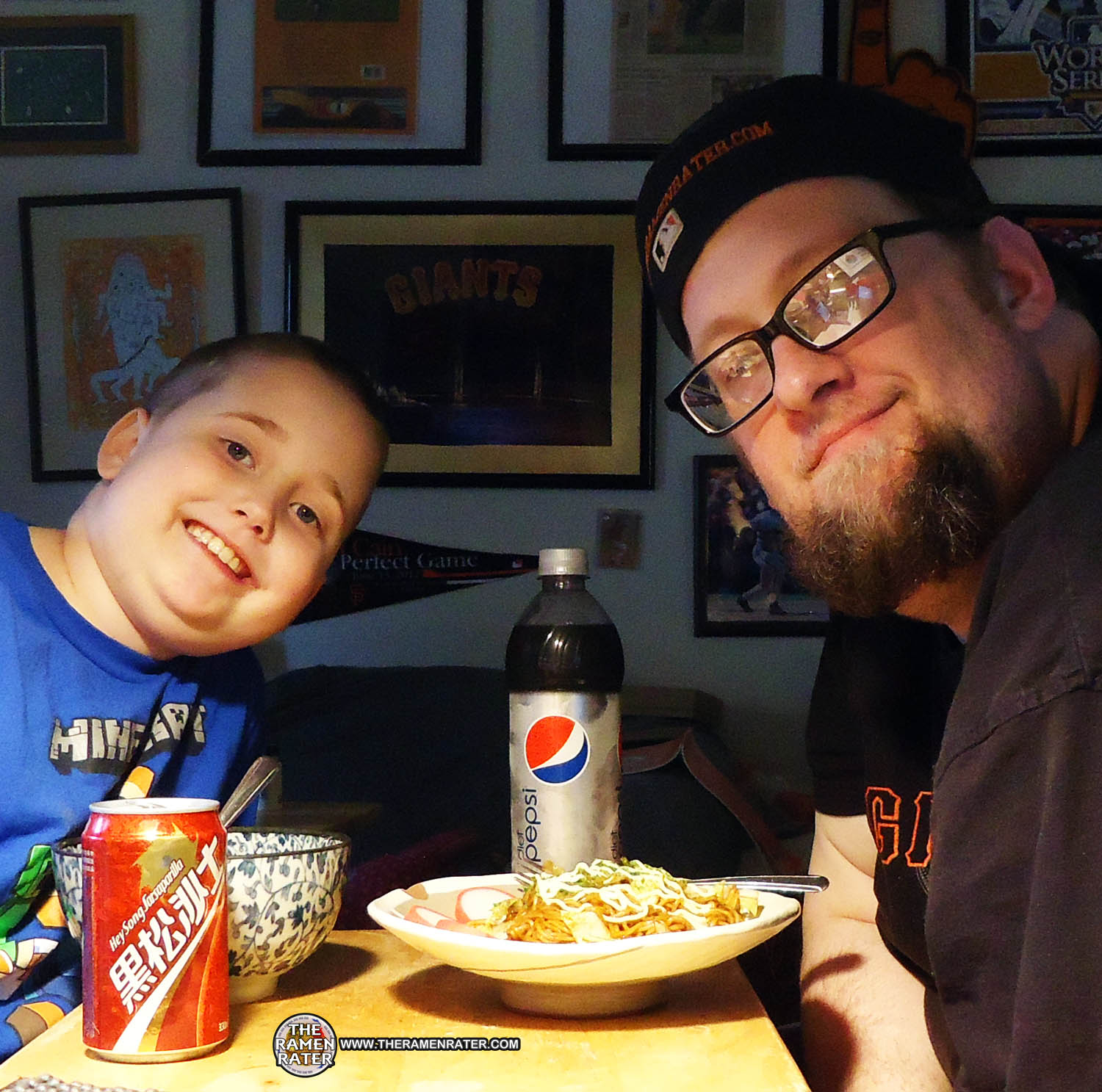 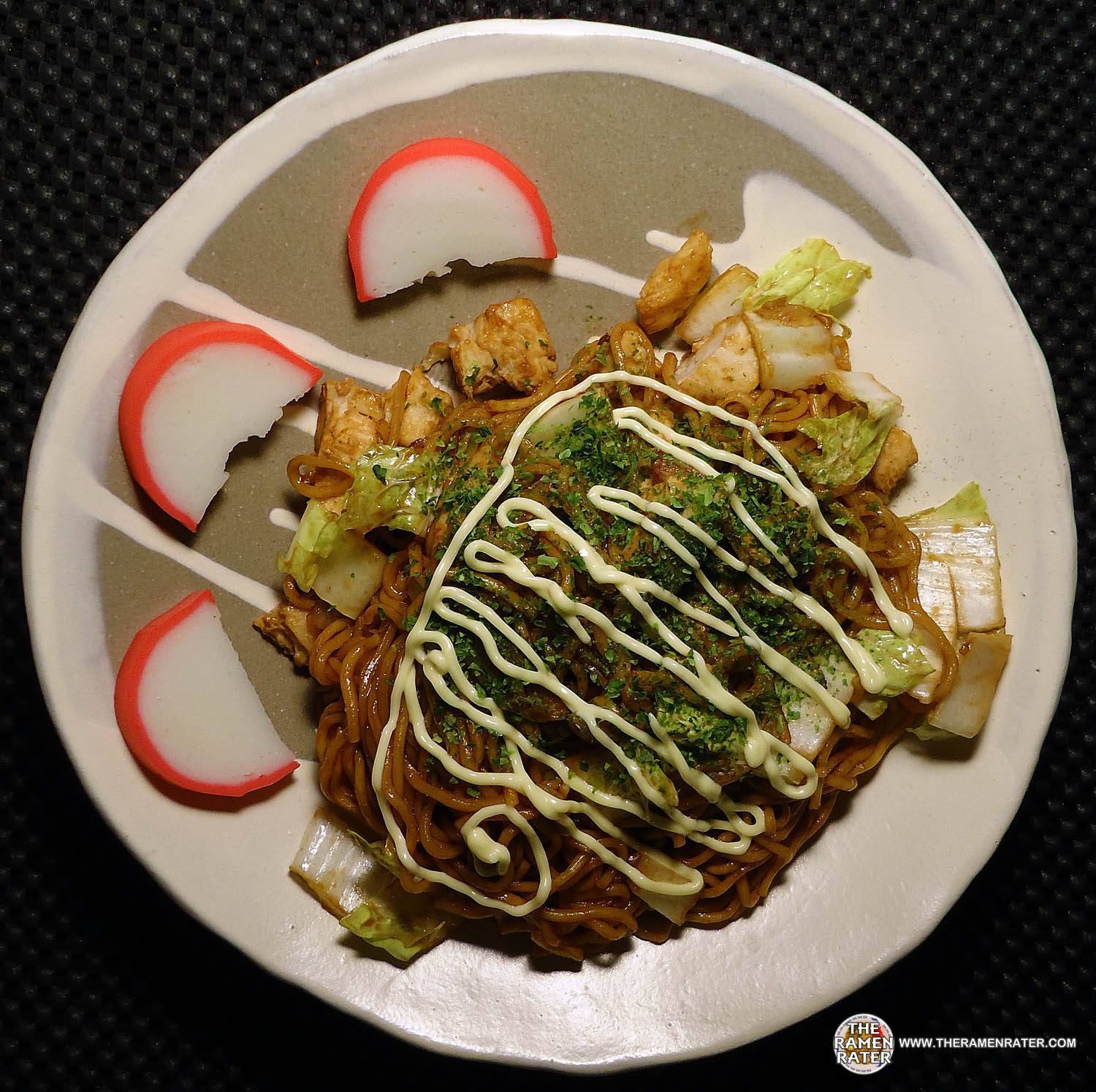 Finished (click image to enlarge). Added grilled chicken, cabbage and a little kamaboko on the side. The noodles were pretty good; the texture was just right for yakisoba. The flavoring was right on the money too –  the only yakisoba sauce I’ve ever seen for sale around these parts is that Otafuku stuff so either it’s all they can get or it’s popular. The mayo was wonderful and the seaweed (green laver) was a perfect accompaniment. If you like yakisoba and instant noodles, this is the perfect stuff. 5.0 out of 5.0 stars.UPC bar code 4901734017493.

Here’s how you do it homemade!