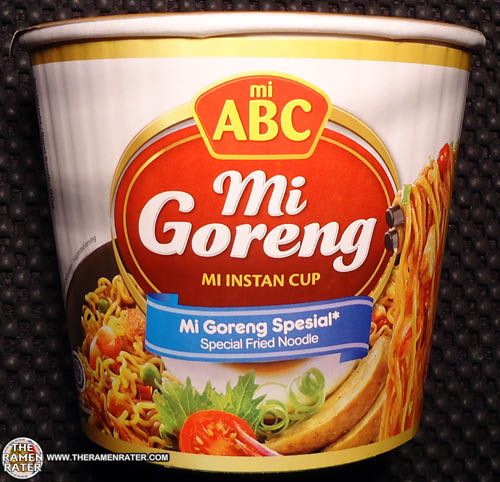 Mi goreng means fried noodles. To those not familiar with mi goreng, you’ve absolutely must try it! There’s no broth involved and very strong and delicious flavors. I would wager that if I looked through all my reviews, I’d be hard pressed to find a mi goreng that I didn’t like. Well, there was one, but it was a Chinese take on it and the spices were really off. What’s really nice is the ability to pair it with so many different things. Let’s delve into this one; I have a good feeling about it! 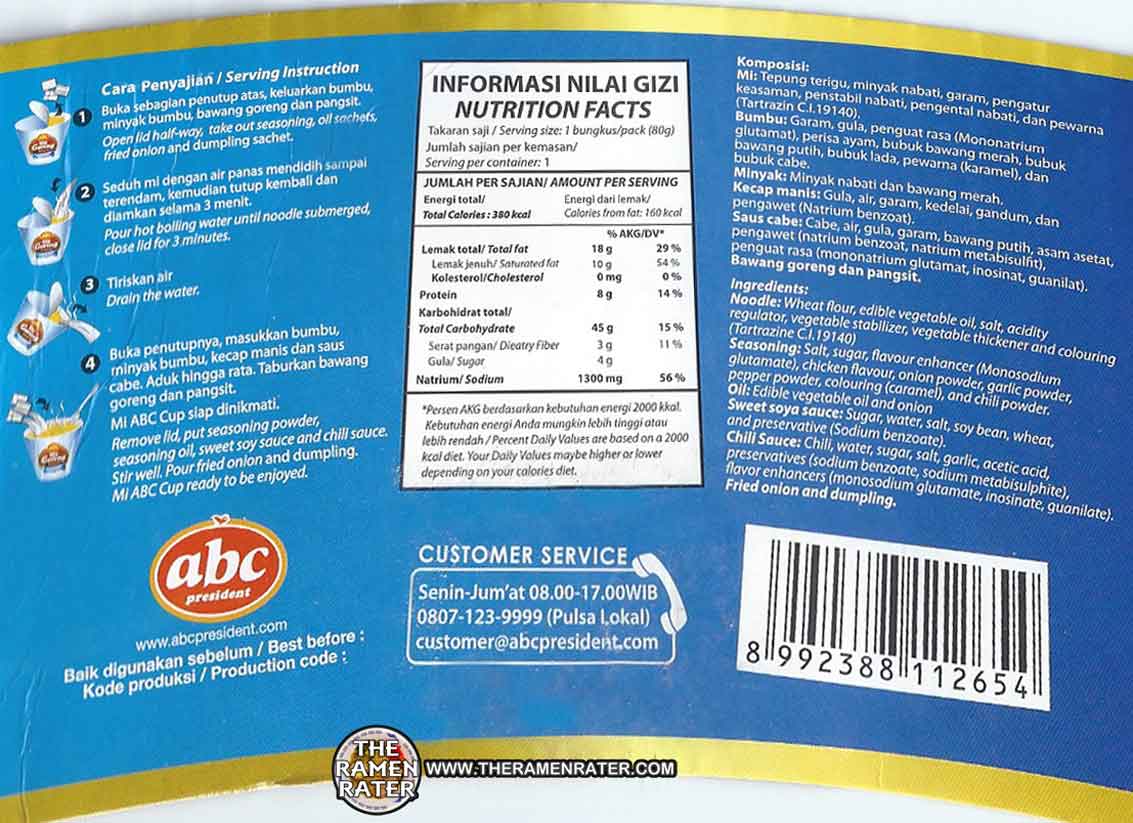 The side panels (click image to enlarge). Looks to be meat free but check for yourself. To prepare, take everything out except the noodles. Add boiling water and cover for 3 minutes. Give it a stir and then drain off the water. Add all the sachet contents, save the garnish and stir. Sprinkle garnish on top and enjoy. 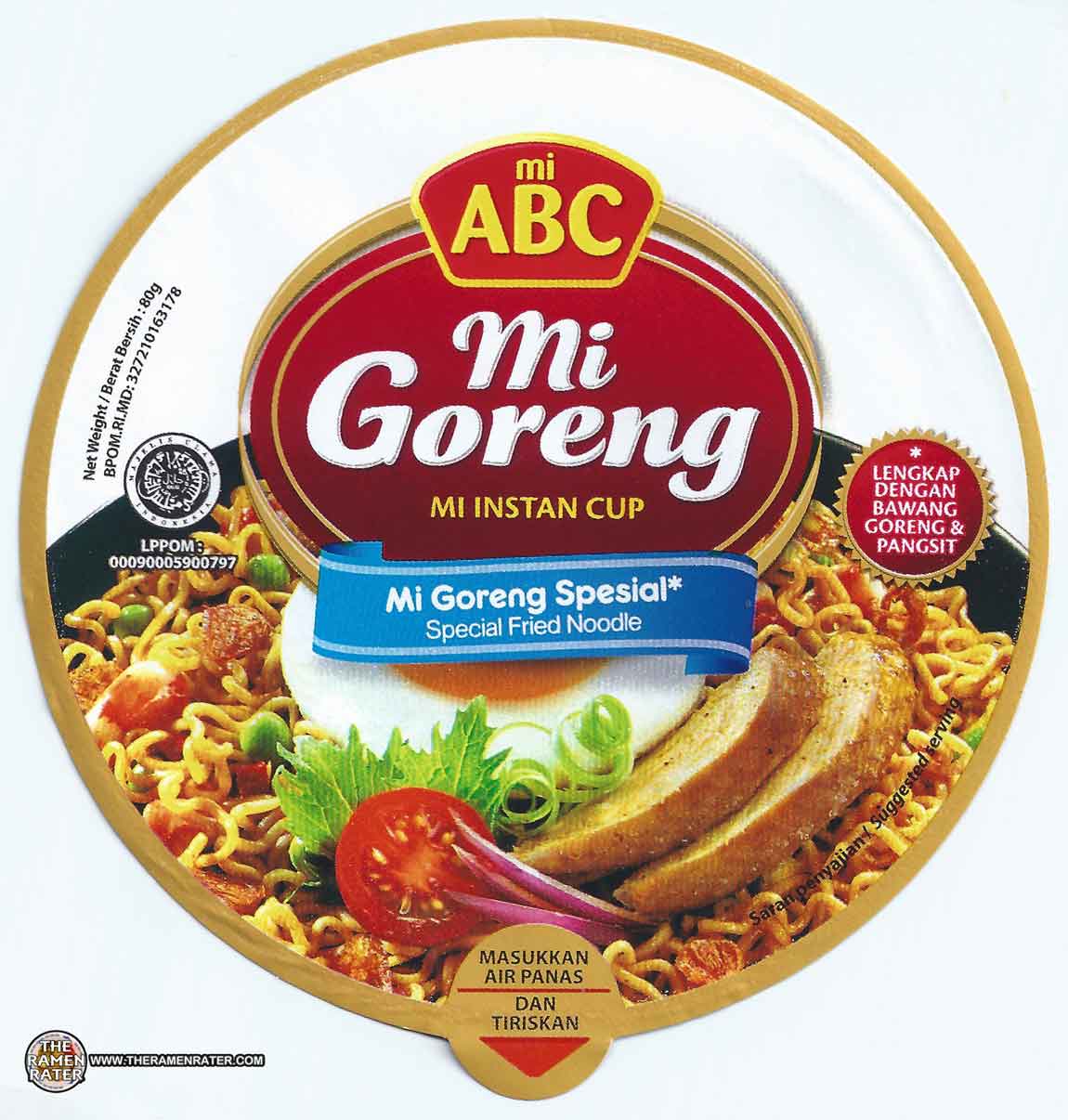 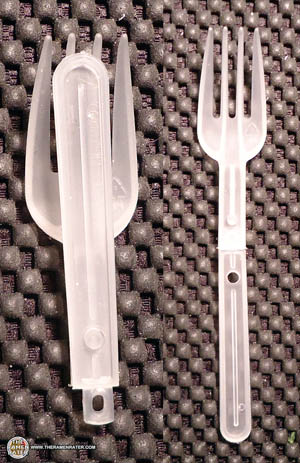 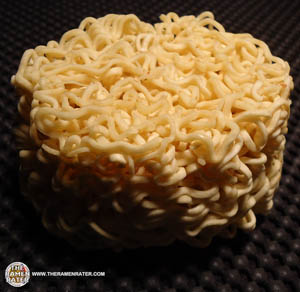 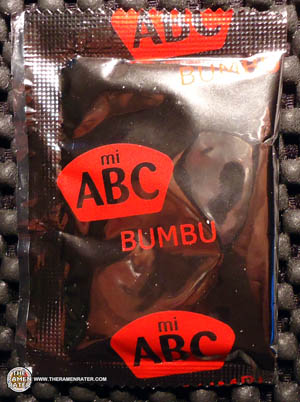 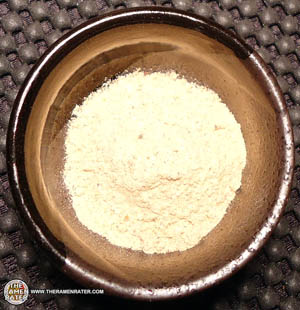 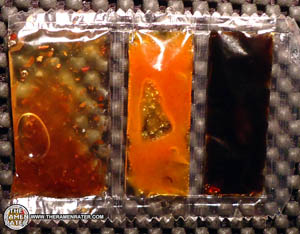 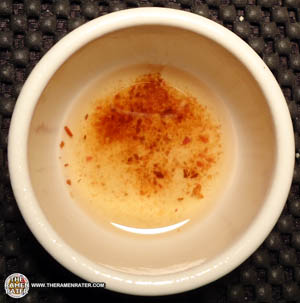 Has an onion scent. 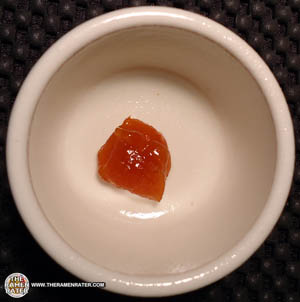 A sweet and spicy taste. 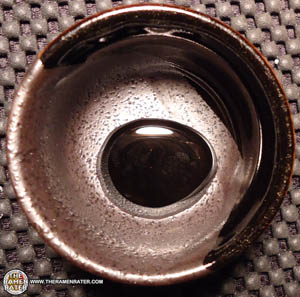 Sticky and thick, kecap manis (sweet soy sauce) isn’t the soy sauce you find predominately in the US which is salty and thin. 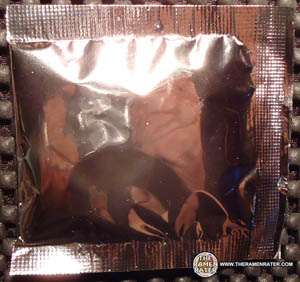 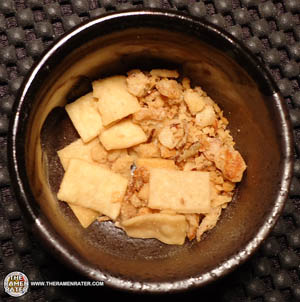 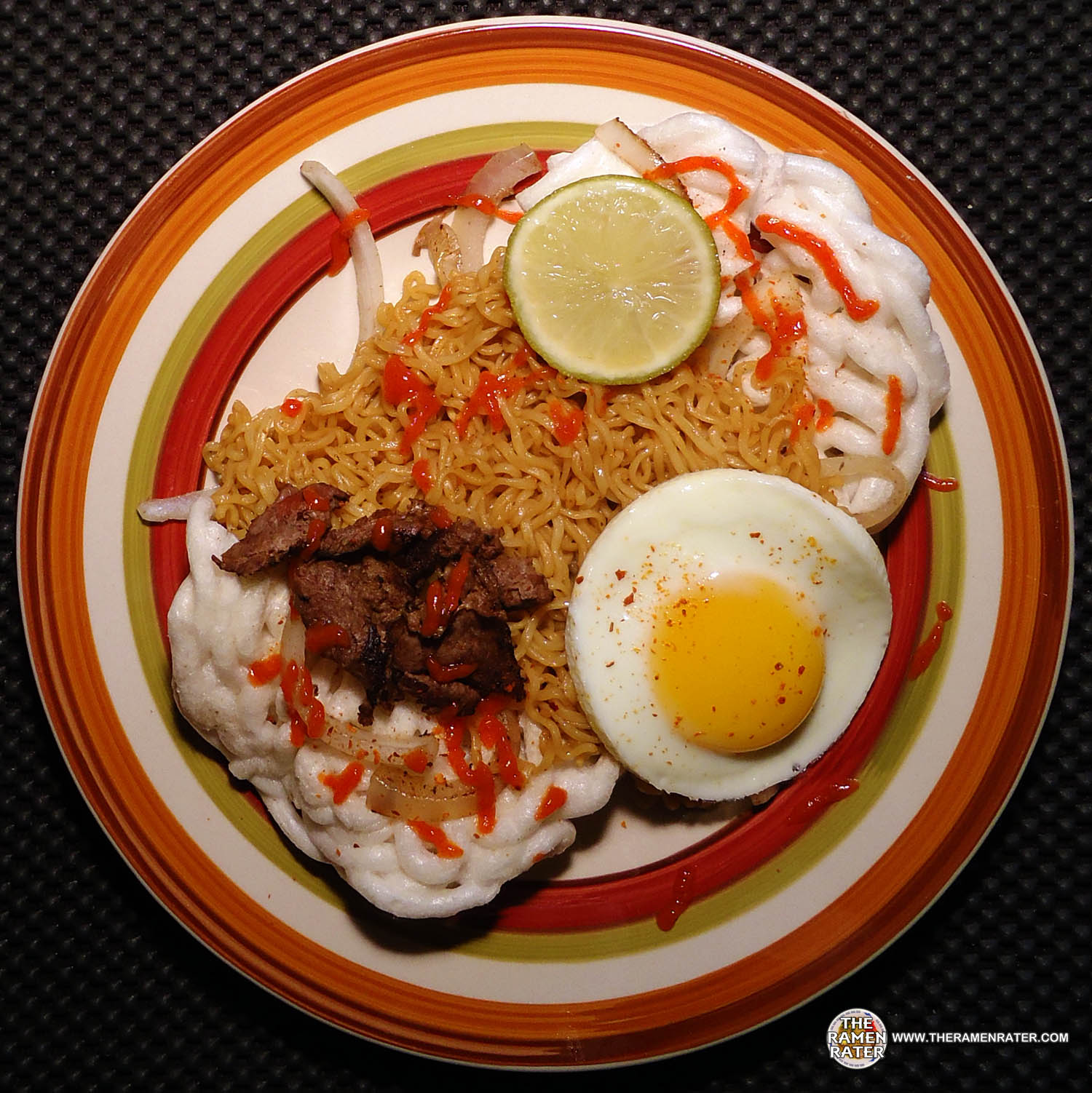 It has just come to my attention that Peter O’Toole died yesterday at the age of 81. He was in many films, but the one I found most amazing was Lawrence of Arabia. Today’s video is the first half of the film. Don’t worry, the second half is here. It’s a very long film, but I highly recommend it. By the way – there’s nothing wrong; the first couple minutes of both halves are preceded by the overture.