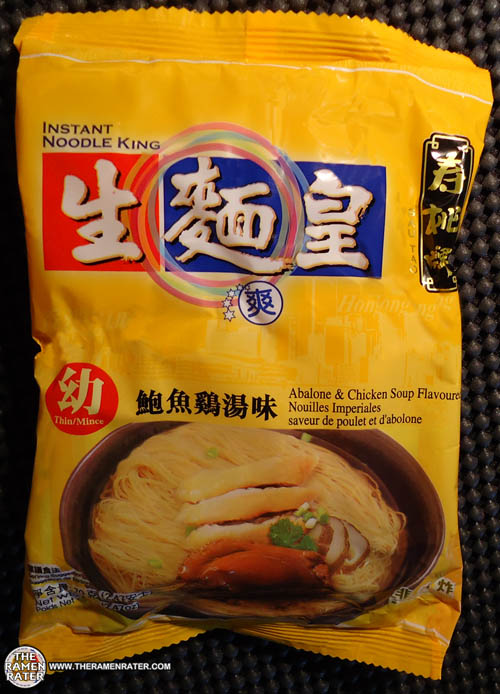 Hey – who’s the instant noodle king? Always kind of hoped I held that throne… anyways, I kind of miss the Thanksgiving turkey, but I’m not a turkey cooking kind of guy – so going with something chicken flavored. Let’s check it out! 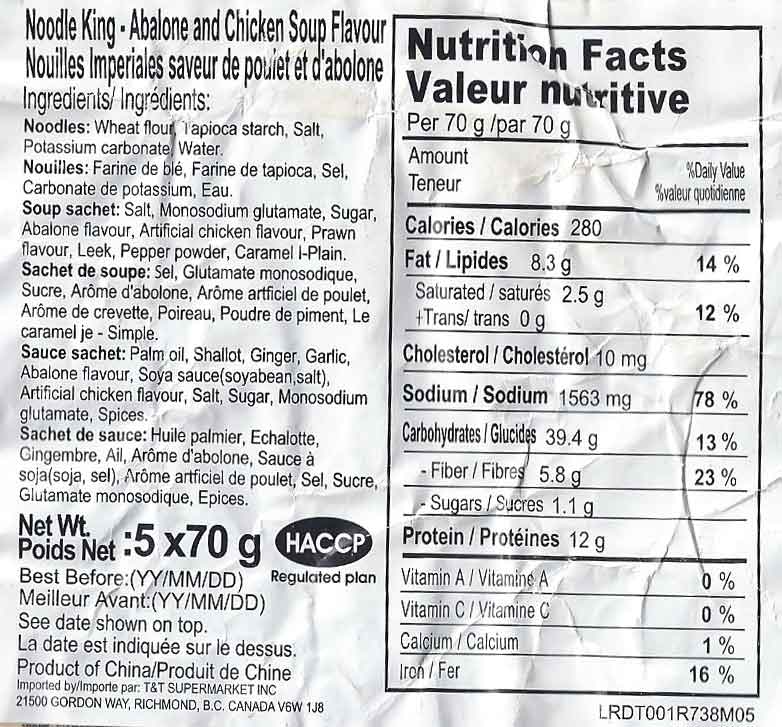 Here’s the distributor’s sticker (click image to enlarge). Looks to be meat-free but check for yourself. 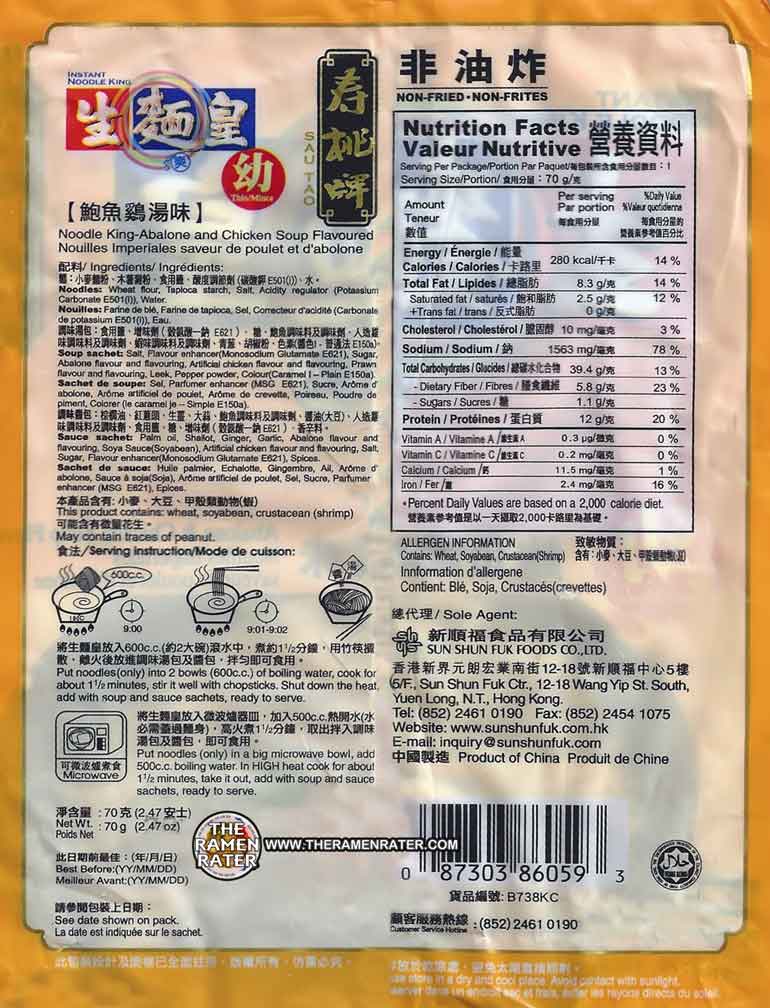 The back of the package (click image to enlarge). To prepare, put the noodles into 600ml boiling water for 90 seconds. Add sachet contents, stir, and you’re done. 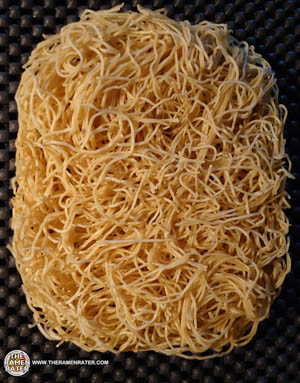 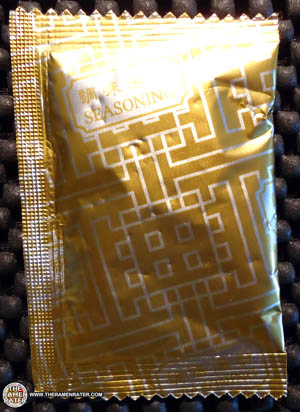 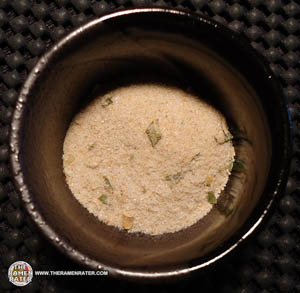 A light powder with a couple little bits here and there. 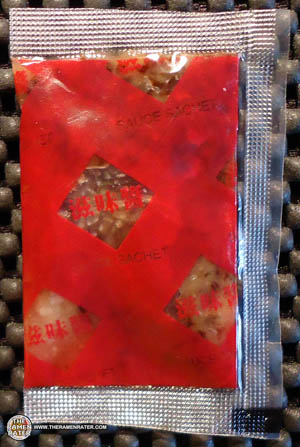 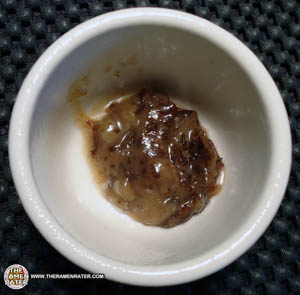 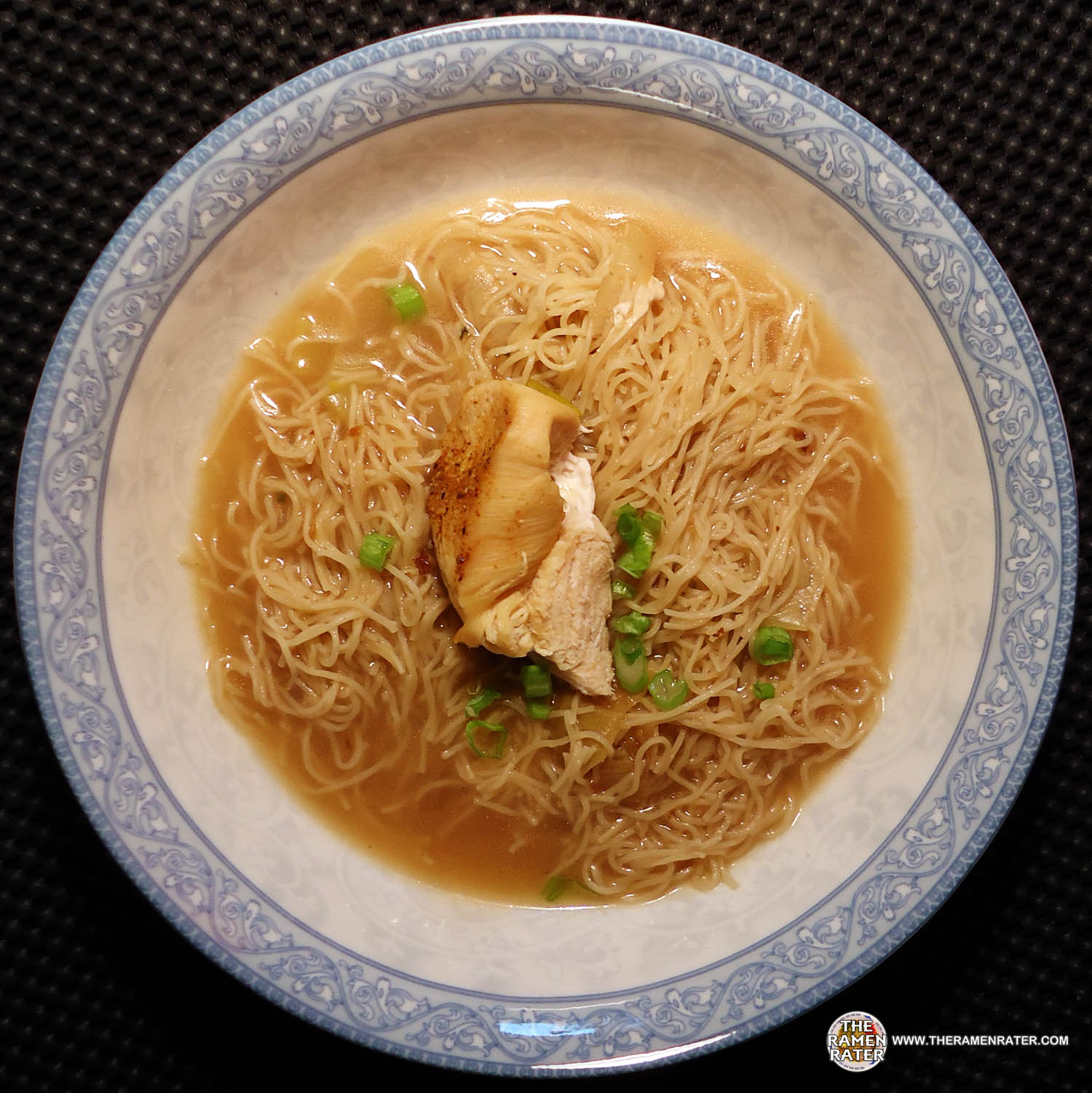 Finished (click image to enlarge). Added baked chicken with Lindberg-Snider Red Baron BBQ Spice, leeks, and some green onion. The noodles are interesting; they’re thin but kind of hearty at the same time, sucking up water nicely. The broth is just what it purports to be – chicken and abalone, so a kind of poultry/seafood combo. It’s very strong and pretty hearty too – the oil give it an extra oomph. 3.5 out of 5.0 stars. UPC bar code 087303860593.

Here’s an ad for this one.