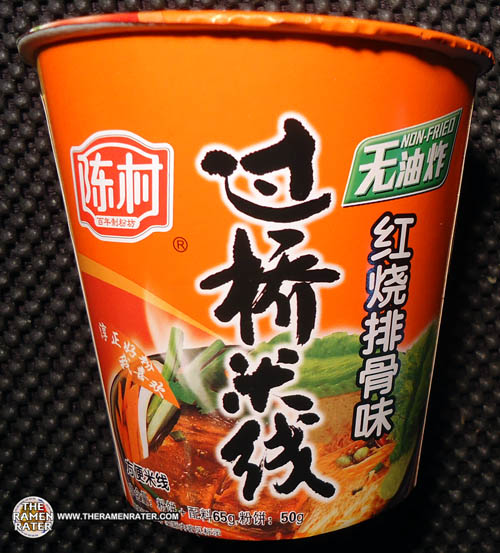 Here’s another from the trip to Canada my wife took me on for my birthday – thank you, Kit! Pork. Ribs. Let’s do this. 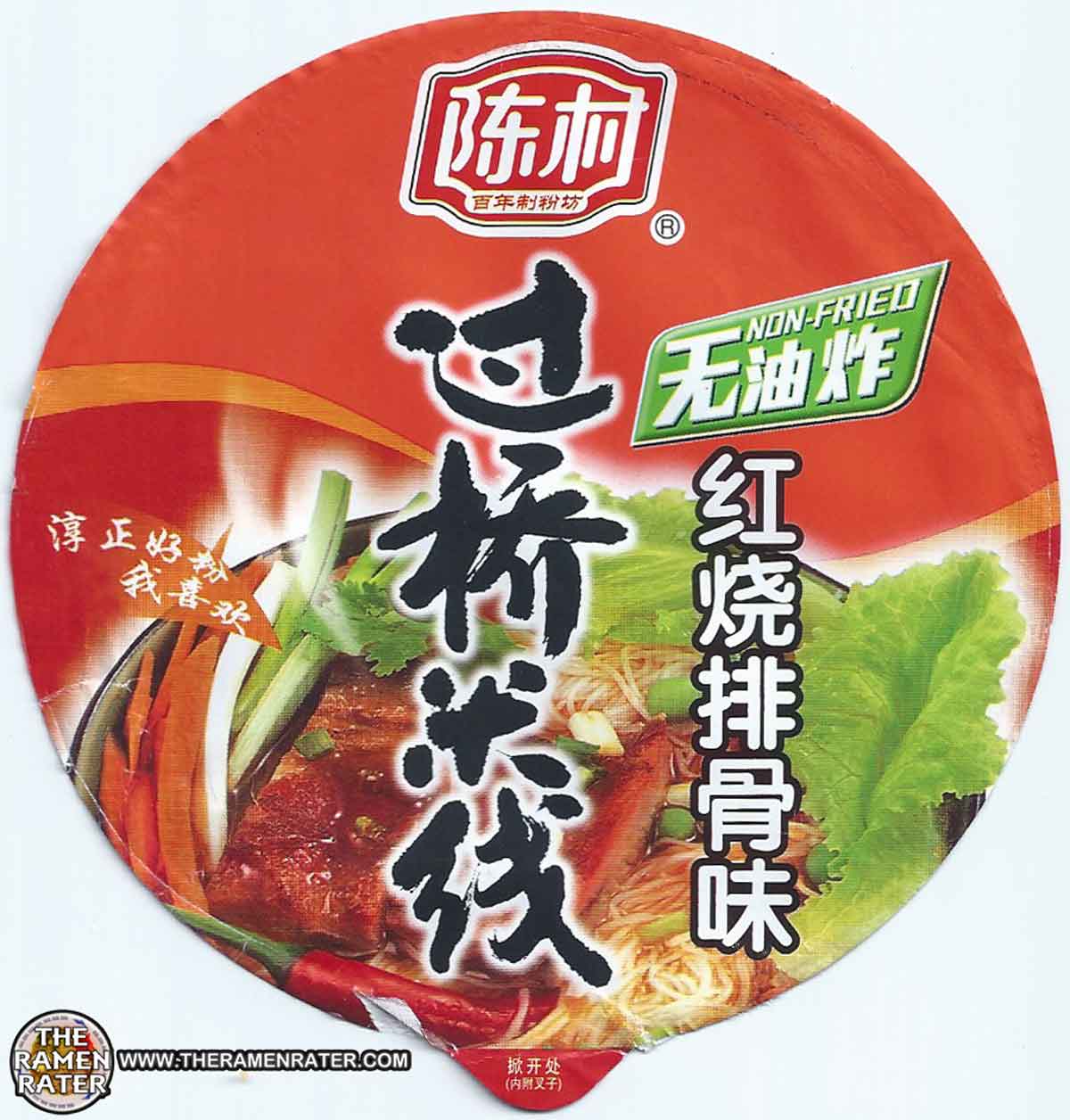 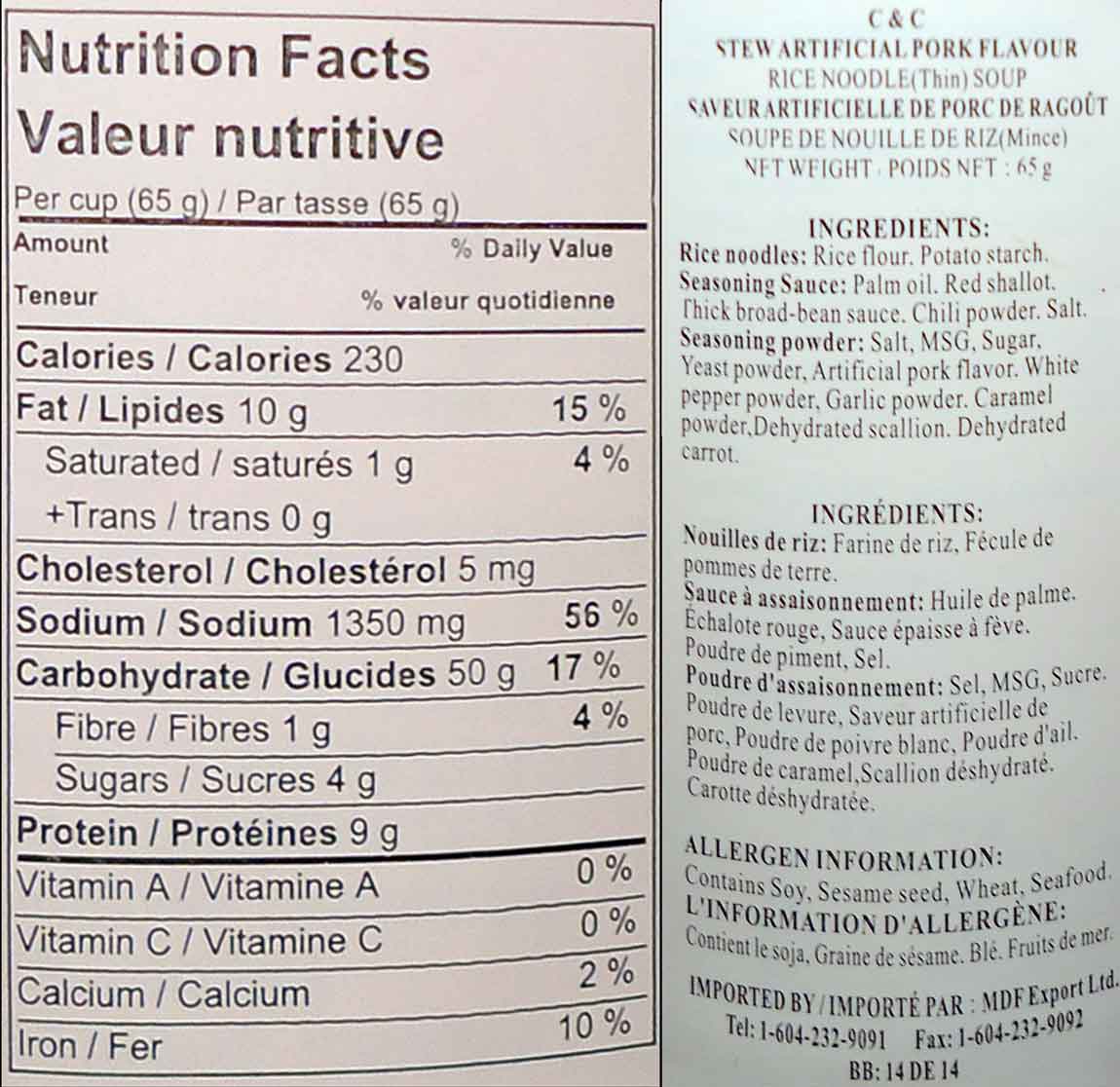 Distributor’s sticks (click image to enlarge). Looks to be meat-free but check for yourself. 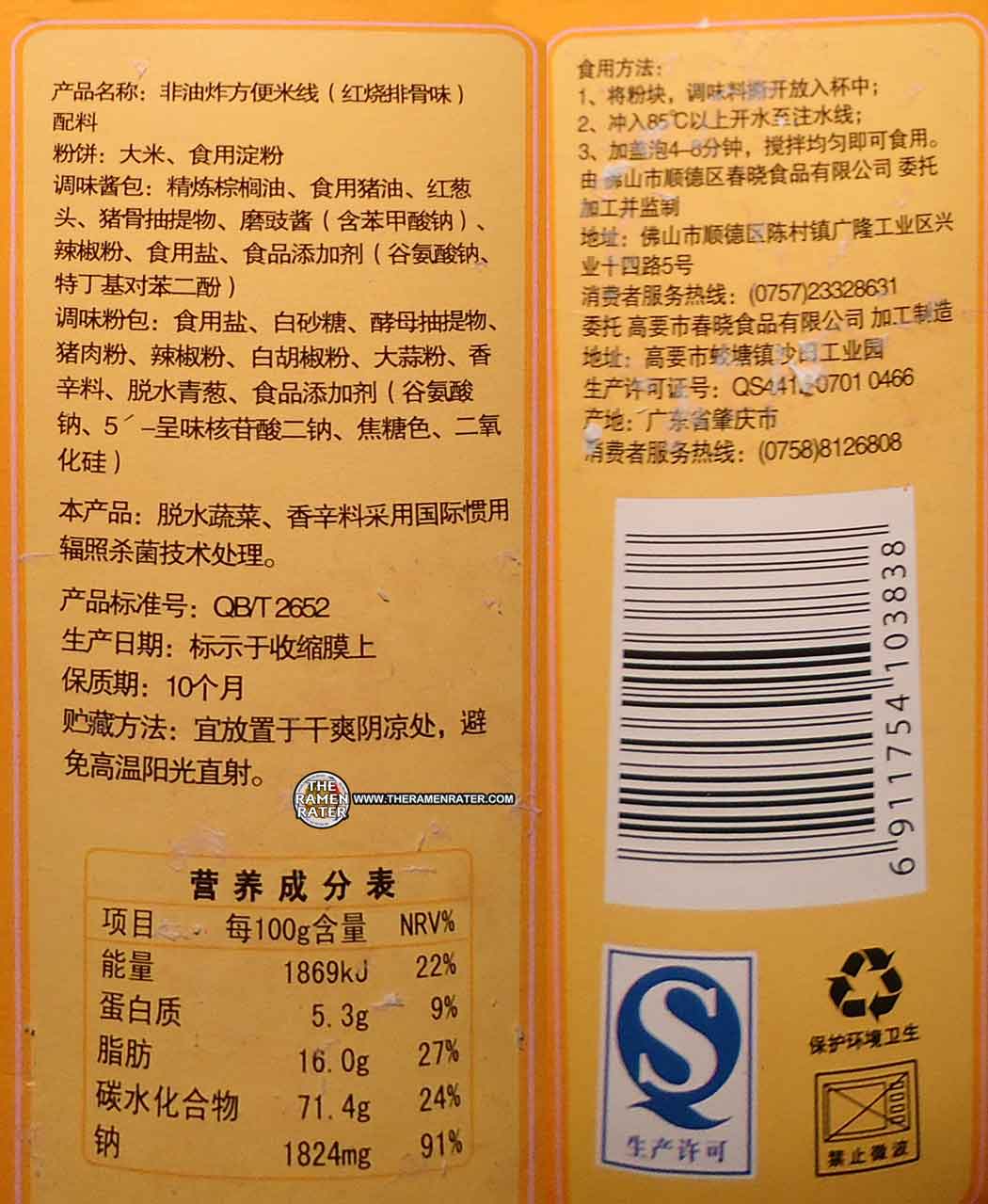 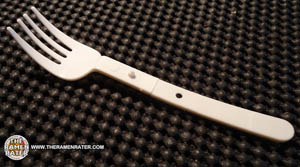 Upon opening, one is greeted by a fork! 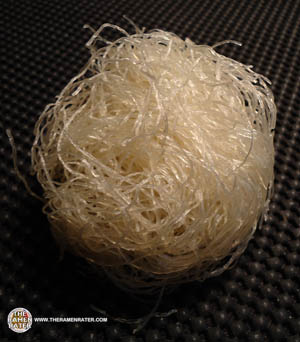 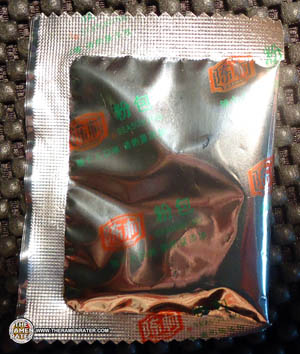 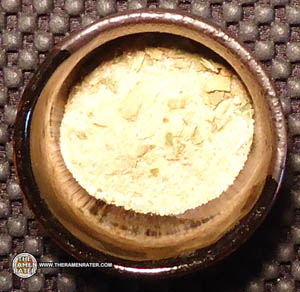 Powder with small bits of vegetables. 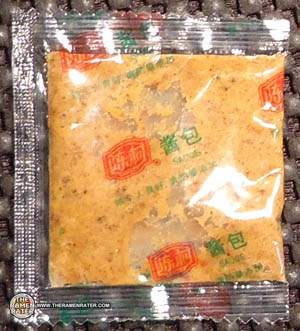 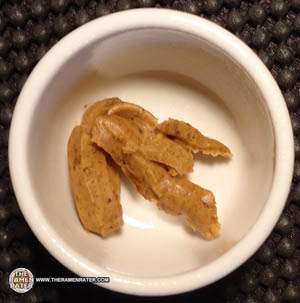 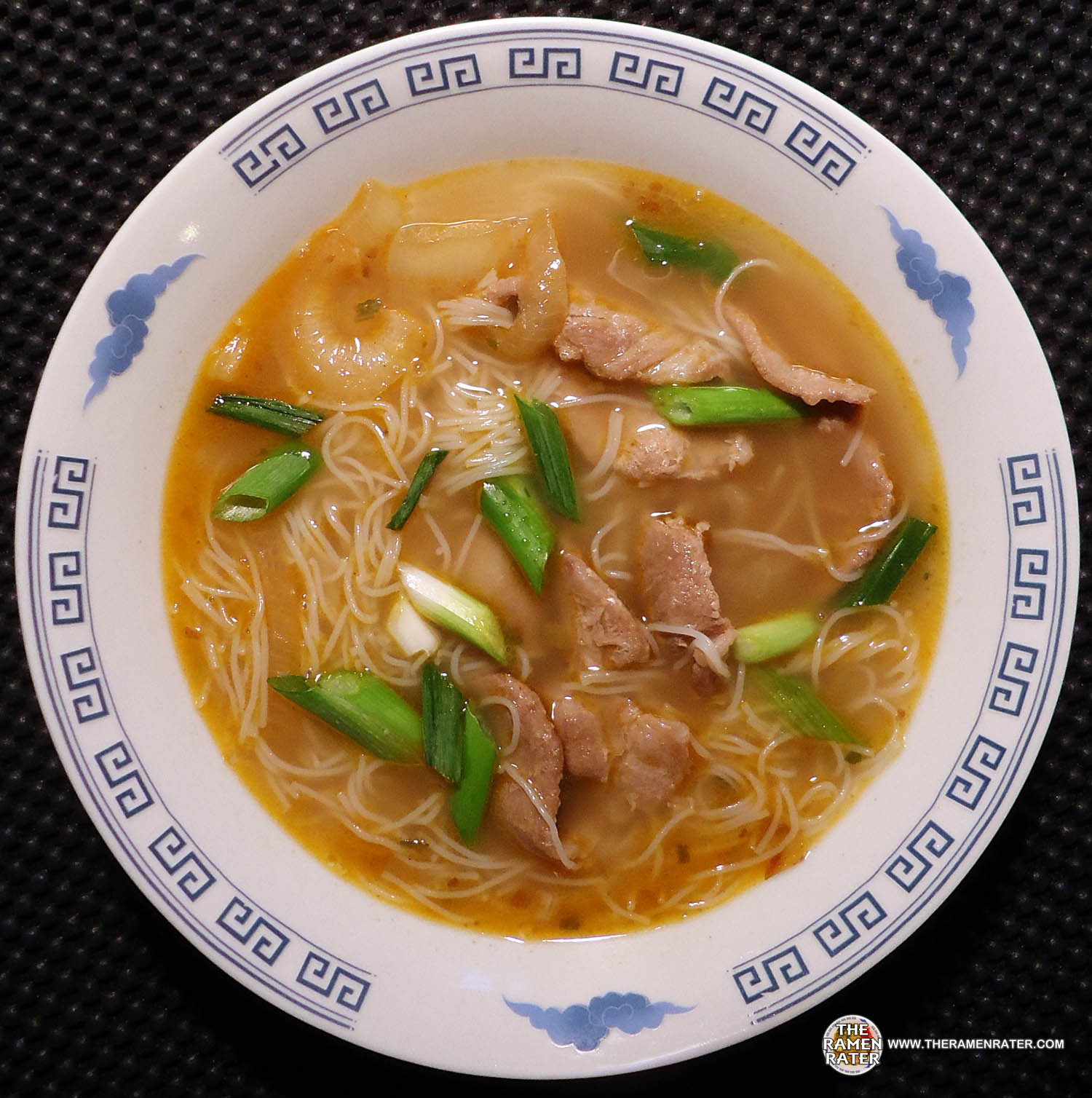 Finished (click on image to enlarge). Added pork and sweet onion sauteed with a little soy sauce and green onions. The noodles are thin and rounded. They have a nice chew and with the little bit of potato starch added, a little more filling than many. Unfortunately, even with a good stir during the steeping, there were some spots where the noodles weren’t done enough. The broth has a nice pork flavor with that little sweet, salty and meaty coagulation with oil. It all works together nicely. 3.0 out of 5.0 stars.UPC bar code 6911754103838.

[AMAZONPRODUCTS asin=”0393052303″]Want to learn all about braising? This looks likes a good start.[/AMAZONPRODUCTS]