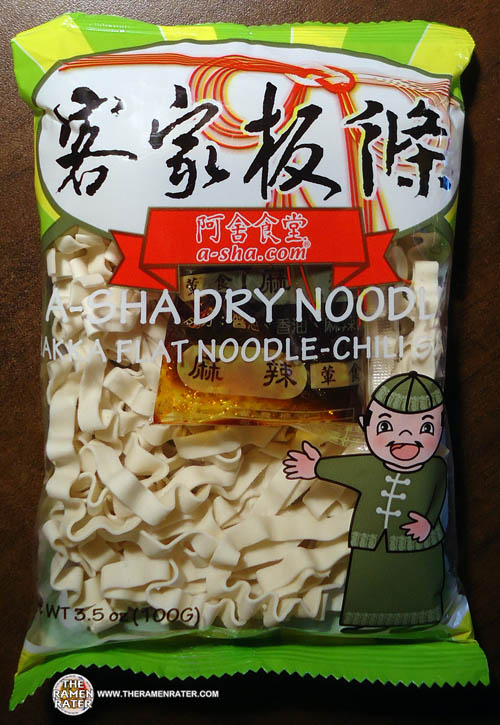 Here’s the first of seven in-depth reviews of A-Sha products. Wow – they’re wide! They’re also drained and liquid is stirred in – hmmm! So first, what’s ‘hakka?’ Wikipedia had this to share:

The Chinese characters for Hakka (客家) literally means “guest families”.[4] The Hakka’s ancestors were often said to have arrived from what is today’s central China centuries ago.[5] In a series of migrations, the Hakkas moved, settled in their present locations in southern China, and then often migrated overseas to various countries throughout the world.[6] The worldwide population of Hakkas is about 80 million, though the number of Hakka-language speakers is fewer.[2] Hakka people have had a significant influence on the course of Chinese and world history: in particular, they have been a source of many revolutionary, government, and military leaders.[7]

Elsewhere, I read that hakka noodles are characteristically wide and flat and made of durum flour. They have high protein content. Let’s try these Taiwanese noodles out! 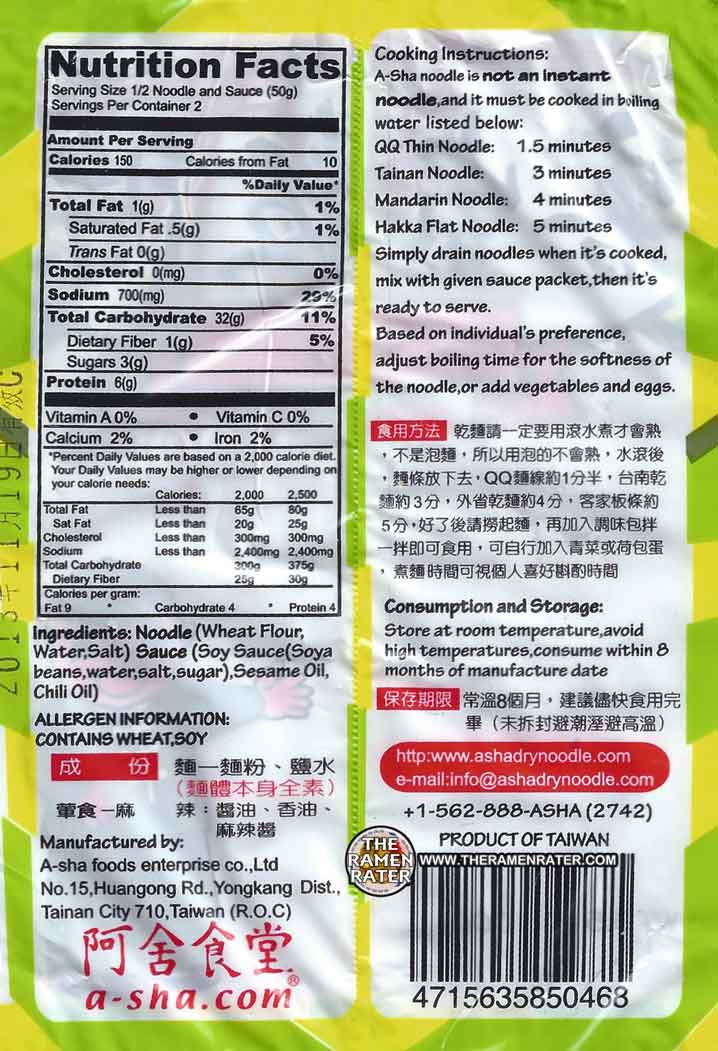 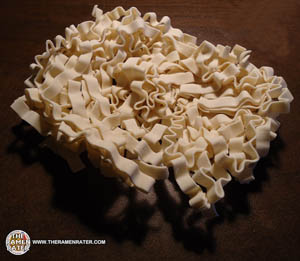 Thesse are among the widest noodles I’ve seen thus far in my history of reviewing. After boiling for five minutes, they are drained and combined with the liquid packet. 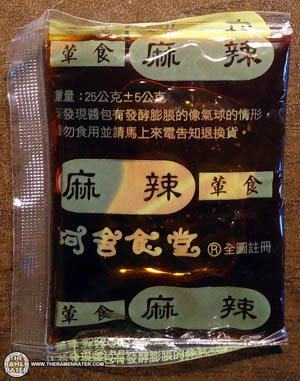 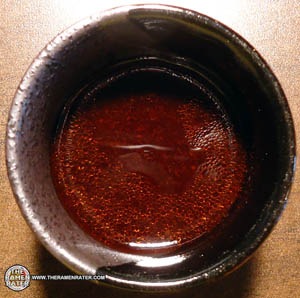 Wow – this stuff is a deep red!  A strong scent of soy sauce and spicy heat. 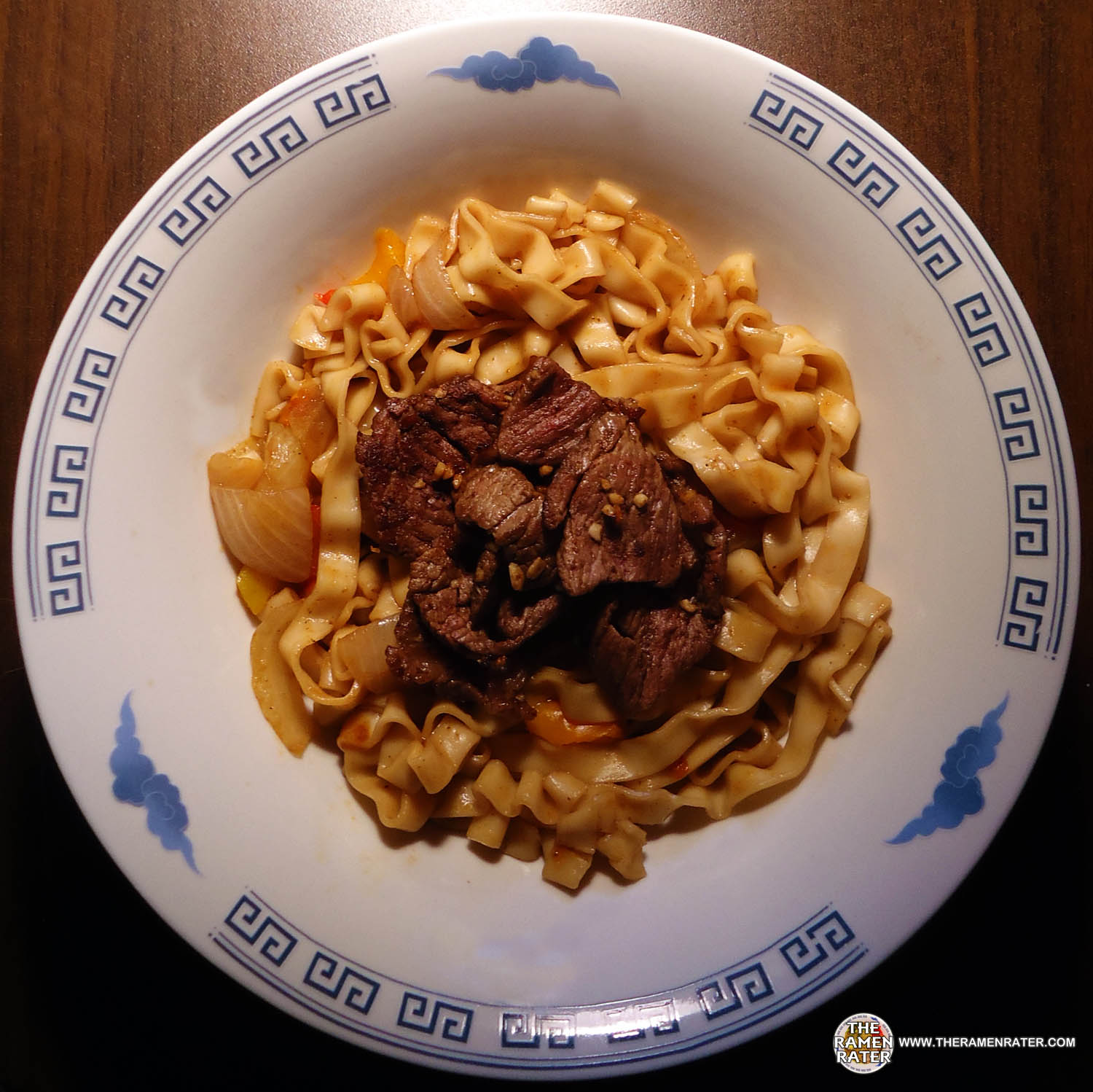 Finished (click image to enlarge). Added beef that I sauteed with minced garlic, sweet onion and red bell pepper. The noodles are wide and flat – a little wider than typical egg noodles and a little thicker too. They have a chewiness and feel unlike any other noodle I’ve experienced before – they’re quite fascinating and enjoyable. The flavoring is very good – a sweetness and then the punch of chili peppers. I wasn’t sure the small packet of seasoning would give the noodles a strong flavor, but it does and nicely so.This is very unique. I enjoy this a lot – 4.25 out of 5.0 stars. UPC bar code 4715635850468.