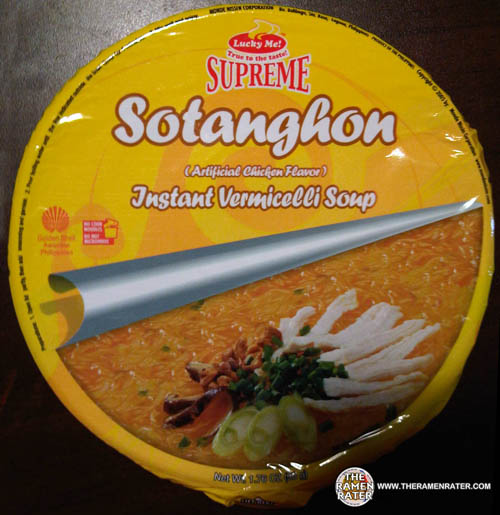 So here’s the third Sotanghon flavored instant noodles I’ve tried – the others weren’t really my thing. Hopefully I like this one a bit! 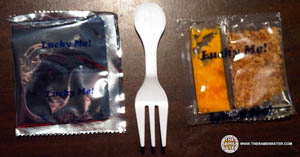 So here we have a silver packet of dry powder seasoning, a ridiculous little fork – its just far too small to be of any use I think… Then some seasoning sauce (looks like an oil) and maybe fried onions. 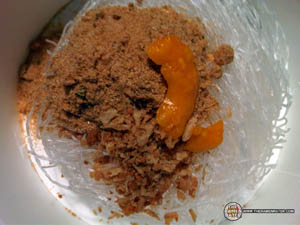 Looks like very little onion for all the liquid that’s going to be around it – but let’s giver a try! 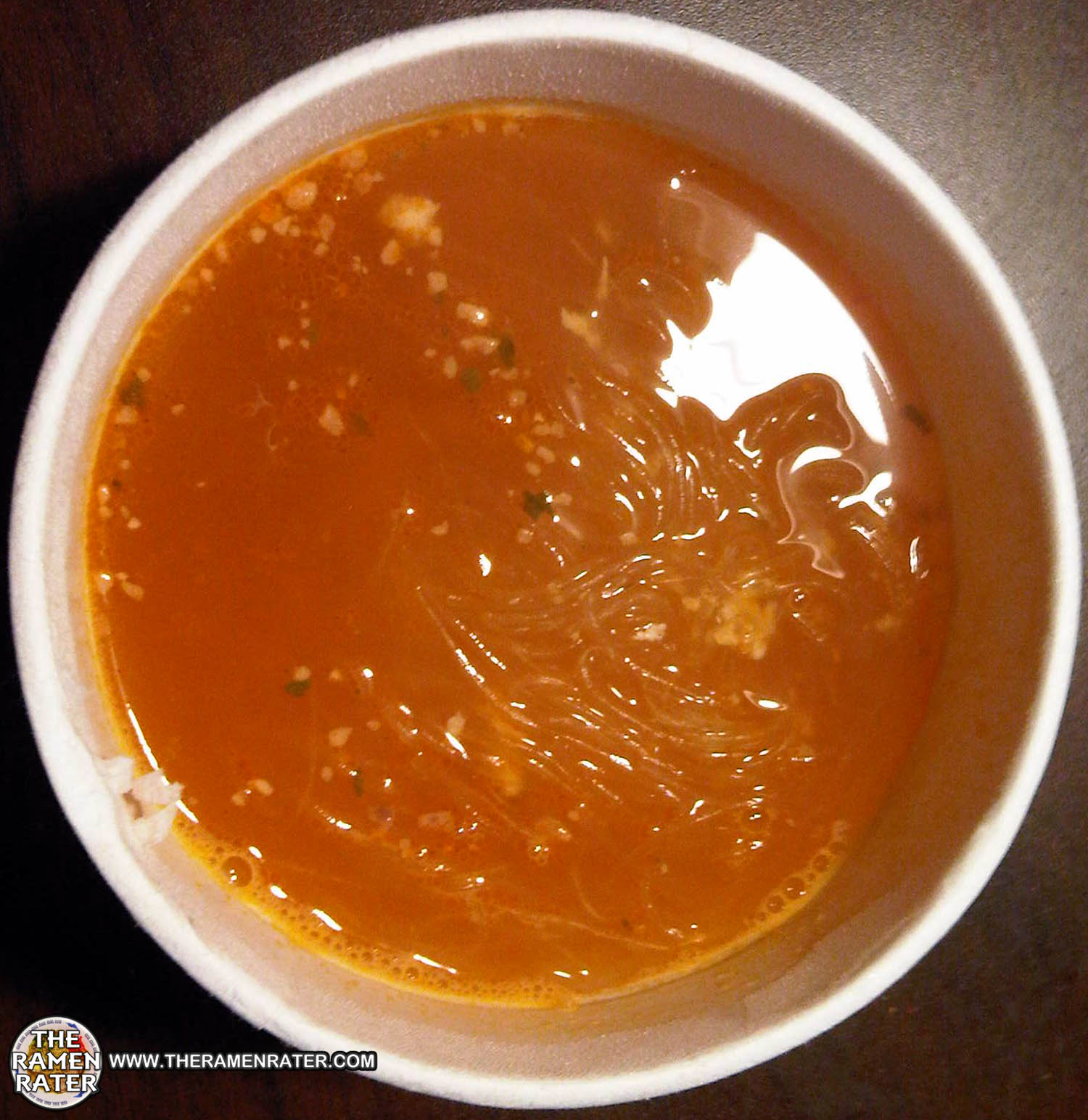 The finished product (click image to enlarge). So this is some weird stuff. I definitely like it better than the first two I’ve had but not much. The broth was kind of thick and weird; not what one would normally expect from instant noodle broth; it’s more meaty if that makes any sense. Kind of like the broth you would get from boiling a turkey carcass for hours.  The thin rice vermicelli does work here and I liked them. The ‘veggies’ if you want to call them that danced around and kind of looked at my fork like some kind of alien scalpel of mistrust. In the end, not bad but not my fave by any means. 3.75 out of 5.0 stars. Find it here.