NOTE: Paldo World is no longer at this location. However, there’s a new Korean supermarket called KS Mart. 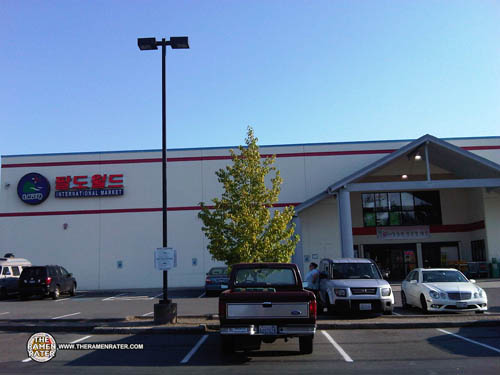 This one’s much like H Mart – it has a main grocery area and small satellite stores. 99 Ranch is this way too, but less of a Korean-based store. 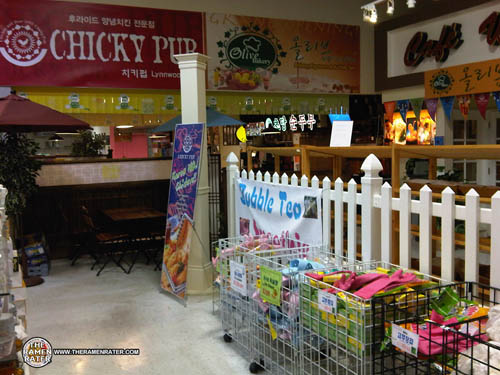 So quite a few interesting places in here – among them a bank, an AT&T store a place called ‘Chicky Pub’ where you could get a beer and some fried chicken, and a couple other little things. 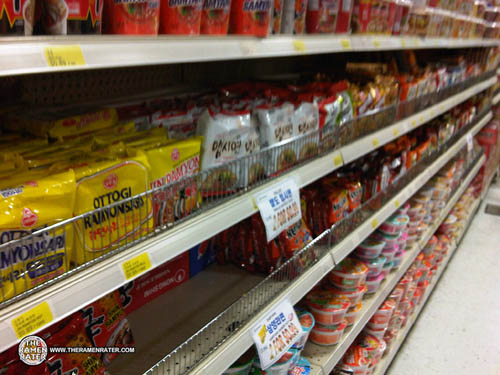 A pretty decent instant noodle bowl and package selection here. One thing I liked was seeing some products that I’d only seen in 5 packs in singles, so I could try them without having to repeat eat. 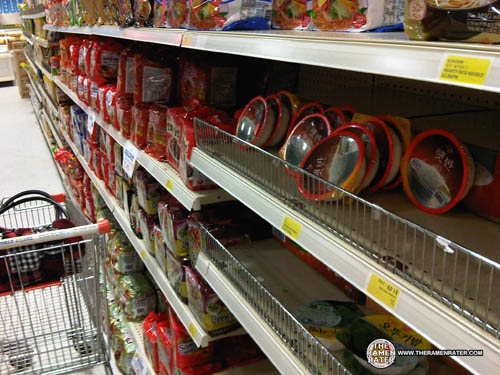 Lots of 5 packs and bowls of things… 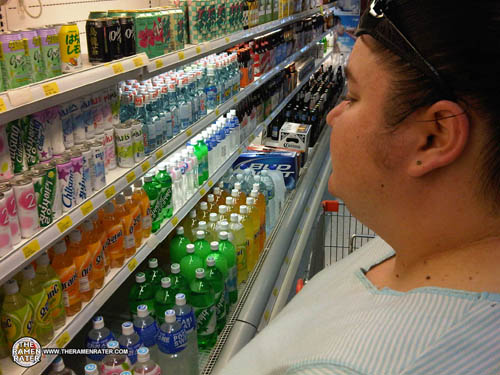 A nice array of foreign beverages. We went for the pear juice which will be paired with something fizzy later this evening. 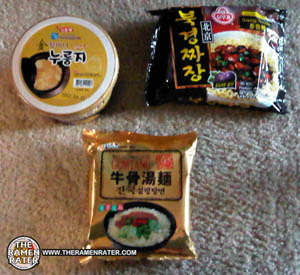 Here’s what I came home with and what will be reviewed in the future. Pal-Do world offers some interesting stuff.