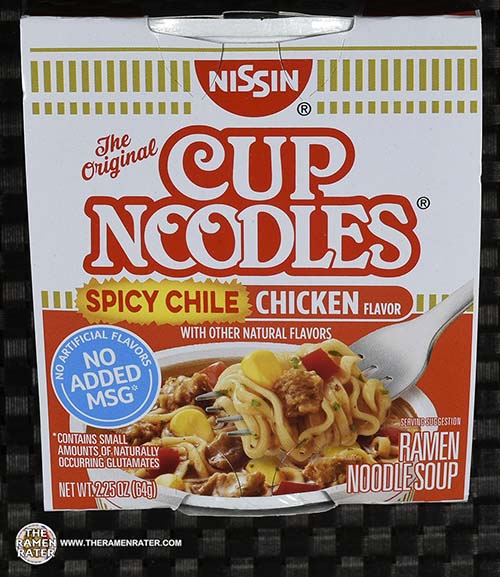 Finally, after decades of sticking with the same recipe, Nissin has decided to go with something new. On Cup Noodles’ 45th anniversary here in the USA, they’ve changed it to make it healthier. Some changes are no added MSG and no artificial flavors. Furthermore they’ve lowered the amount of sodium in these cups from the previous versions using potassium chloride.  So, let’s give this Spicy Chile Chicken a try! 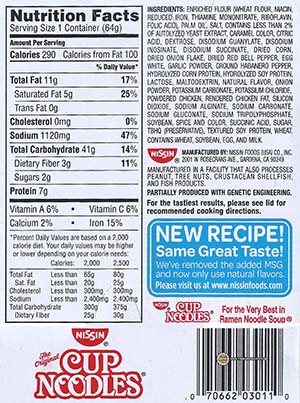 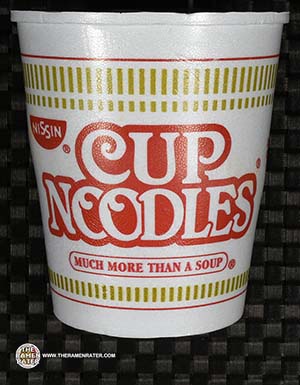 The iconic cup in all of its glory! Maybe the same old cup, but it works well. 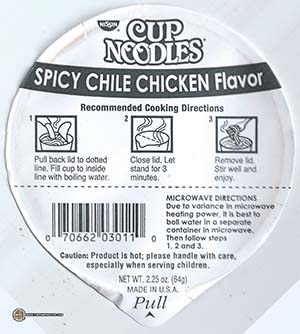 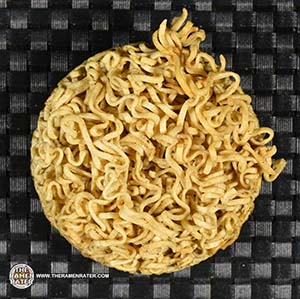 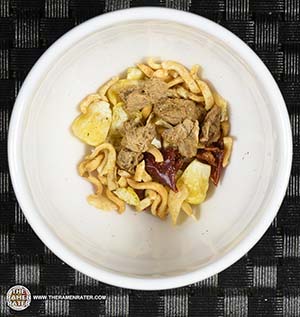 Seasoning and loose vegetables from the cup. Seems like some bell pepper, corn and chicken bits here. 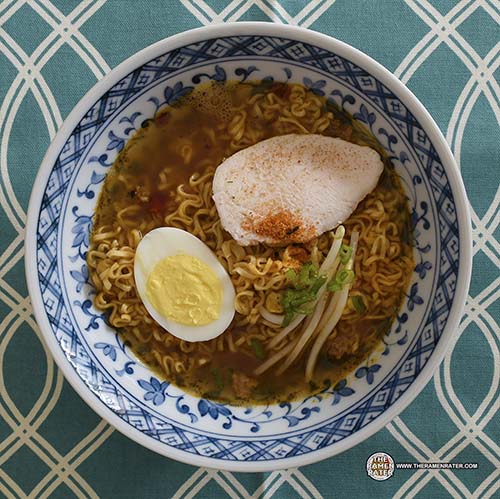