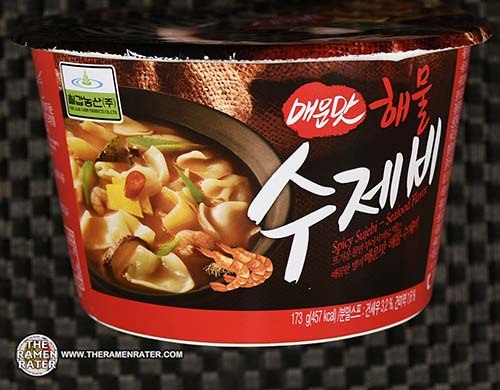 Found this one yesterday at Boo Han Market in Edmonds, Washington. So it had a sticker on the side which pulled a bit off but I can still make out the cooking instructions from what’s left. The sticker mentioned ‘Korean pasta’ which I found compelling. This is sujebi – let’s see what Wikipedia has to say –

Sujebi[1] (수제비, in S. Korea), ttŭdŏ-guk (뜨더국, in N. Korea), or hand-pulled dough soup[1], or Korean-Style Pasta Soup, is a Korean traditional soup consisting of dough flakes roughly torn by hand, with various vegetables. The flavor and recipe resemble kalguksu, except that the latter is made with noodles rather than wheat flakes. It is commonly considered a dish to consume on rainy days, along with bindaetteok.

The broth for sujebi is usually made with dried anchovies, shellfish, and kelp. In order to obtain a rich, umami flavor, the ingredients should be simmered for many hours. Added to this broth are soft noodles and various vegetables or kimchi, most often zucchini and potatoes.

From the Joseon period, people started making various types of sujeobi according to various purposes. Sujebi is today considered a typical commoner’s food, but in the past, it was relatively rare and used for special occasions especially janchi (잔치; feast, banquet) such as dol janchi (the celebration of a baby’s first birthday).

The names of sujebi vary according to regions in Korea. [2]

This sounds really interesting. The package mentions this is a seafood flavor and shows some shrimp there. Let’s give it a go!

Detail of the side panels (click to enlarge). Unsure whether this contains seafood or meat – check for yourself. To prepare, add boiling water to fill line and cover for 4 minutes. Add in sachet contents. Finally, stir and enjoy! 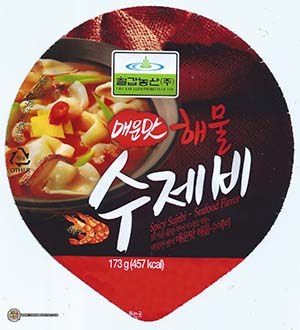 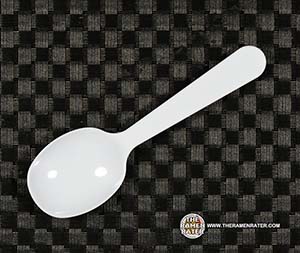 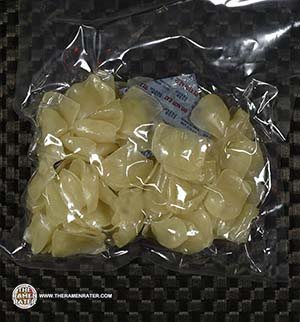 Here’s a pouch of the pasta. 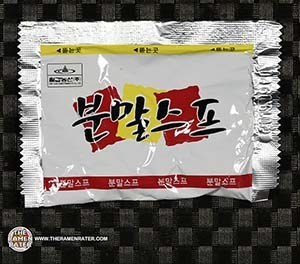 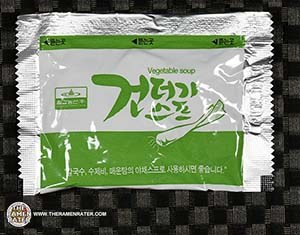 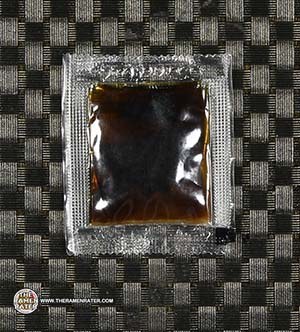 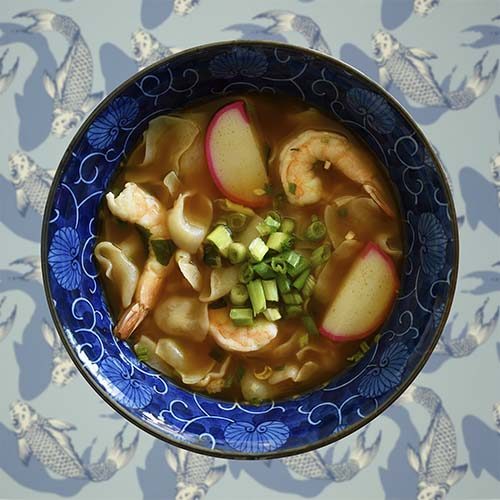 Finished (click to enlarge). Pasta reminded me of shells in a way. They were definitely chewier and pretty good mouthfeel. Broth was spicy with a very strong shellfish taste to it. Vegeteables were oft found and of interesting character. 3.0 out of 5.0 stars.  EAN bar code 8801759016616.