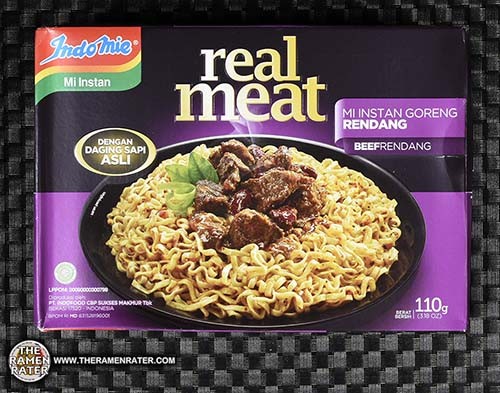 First, thanks to Robert Z for sending this along! Check out his amazing www.dadbert.com blog!! II mean wow – I’ve been wanting to try these for a while now and figured I would probably never get one. So yeah – it’s in here – real meat! Rendang is also one of my favorite things in the known universe. Here’s a little about it from Wikipedia –

Rendang is a spicy meat dish which originated from Indonesia, especially the ethnic group of Minangkabau people,[2] and is now commonly served across the country.[3] One of the characteristic foods of Minangkabau culture, it is served at ceremonial occasions and to honour guests.[4] Rendang is also served among the Malay community. Rendang is traditionally prepared by the Minangkabau community during festive occasions such as traditional ceremonies, wedding feasts and Hari Raya (Eid al-Fitr).

Although culinary experts often describe rendang as a curry,[2][5] rendang is usually not considered as such in Indonesia since it is richer and contains less liquid than is normal for Indonesian curries.[6] In 2011 an online poll of 35,000 people by CNN International chose rendang as the number one dish of their “World’s 50 Most Delicious Foods (Readers’ Pick)” list.[7] In 2018, rendang is officially recognised as one of 5 national dish of Indonesia.[8]

Awesome – yeah rendang is amazing stuff – if you’re ever near Edmonds, Washington – hit up Waroeng Jajanan on Highweay 99 try the rendang there! Everything else too for that matter – Jonathan makes some wonderful food. Let’s check out this meaty Indonesian variety! 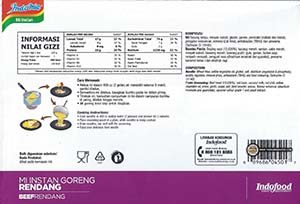 Here’s the back of the package (click to enlarge). Contains beef. To prepare, add noodle block to 400cc boiling water for 3 minutes. Drain. Add in sachet contents. Finally, stir and enjoy! 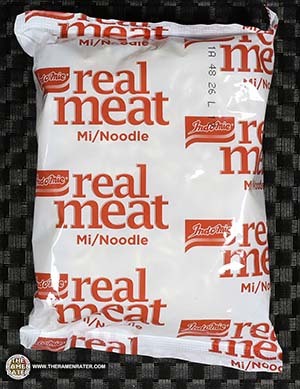 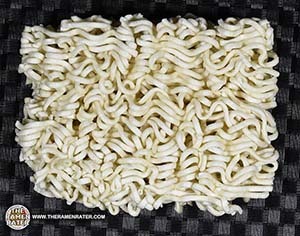 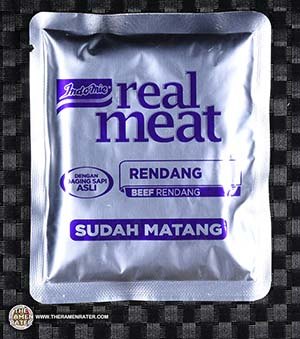 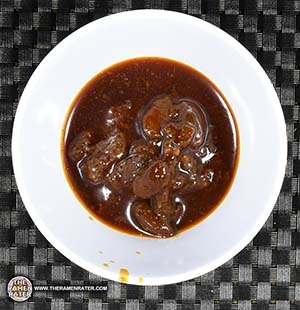 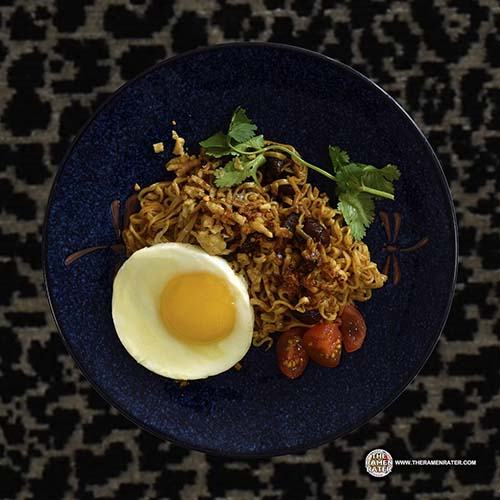 Finished (click to enlarge). Added fried onion, fried egg, cherry tomato, and coriander with a dash of BonCabe. The noodles were just great – the flavor clung to them happily and they had the right chew and gauge. The flavor was that of rendang – sweet and hot and full of flavor. The meat? Dry beef chunks and beans combined to make things tasty and really wonderful. I’m thrilled – nice when you get hyped up about something and it ends up being really great. 5.0 ouf of 5.0 stars.  EAN bar code 089686045017.