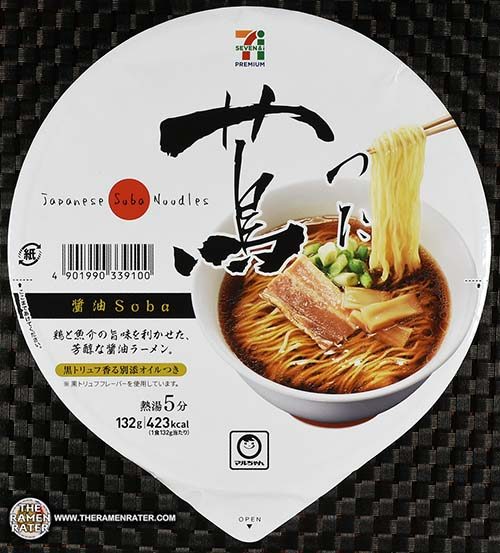 This one comes by way of Japan Ramen Box. Japan Ramen Box is a new subscription box outfit with neat varieties to check out! Go visit their website and have a look!

This variety features some premium things – truffle oil being the chief among them, but the noodles look pretty nice as well. Here’s a little about them from Wikipedia –

Soba (そば or 蕎麦) (/ˈsoʊbə/, Japanese pronunciation: [soba]) is the Japanese name for buckwheat. It usually refers to thin noodles made from buckwheat flour, or a combination of buckwheat and wheat flours (Nagano soba). They contrast to thick wheat noodles, called udon. Soba noodles are served either chilled with a dipping sauce, or in hot broth as a noodle soup.

In Japan, soba noodles are served in a variety of settings[1] throughout Japan, but are also served by expensive specialty restaurants. Markets sell dried noodles[2] and men-tsuyu, or instant noodle broth, to make home preparation easy. There are a wide variety of dishes, both hot for winter and cold for summer, using these noodles.

Soba is a good nutritional addition to a diet reliant on white rice and wheat flour. Thiamine, missing from white rice, is present in soba; eating thiamine (vitamin B1) can help prevent the disease beriberi. Soba contains all eight essential amino acids, including lysine, which is lacking in wheat flour. The tradition of eating soba arose in the Edo period.

Here’s a little about shoyu broth as well –

Shōyu (醤油, “soy sauce”) ramen is the oldest of the four, it has a clear brown broth, based on a chicken and vegetable (or sometimes fish or beef) stock with plenty of soy sauce added resulting in a soup that is tangy, salty, and savory yet still fairly light on the palate. Shōyu ramen usually has curly noodles rather than straight ones, but this is not always the case. It is often adorned with marinated bamboo shoots or menma, green onions, kamaboko(fish cakes), nori (seaweed), boiled eggs, bean sprouts or black pepper; occasionally the soup will also contain chili oil or Chinese spices, and some shops serve sliced beef instead of the usual chāshū.

Detail of the side panels (click to enlarge). Contains pork. Unsure but pretty sure it contains fish. To prepare, add garnish sachet and boiling water to fill line. Let steep for 5 minutes. Add in liquid sachets. Finally, stir and enjoy! 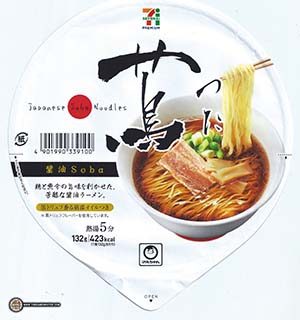 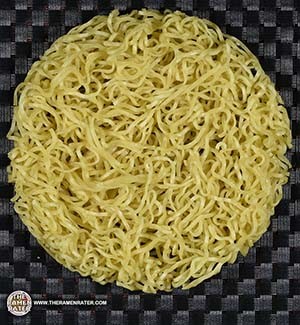 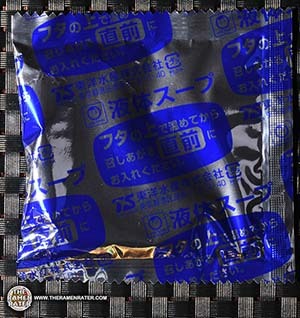 A large liquid base sachet. 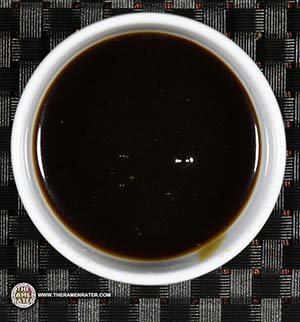 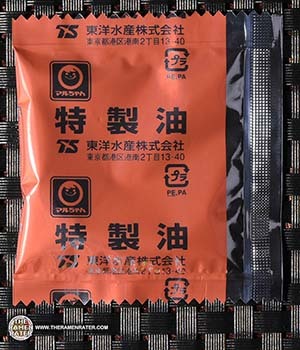 Another liquid base sachet. 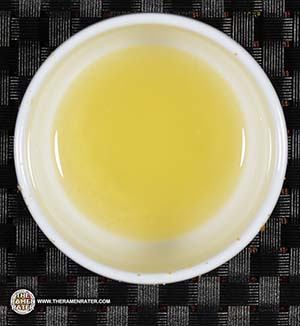 Guessing this is the truffle oil. 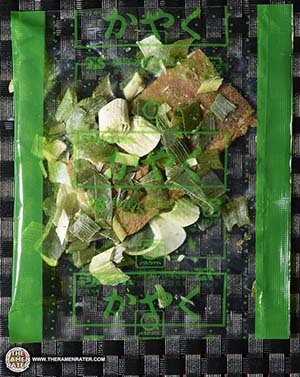 A sachet with vegetables and.. 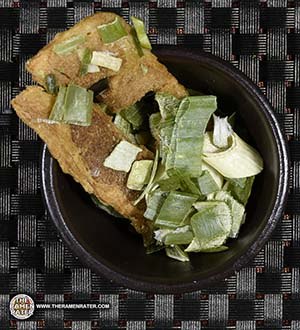 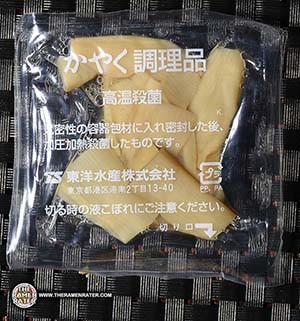 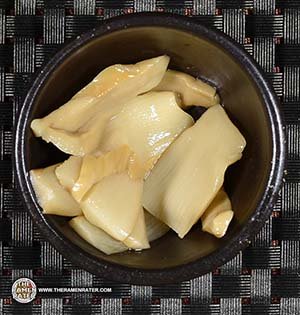 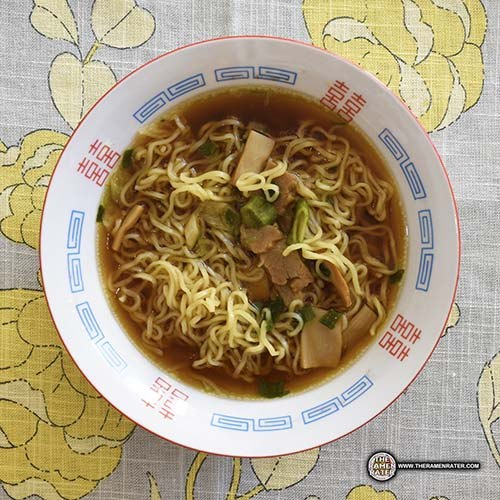 Finished (click to enlarge). Noodles are very good – just about as good as instant noodles can get – love them. The broth has a rich pork and soy taste to it and the truffle oil just makes it smile and blossom. This is tasty stuff, folks. The included garnish was great – nice pork, spring onion and menma (I think) round out the bowl. 5.0 out of 5.0 stars. JAN bar code 4901990339100.